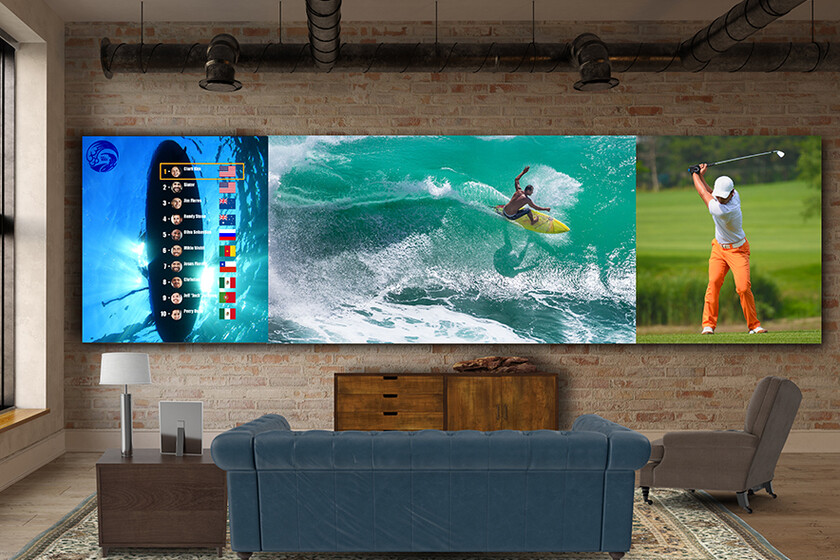 In recent years we are witnessing the arrival of a new television panel technology called microLED that promises more brightness delivery, more and better color representation and almost infinite contrast.

Samsung and Sony have so far been its top representatives, with awesome models of gigantic proportions that they have been announcing in different fairs and that for now are only available to a small group of wealthy buyers as well as to the professional sector.


Now it is LG that also wants to enter this sector with its DVLED (Direct View LED) panels, until now only focused on the commercial market, but that seem already ready to reach the domestic sector in the LG Direct View LED Extreme Home Cinema Display version.

Unlike conventional LCD-LED televisions, DVLED It is based on self-emitting pixels that do not need a backlight, which increases contrast and eliminates blooming problems.

The technology works by means of modular panels that are joined together to create display surfaces of between 108 and 325 inches with resolutions of 2K, 4K and 8K, depending on the user’s needs.

In addition, we are not limited to classic 16: 9 aspect ratios, but as we see in the images it is possible to choose to install screens of up to 32: 9, which gives the option of having a conventional TV in the center and accessory screens at the ends for multi-angle content or immersive games.

As we can see, the idea of ​​being able to offer a modular system that we can adapt to the dimensions of our walls and our particular needs, although it remains to be seen whether the joints between panels they are completely invisible, in my opinion weak point of the current modular microLED technology.

DVLED technology for the domestic sector already appears on the manufacturer’s website for the United States, although there are no specific prices and of course it is not something that we can buy in normal stores, but will require a specialized installation by the brand that will also supervise the correct functioning of the equipment once put at home.

you can have the Mona Lisa in your living room

Technics launches its new SU-G700M2 amplifier, a stereo model with a retro look for hi-fi enthusiasts

Sonos updates the Roam speaker improving autonomy, the stereo connection with another speaker and incidentally updates the Sonos S2 app

What to watch this week on Netflix, HBO and Amazon Prime Video