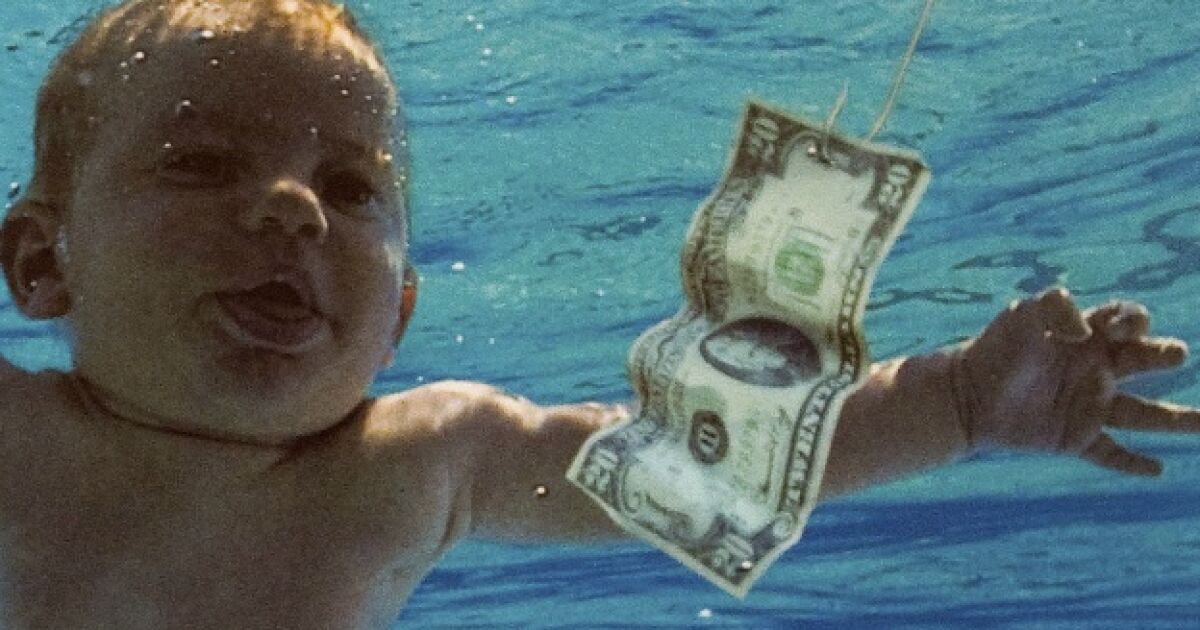 Musically, the explosion was total, with songs like “Come As You Are” or “In Bloom” that for the American music critic Alex Ross oscillate “between meditation and struggle”. A mixture of calm and storm that emerged from the studio of Butch Vig, Garbage’s music producer and drummer.

For another rock specialist, the Frenchman Nicolas Dupuy, it is a synthesis between “Black Sabbath (founding group of heavy metal) and the Beatles”.

And although three decades later “Nevermind” is also news for negative reasons (the baby on the cover sued Nirvana in late August for child pornography), rock was never the same again after the single “Smells Like Teen Spirit”, whose The video clip was looping through the MTV chain, “the reference medium of the time,” says Blum.

“‘Nevermind’ inaugurated ‘grunge’, achieved its goal”, says Dupuy. Nirvana only hoped that the sales would allow them to pay the rent but the album dethroned “Dangerous”, Michael Jackson’s eighth studio album, from the top position in the sales charts.

However, the rock prophet costume was too big for Kurt Cobain. Success and his drug addiction didn’t help. Finally, he committed suicide in 1994 at age 27, like Jim Morrison, Janis Joplin and Jimi Hendrix.

Cobain had time, however, to make a political message of his career. “He wore dresses and openly said that ‘if you are racist or homophobic, don’t come to our concerts’, he also invited girl bands to his tours,” says Charlotte Blum.

Read:  "Dani Rojas is the character I prepared for without knowing"

Currently, the artists who admit to being influenced by the second album of the group, go beyond the guitar bands. For rappers like Travis Scott (born 1991 and who often wears Nirvana T-shirts), Kurt Cobain “could have been a hip-hop artist” for his anti-conformist speech.

Other American rappers such as Post Malone or Kid Cudi pay tribute to the singer by wearing flowery dresses in their performances.

“With ‘Nevermind’, Nirvana became the HBO of music: everyone who does series watches HBO, and all the musicians of now have listened to Nirvana“, says Blum about the intergenerational nature of the group.

“Do not get pigeonholed”

But as the group’s former drummer, Dave Grohl, the current leader of the Foo Fighters, confesses, it is above all Billie Eilish who most clearly symbolizes Nirvana’s heritage.

“My daughters are obsessed with Billie Eilish. Her connection with the public is the same as Nirvana in 1991,” says Grohl. For him, the 19-year-old singer speaks for the same people: all those who do not feel comfortable in a society that is too codified.

“Grohl is right, Eilish is not a conformist, she does not allow herself to be pigeonholed,” explains Blum, a parallel that is also reflected in the young artist’s second album, released this summer with the ironic title of “Happier Than Ever” (“More happy than ever “), where he addresses the weight of success and fame, some songs that run through” In Utero “by Nirvana, the album after the success of” Nevermind “.

Kings of Leon and The Strokes, the headliners

The future of live events in the pandemic era

Controversy over the ghostwriter who wins the Planeta Award

The definitive version of the maladaptive novel?

Richer people emit more CO2 than those with fewer resources

Ten playlists you should always have on hand

The rising stars of Mexican gastronomy

With great praise for Valentín Barco, Battaglia highlighted Boca’s youth: “In an extraordinary situation, the balance is positive”