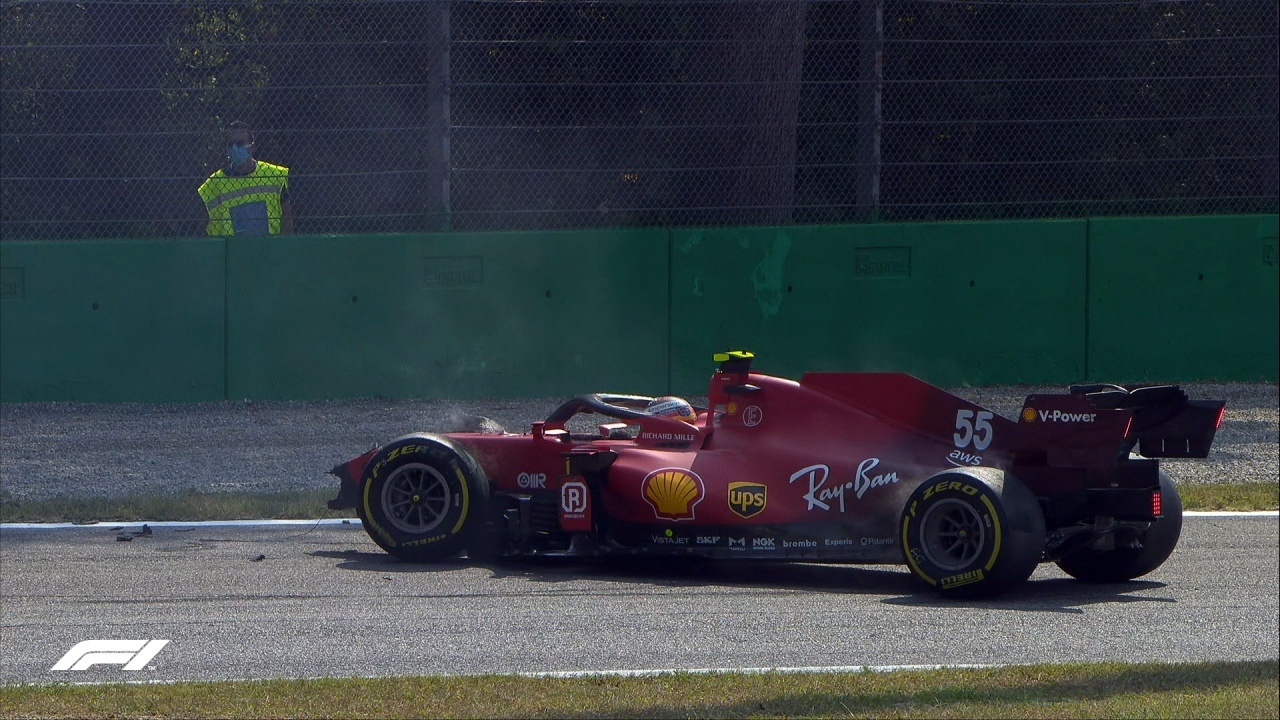 The second and final free practice session had Carlos Sainz as the unpleasant protagonist, as the Spanish rider suffered a severe accident that forced the session to be interrupted for a few minutes.

Carlos Sainz he had the worst possible start to the second day of the Italian Grand Prix, having suffered a severe accident in the Ascari Variation that compromised his participation in the sprint qualifying race.

The Madrid rider has lost control of his Ferrari # 55 when stepping on the entrance piano of the fast Monza chicane, skidding on the rear wheels and hitting the guards head-on.

The violence of the impact has forced Sainz to go to the medical center for a routine check-up, being declared fit to continue competing pending a later final exam.

Now it remains to be seen if Ferrari can repair the Spanish driver’s SF21 in time to participate in the sprint qualifying race, which will start at 4.30pm. Sainz took seventh place on the grid in qualifying on Friday, so he has a serious chance of getting a good result heading into Sunday’s main race.