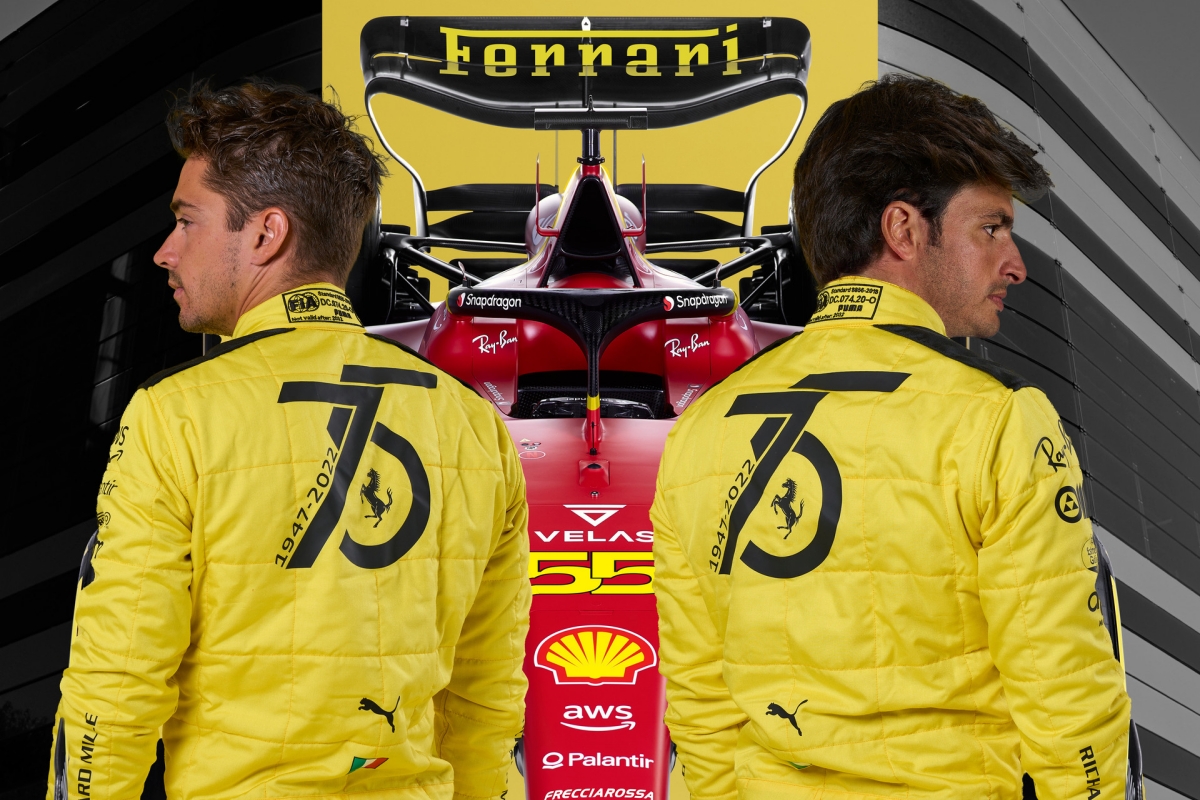 On the occasion of the 75th anniversary of Scuderia Ferrari, which was founded in Modena in 1929, the Italian brand has launched a special livery for the car, the team’s clothing and the drivers’ helmets.

The Scuderia Ferrari will compete with a look special at the Formula 1 Italian Grand Prix, which takes place this weekend at the Autodromo Nazionale di Monza.

The decoration of the car, as well as the race suits and the helmets of the official drivers of the Scuderia, Charles Leclerc and Carlos Sainz They will have yellow touches to celebrate the origins of the brand with a color that is part of Ferrari’s history.

And it is that, from the beginning of the Scuderia in 1929 and later, when the car company was founded 75 years ago, this color has been part of its history. Not in vain, Enzo Ferrari chose yellowwhich together with blue is one of the colors of the Modena emblem, to appear on the company’s shield, the Prancing Horse with the tricolor band at the top.

New livery for the Ferrari F1-75

The F1-75’s livery will have various touches of yellow, with black inserts. The changes, which are only planned for this race, will be visible on the front wing, around the Halo, on the engine cover and on the rear wing. In this last part there is also the logo with the famous “F lunga” in yellow on a black background and the same goes for the drivers’ racing suits.

The truth is that this special decoration has left many fans a little cold, who they expected the car to be decorated entirely in yellowjust like the competition team clothing.

Regardless of that, yellow has always been part of the Maranello brand’s DNA, alongside the quintessential Ferrari red. At the beginning of the 20th century, the then International Association of Automobile Clubs established red as the official color of Italian racing cars and therefore when Enzo Ferrari created the Scuderia, under whose banner he entered the Alfa Romeos, he had to follow him.

Yellow is therefore the second color of the Maranello brand and the founder immediately chose it as part of the emblem he designed after the family of the famous Italian war hero Francesco Barracca asked him to bring the reason for the Prancing Horse.

Wrote: «El Cavallino was and has continued to be black. I added the canary yellow background, which is the color of Modena». The emblem made its debut on the team’s Alfa Romeos at the 1932 24 Hours of Spa-Francorchamps and brought good luck, as it won with Antonio Brivio and Eugenio Siena. Since then, it appears on Ferrari cars.

A weekend of celebration

Touches of yellow will also be present in the paddock, in the motorhome and on the walls of the garage, where the history of the color and of the company will be remembered.

To celebrate the 100 years of the Monza circuitthe Scuderia’s social media channels carry special content to pay tribute to the track where the team won its first race in 1933, still with Alfa Romeo in those days, as well as another 40 victories, the latest courtesy of Charles Leclerc in 2019.

An emblematic moment, which the Maranello brand has highlighted with the exclusive celebration logo on F1 cars since the beginning of the year. the range Giallo Modena will be available exclusively at Ferrari boutiques and the online store ferrari.com.