Bullfrag
Home Update “It seems in charge, they have taken very specific things” 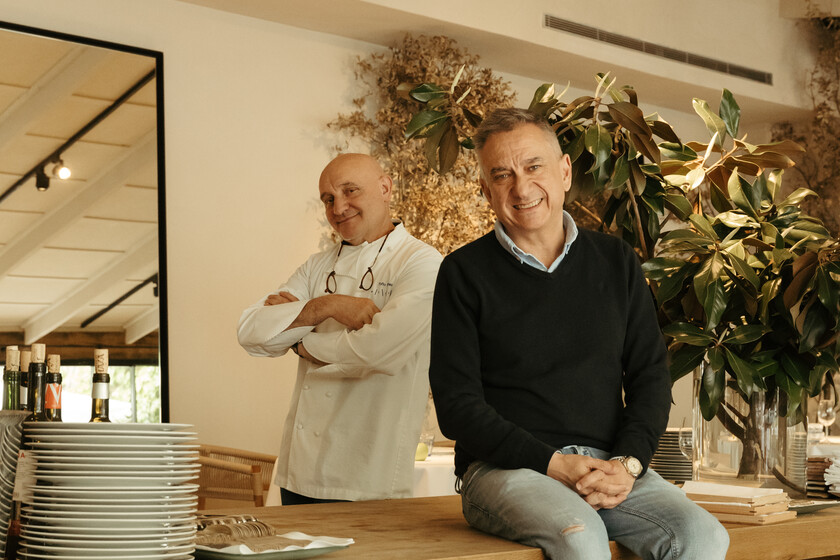 Jose Polo, co-owner of Atrio (Cáceres) has spent two days almost without closing an eye. And his partner in life and business, Toño Pérez, shouldn’t be much better. At dawn on Wednesday two hotel guests entered the restaurant’s cellar, one of the best in Spain (among the best in the world) and took 45 bottles, valued at hundreds of thousands of euros.

He does not mind telling what happened to the press because wants to “turn the page”. If telling what happened, in addition, helps to find those responsible better than better, although he does not trust it. “It seems like a robbery that someone has ordered because they have taken very specific things,” he explains to Direct to the Palate. “They have taken the most expensive. Things that cannot be put up for sale, because they are numbered ”.

The police have not left the hotel since they learned of what happened. “They are taking it quite seriously”, acknowledges Polo. “They keep looking to see if there are any prints.”

The thieves left paying for the room

All lines of investigation are open, but it is clear that the robbery has been committed by two people who they stayed at the hotel on Tuesday where the restaurant and the winery are also located, imagine Polo with false documentation. The rest is worthy of a movie.

“They called the security guard at night and told him they wanted to eat something,” explains Polo. “He told them that the kitchen was closed, but they insisted. They had taken the tasting menu, but the boy thought they should eat a lot and, not to say no, because you can’t say no to customers in a place like this, he went to prepare a salad for them ”.

Polo believes that, while the only person who watches the hotel at dawn was preparing the snack, the thieves took the opportunity to sneak into the cellar, They were able to enter despite having an electronic lock and security camera.

Read:  Bring the most famous Call of Duty maps to life in LEGO

“At 5 in the morning, they came down with the wines in some bags, they have paid with the Visa and they have left “, explains the co-owner of Atrio. “You have to have a lot of cold blood.”

The Atrio winery is, perhaps with the permission of the one owned by El Celler de Can Roca, the best equipped in Spain.

Polo does not know well how to calculate the amount of what was stolen, but it is not little money, considering that the cheapest of the stolen bottles can be worth 20,000 euros and the most expensive could reach 300,000.

“It is not something that can be quantified,” he insists. “It is not the economic value, the Chateau d’Yquem from 1806 would not have sold it for 350,000 euros or a million if I hadn’t needed it ”.

This bottle has been the protagonist of one of the most popular stories of our gastronomy recent. When handling it, the neck of the bottle was broken and the couple had to travel to Bordeaux, to the same winery, with the help of the Yquem winemaker, Madame garbey, transfer the content to a new bottle, without the wine oxidizing.

“For us it is the loss of a part of our history ”, explains Polo. “But hey, I’m going to keep telling the story. The same thing happened when it broke. I was talking to a friend, who had been stolen several million in wine by a dealer, and he had a sense of violation. The truth is that we are upset, and between today and tomorrow I will have a few days of mourning, but I am not going to contribute to it. Life goes on”.

Create recipe with Emperor cookies; They ask the brand not to market the idea

Neither Uber nor DiDi, “Aventón Feminista MX” conquers users; this is what it offers