Bullfrag
Home Entertainment “It is the end of ‘The paper house’ and the door is... 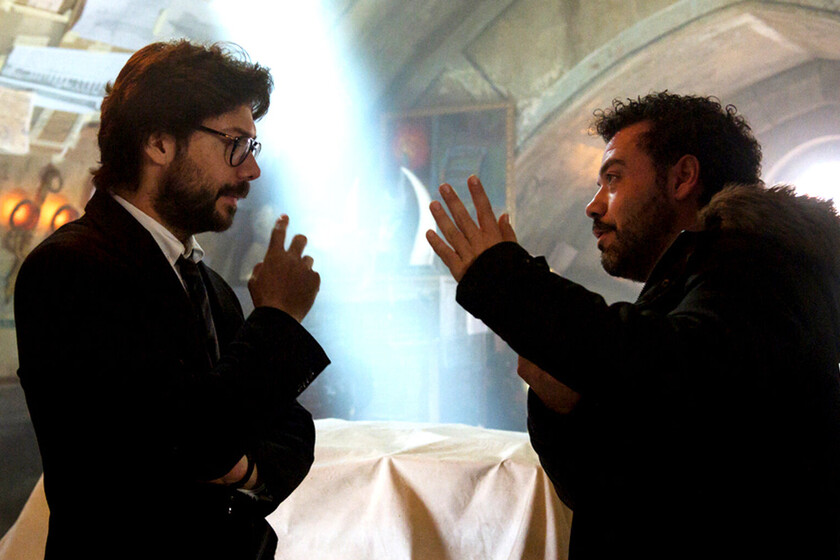 ‘The paper house’ will come to an end this next Friday, December 3 with the premiere of the last five chapters of the fiction of Netflix. The secrecy around them is maximum, but today a press conference took place in Madrid with the participation of many of those involved in the series in which we have been given some details about what awaits us ahead.

The complications of the end

Alex Pina, creator of the series, wanted to make it clear that “Finishing ‘La casa de papel’ was a very complicated challenge that was even more so because when we got down to everything we had predesigned two years ago, it didn’t work“. He also specified that it was difficult for them to find the key almost until the last moment:”In four or five days we find the key to turn the whole chapter“.

For its part, the scriptwriter and executive producer Esther Martinez Lobato confessed that “there are many nods to the series’ own internal narrative, also to how it started. There are some situations that are repeated and tessitura that the characters enter that are very reminiscent of how they started“, which surely the fans will not take in identifying once they can see it.

Obviously, the question could not be left out as to whether this is the definitive end of ‘La casa de papel’, a series that had already said goodbye forever after completing its stage on Antena 3 and then returning to Netflix, or if it was working in some kind of continuation or inspired by the series. Pina revealed that “Regarding if we are going to have something else inspired by ‘La casa de papel’ is something we are thinking about, but right now it is something that is in the air. We are thinking about it“, but there is nothing concrete for now, but the director and producer Jesus Colmenar noted the following:

Pina also wanted to emphasize that “this season has many of my favorite sequences from the series“and was delighted with the Korean remake that is already underway:”That the Koreans want to make a remake for me is milk. They have been making an incredible fiction for some years and that they have noticed us to bring to their idiosyncrasy ‘The paper house’ is a pride“.

The opinion of the actors 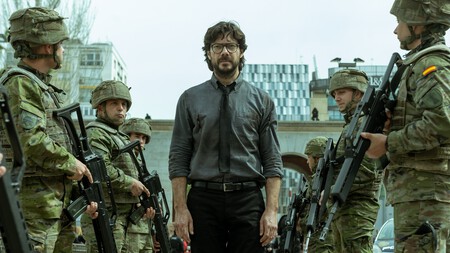 Passing on to the actors, Alvaro Morte noted that “The Professor has given me many things and what I keep is the work that I have been able to enjoy being side by side with wonderful people from whom I have learned a lot“, while Ursula Corberó highlighted the following about Tokyo’s death:

It was very hard, I am super happy with that end of Tokyo, but partly I also wanted it to happen that way. Tokyo was cannon fodder from the beginning and there is something very poetic, dreamlike and beautiful about living multiple lives. When the Professor contacted her, she had already been reborn in some way. It was a very heavy process, because I also shot everything chronologically, death with my ending in ‘La casa de papel’.

We also found out that Najwa Nimri She is the only member of the cast who could not resist the temptation to watch the episodes, but she was very careful when explaining her opinion: “I am one of those who have received the material and I have seen it because I am a gossip. And I have loved the greatest. It was very complicated to solve this shed, and I have loved it, honestly“. 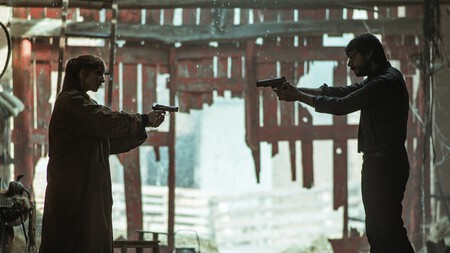 Finally, the farewell to the series had a very emotional component for all of them, but it stood out above all what he commented Pedro Alonso on his last day of filming bringing Berlin to life:

I shot alone, after five years. I got to the set and none of my teammates was there. I found it disturbing, because, in a way, I have lived a parallel series since my character died. I got up in the morning with the idea that it had to be closed, I felt very balanced to do what I had to do. I did it and said to myself “I’m maturing as a human being, I can keep an emotional distance about things”, but when we finished filming, they said cut and they gave me a letter from the writing team in which, obviously, there was a message that reinforced what was happening after all that. I detected which was the arrow of the message they sent me and I couldn’t read it until six or seven minutes passed, because a crying girl came in and I felt that if I enabled it, I would be frankly ashamed, to whimper badly. I realized the impact on our lives personally and professionally.

Hitman Trilogy will bring together all Agent 47 missions on PlayStation, PC and Xbox Game Pass

They dethrone “Despacito” on YouTube; This is the first video to exceed 10 billion views.

GTA VI would be released before March 2024 according to analysts