Bullfrag
Home News It is essential to design strategies for the preservation of cultural and... 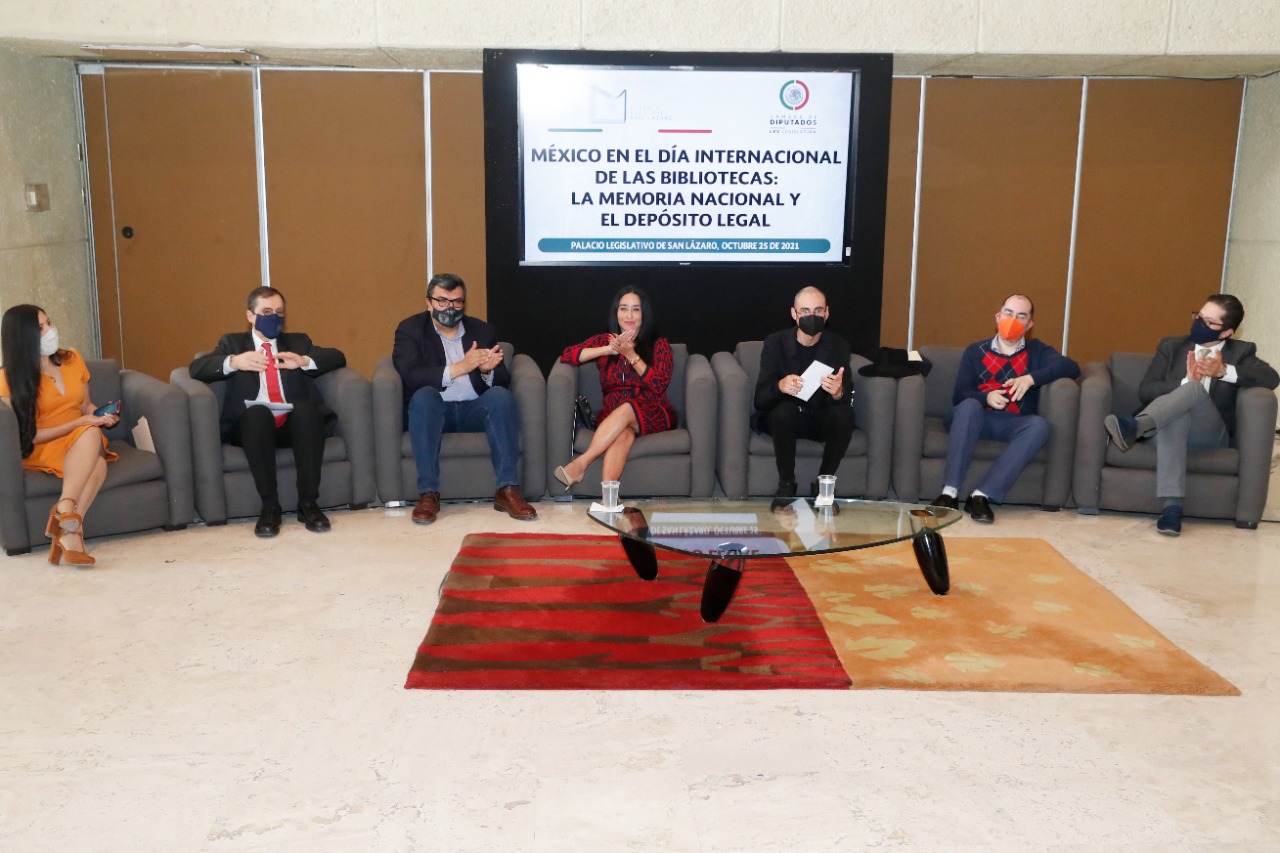 Faced with the challenges and threats facing the world, such as wars, earthquakes or natural disasters, it is essential to design strategies for the preservation of cultural and documentary memory, said the deputy Karla Yuritzi Almazán Burgos.

He added that Mexico has taken a fundamental step in achieving the issuance of the General Law of Libraries, on July 1 of this year, because it establishes the construction of the National Library Network and the National Library Integration. These statements were made during the event “Mexico on International Libraries Day: National Memory and Legal Deposit.”

The three levels of government participate in the constitution and strengthening of the National Library Network and, with this, the municipal, state and national library networks are intertwined and also the opportunity is given to adhere to the spaces of the social and private sphere provided they are open to the public.

He added that the Libraries in the Chamber of Deputies face two challenges; the first, to continue with the adaptation to technological advances that allow the conservation and dissemination of the knowledge and materials it has; and the second, that legislative activity is not dissociated from the generation of knowledge.

For his part, the coordinator of Historical and Cultural Memory of Mexico of the Presidency of the Republic, Eduardo Villegas Megías, indicated that the General Law of Libraries allows the libraries of the UNAM, Mexico and the Chamber of Deputies to have two copies for their protection, preservation and dissemination, in order to contribute to memory and democracy in the country.

Read:  The incredible salaries of Pedro Pascal, Henry Cavill and other TV actors

On the commemoration of International Libraries Day (October 24), the general director of Libraries of the Ministry of Culture, Rodrigo Borja Torres, recalled that the origin of the date was the destruction of the National Library of Sarajevo, a tragedy, since it encompassed various peoples. The legal deposit is an instrument to avoid another memoricide, since, since the libraries are the recipient of all the documentary collections that are produced in the country, they contribute to the safeguarding of the culture, traditions and memory of the peoples.

The director of the National Library of Mexico, Pablo Mora Pérez-Tejeda, affirmed that it is important to give life to the legal deposit, since it is an obligation and responsibility of the State to ask the directors and editors to deliver a copy for preservation and one more to disseminate their work, because without memory there is no future for any country.

Meanwhile, the director of the Libraries of Mexico and Vasconcelos, José Mariano Leyva Pérez Gay, mentioned that “the nature of the legal deposit is committed not to the immediate and fleeting, but to the collective and individual memory, to accumulate discreetly and little by little analysis, experiences, testimonies, experiences that are shared one by one from writer to reader , in a solitude that contrary to what is believed does not weigh, it is enjoyed, it enriches”.

Eréndira Cruz Villegas Fuentes, head of the Legal Affairs Unit of the Ministry of Culture, explained that the 31 state networks, the 16 delegations and the more than 7,500 public libraries in the country are important to guarantee the rights to knowledge and access to information.

Secondly, Angelica Villanueva, director of the Ciudad Juárez Municipal Central Library, proposed to conceive public libraries as dynamic and not static entities that promote the promotion of reading and as collective projects that impact not only in the educational field, but also in the social one.