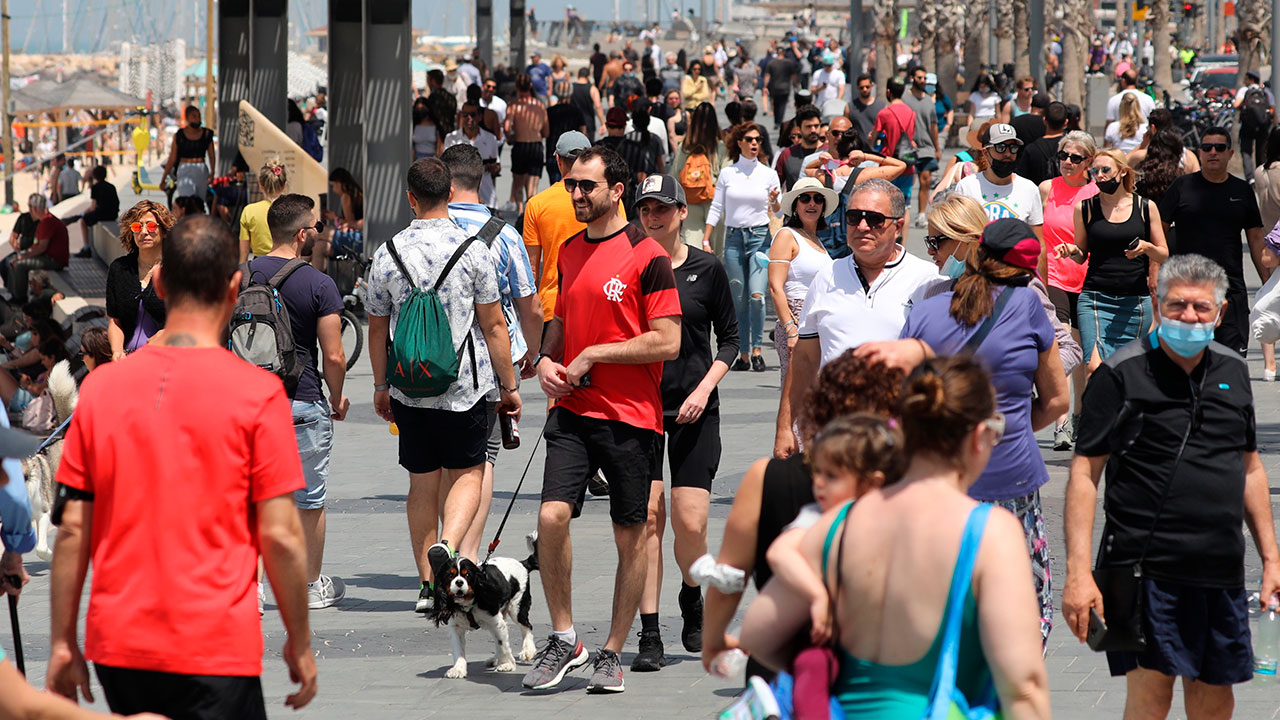 EFE.- The Israeli Ministry of Health decided today to start implementing a third dose of the vaccine against covid-19 to people over 60 yearsPrime Minister Naftali Benet announced today.

“Starting this Sunday, hospitals and health centers will allow the elderly population to receive a third dose,” Benet said during a televised speech, in which he explained that the decision “was based on extensive research and analysis” and on the “risk presented by the delta variant”.

“We will share all the information we have with the rest of the international community as we move forward.”added.

This third dose will be administered to those people who are over the established minimum age and who have received their second dose at least five months ago.

This move comes after a lengthy debate involving Israeli experts and politicians, and following an announcement yesterday by Pfizer that a Third dose of your vaccine can “boost” protection against the delta variant of the coronavirus versus a two-dose schedule.

Lee: ‘Checo’ Pérez assures that renewal with Red Bull is close to being completed

Just over two weeks ago, the Israeli Ministry of Health had already authorized the administration of a third dose to immunosuppressed adults. Since then, according to Benet himself reported today, 2,000 people have already received the reinforcement.

After a few months of near normality, Israel, one of the countries that was able to vaccinate a high percentage of its population fastest, reapplied some restrictions at the end of last month after registering a slow but sudden increase in infections.

Since the beginning of this week, the new daily cases are over 2,000, a figure much higher than the figures that the country had handled in recent months and which includes inoculated people.

READ:  Mariachi USA returns to the Hollywood Bowl this Sunday

The number of active cases today exceeded 15,000, while the number of patients in serious condition remains low, with 159.

As a consequence of this increase, caused by the spread of the delta variant, as of today the system known as Green Pass reigns in the country, by which only the vaccinated, recovered or negatively tested population can access certain sites .

Don’t miss: The new trade agreement between Mexico and the EU will strengthen the bilateral alliance: Concamin

In recent weeks the authorities have also tightened restrictions for those who return from abroad, the list of countries to which travel is prohibited expanded and the entry of tourists postponed, vetoed since the beginning of the pandemic and which was scheduled for this month.

So, starting tomorrow Cyprus, Turkey, United Kingdom and Georgia will be included in the list of countries defined as highest risk, which also include Spain, Argentina, Mexico and Brazil, among others, and to which Israeli citizens and residents cannot travel without a special permit.

So you can fake your GPS location on Android | Technology