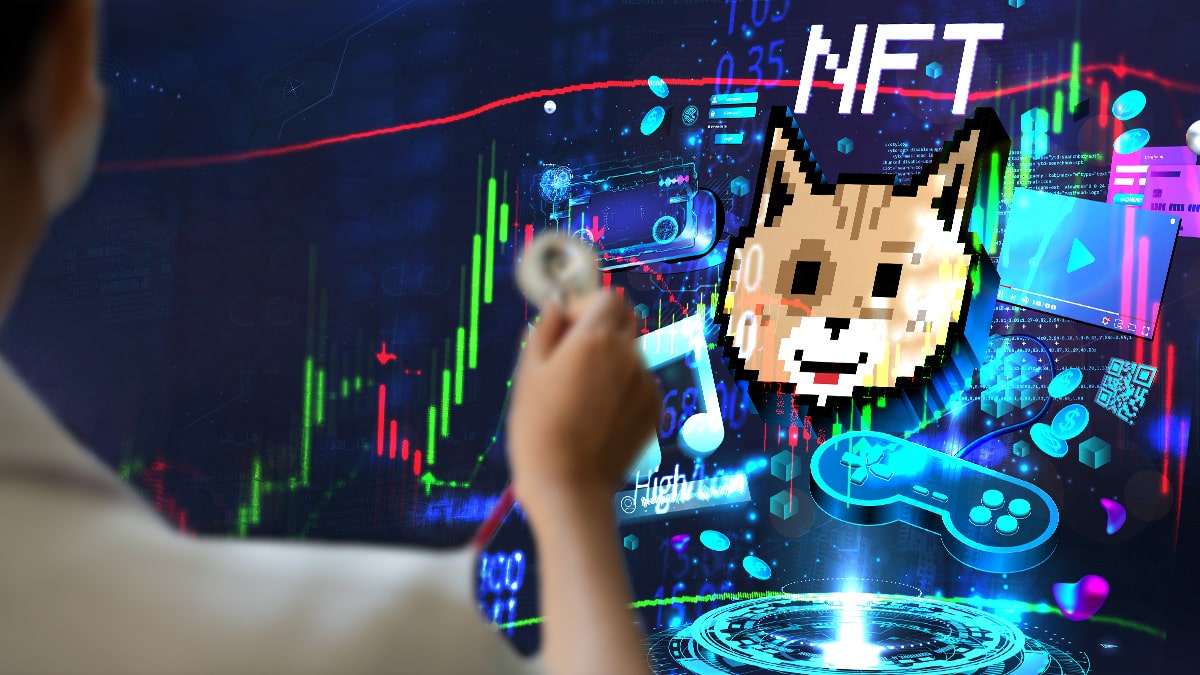 If we had to take a picture to reflect what is happening in the non-fungible token (NFT) market, without a doubt, that would be the moment when the Titanic began to sink. Similar to the brief and immortal history of the British ocean liner, the ecosystem of these unique and rare crypto assets is faltering, with fewer active portfolios, fewer sales, losses, less liquidity, as well as steadily declining dollar traded volume.

Do you mean that the NFT market is dying? The answer is yes and no, or at least that is what is reflected in the report of the first quarter of the year from the NonFungible data site.

From a macro point of view, the report shows that NFT sales fell progressively during the first months of 2022. The volume of dollars traded has also fallen. And all this is consistent with the possible loss of interest of the general public in this specific market.

All the attention that NFTs generated over the past year has been losing significantly over time. In fact, the search volume around the topic continues to fall in Google Trends, although it was one of the most used words last year, as CriptoNoticias reported at the time.

The NonFungible Report includes a chart showing a ddrastic decrease in the volume of active wallets per week on NFT platformsdespite the big spike that occurred at the end of last year, when the number of active digital wallets almost reached 400,000 weekly.

Since then, the number of active digital wallets per week has seen some fluctuations before bottoming out at just under 150,000 active wallets on NFT platforms.

Will the NFT market revive?

NonFungible researchers are optimistic about the immediate future of the NFT market. In this regard they mention that far from being dead, everything that is happening they are signs that the ecosystem is becoming healthier.

While it is true that the NFT scalping rate is increasing, it is also true that there are signs that speculators hoping for a short-term profit have given up on making money immediately.

It may be that the risk was too great for many of the people who bought NFTs over the past year. The report also suggests that the market turned out to be too volatile for them, or they expected to make a profit in a very short time.

“Be that as it may, the fact is that a growing number of players have preferred to sell quickly, for less. Should we view this drop in profits and rise in loss-making scalping as a bubble collapsing? Yes and no. This is a very predictable phenomenon of clearing the markets, ushering in a new era for NFT markets.”

NonFungible report on the first quarter of 2022 of the NFT market.

This new era of the NFT market, which is pointed out in the report, seems to go hand in hand with collectible projects since they account for almost 80% of the total volume traded throughout the ecosystem. Second, there are the blockchain games that have maintained a huge momentum in terms of number of sales and active digital wallets.

The other segments, such as NFT-based art, the metaverse, and other use cases, barely share the remaining 8-25% of the industry.

The segment of digital collectibles sets the standard with the help of the Bored Ape Yacht Club project, with which large amounts of assets are issued, which allowed it to earn 15% of traded volume during the last three months.

In contrast, the blockchain gaming environment posted trading losses in this first quarter of the year. During this time he lost around $55 million, with a profit resale rate that kept plummeting while digital collectibles generated $1.6 billion in volume revenue during the first quarter of 2022.

In short, the NonFungible team considers that the “slowdown” that is taking place in the NFT market, “to a certain extent is beneficial for the industry.” In the meantime, they recommend keep an eye on the environment of digital collectiblesnor to its main protagonist Bored Ape Yacht Club, which reigns in the segment with USD 1,200 million negotiated during the first quarter of the year.