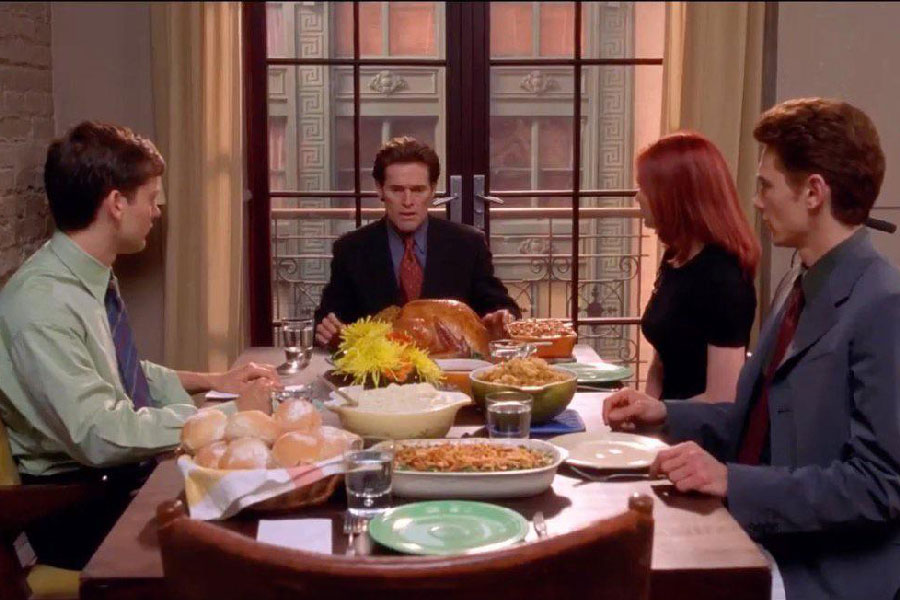 Facebook
Twitter
Pinterest
WhatsApp
Index hide
1 Although the first Spider-Man movie does not focus on the Thanksgiving holiday, some critics call it such.
1.1 A dinner with the Goblin
1.2 Would we be willing to lose the best superhero movie?
1.3 Final words before splitting the turkey
1.4 The origin of Spider-Man awaits you in our online store with:
2 Marvel-Verse – Spider-Man
3 Also being read:

Although the first Spider-Man movie does not focus on the Thanksgiving holiday, some critics call it such.

In 2002, Sam Raimi and Tobey Maguire surprised us with their Spider-Man proposal: attached to the comic and with the quality of special effects and actors to capture the mass audience. It soon became the favorite of many comic book enthusiasts and one of the most recognized superhero films. However, some critics have wanted to position it as a Thanksgiving movie, which is interesting to comment on.

An example of the above is a note that appeared in Decider in 2019. The text was titled “The case of ‘Spider-Man’ as a Thanksgiving movie”, it is signed by Anna Menta and its premise is very clear: “As a society , we should turn Spider-Man (2002) into a Thanksgiving movie. I realize this is a bold statement, so let me expand on it. “

Later, the same author recalls that most of Spider-Man (2002) does not take place on Thanksgiving, “nor do the characters in the film spend a significant amount of time discussing the true meaning of the holiday. Most of the movie – directed by Sam Raimi and starring Tobey Maguire, James Franco, Kirsten Dunst, and Willem Dafoe – is about Peter Parker becoming Spider-Man, fighting the Green Goblin, kissing Mary Jane, and other things for the style. However, there is one scene – an excellent, memorable, and tense scene – that takes place on Thanksgiving. “

A dinner with the Goblin

The scene referred to in the aforementioned text takes place after the confrontation between Spider-Man and Green Goblin. Peter Parker “is late for Thanksgiving dinner at the apartment he shares with his best friend, Harry Osborn (Franco). Meanwhile, Norman Osborn, who is secretly the Green Goblin, is barely holding on to his last bit of humanity thanks to the experimental steroids he’s been taking. But Harry wants his father to meet his new girlfriend MJ (Dunst), so Norman shows up for Thanksgiving dinner, along with Peter’s Aunt May (Rosemary Harris). When Norman realizes that Peter is bleeding in the same place where the Goblin cut Spider-Man, he realizes who Peter really is. He excuses himself and leaves, but not before insulting MJ in front of Harry. “

The author of the article, Anna Menta, is a film critic for Decider, which can be seen by knowing her argumentation in the following lines: “Not only is it a crucial scene that defines the interests of the second half of the film, but also It is also, in my opinion, a scene that speaks of the consecrated tradition of Thanksgiving: introducing your partners to your silly parents … [Considerar Spider-Man como una película de Acción de Gracias] I think it’s an excellent proposition – much better than that ridiculous nonsense that Duro de Matar is a Christmas movie – and I’m willing to do whatever it takes to get this issue the attention it deserves. “

Would we be willing to lose the best superhero movie?

To the argument of the centrality of the Thanksgiving scene for the development of Sam Raimi’s Spider-Man and the one that complies with rites such as introducing couples to the family, Anna Menta adds a couple of arguments.

Final words before splitting the turkey

Finally, the author adds a couple of details of the scene that frame it in a perfect Thanksgiving celebration with all the bad things that this implies: “Willem Dafoe carves a turkey the same way he does almost everything else – very creepy – and it’s excellent ”…“ ‘Sorry I’m late, I had to hit an old lady with a stick to get these blueberries,’ says Peter when he finally enters. It’s the classic Tobey-Maguire Peter-Parker joke, which is to say, it’s not funny at all, and yet it’s very endearing. With jokes like that, it’s no wonder this is the most memorable scene in the movie, and therefore the scene we should rank it for. (Like Thanksgiving movie) ”.

But if you think that Mint’s argument is not interesting enough, Den of Geek’s David Crow can also clarify the picture, just check: “Sam Raimi’s Spider-Man Is a Perfect Thanksgiving Movie.”

The origin of Spider-Man awaits you in our online store with:

THE AMAZING SPIDER SUPERHERO WHO BREAKED THE RULES OF CARTOONS!

Get excited about the origin of the most beloved and recognized superhero in the world, created by Stan Lee and Steve Ditko. Relive the stories that defined the personality of the amazing wall-crawler and enjoy his amazing evolution! It includes her first appearance, the death of Gwen Stacy, the greatest wedding of all time, and the most epic battle against her staunch enemy: Venom.