Is Pulp Fiction part of the MCU? The theory that will convince you more and more every time you read it

By OliverDecember 15, 2021No Comments4 Mins Read 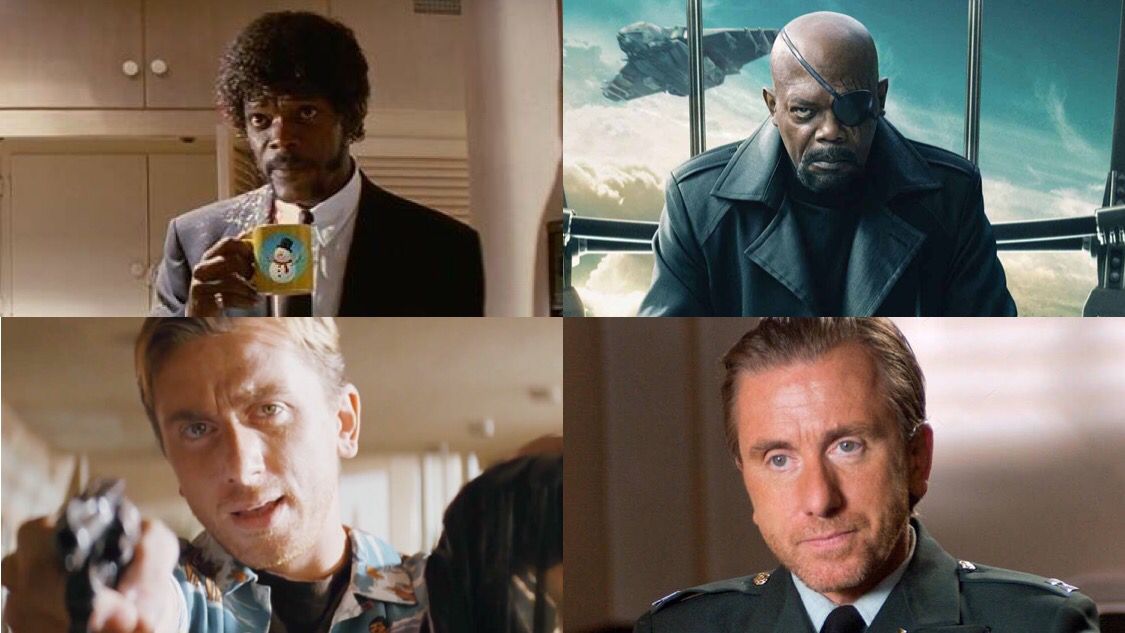 Share
Facebook Twitter LinkedIn Pinterest Email
Index hide
1 Lately there are theories for and for everything, in this case we tell you one that joins the MCU with Pulp fiction. Yes, you read that right, Captain America: The Winter Soldier could show the connection between Nick fury Y Jules winnfield. Find out everything here!
2 Share it with whoever you want
3 Related Posts

Lately there are theories for and for everything, in this case we tell you one that joins the MCU with Pulp fiction. Yes, you read that right, Captain America: The Winter Soldier could show the connection between Nick fury Y Jules winnfield. Find out everything here!

The imagination of some fans makes us learn about theories or possibilities within a universe that would never have crossed our minds. The multiverse can help a lot to make this happen, some are quite rare while others make a lot of sense and we even hope that at some point someone will confirm them. This time we are going to talk about a theory that has as protagonists Marvel (again) already a great movie directed by Quentin Tarantino: Pulp Fiction.

What does one thing have to do with the other, you may wonder, well, on Reddit one person took the time to develop his theory. After seeing Captain America: The Winter Soldier, the user u / Mugwump28 stops in a detail about the false death of Nick fury. In the scene where we see the grave of the former Director of SHIELD, we can see that the phrase is engraved: “The path of the righteous man …” or in spanish “The path of the just … ” Ezekiel 25:17. This is taken from Pulp fiction and it can be thought of as an inside joke for Samuel L. Jackson, since it is him (in the character of Jules winnfield) who is in charge of repeating it in the movie of Tarantino. However, the theory is based on how much Fury What Winnfield they are the same person.

Let us remember that in Captain America: The Winter Soldier, SHIELD is intervened by Hydra, and they want to kill Nick fury So it doesn’t get in the way of your plans. In an attempt by the Winter Soldier to assassinate him, the founder of the Avengers “dies.” Later we found out that Fury he’s still alive and he plans to hide so they won’t find him. Always with an ace up his sleeve this man.

The phrase “The path of the just …”Is marked as if it were from the Bible, but actually that part does not exist in any version. This makes the connection between Pulp Fiction and Captain America: The Winter Soldier be stronger, since there is not much chance that the same phrase will just be repeated for its own sake.

Read:  Shang-Chi is coming to Disney + in November

Jules winnfield at the end of Pulp fiction he retires from the murder business, leaving the option of having his name changed after that and perhaps joining an intelligence and espionage agency. And who knows, after a few years he was even able to occupy the position of director. This would be the justification that Winnfield and Fury they are the same person.

Now, there is another reason that makes this theory take more force: the mysterious briefcase of Pulp fiction, which we never saw inside. We know that the content was something that shone, which led us to seek answers related to science fiction or supernatural things. This makes the relationship with the MCU, since we may be talking about an infinity gem, alien technology or something like that.

Also, Reddit’s theory doubles the bet and involves another actor who is also both in Pulp fiction like in Marvel: Tim roth is Ringo (Pulp Fiction) and Abomination (The incredible Hulk).

In the movie of Tarantino, Ringo It seems that he knows exactly what is in the briefcase, which leads the creator of the theory to think that perhaps the character saw something that could help him achieve the strength he has Hulk. This characterized his character, Emil blonskyas he coveted the powers of Hulk. Blonsky gained his powers after receiving a dose of gamma radiation and an imperfect version of the Super Soldier Serum, similar to the ones that transformed Bruce Banner in Hulk.

I don’t know what it looks like to you, but the more you analyze it, the more sense it can make. Pulp fiction was inspired by Kiss me deadly, 1955 film. There we see a mysterious box with an indefinite content and themes related to the Cold War and nuclear bombs predominate. On the other hand, the first number of Hulk It was released in 1962, a time when these issues were still being discussed, and let us remember that Banner becomes Hulk by exposure to gamma rays during the detonation of an experimental bomb.

Considering that the briefcase of Pulp fiction was born practically at the same time as Hulk and various characters from Marvel that originate from close contact with radiation, the theory is not as crazy as it seems.