Bullfrag
Home Uncategorized Is it profitable to put solar panels to mine cryptocurrencies? 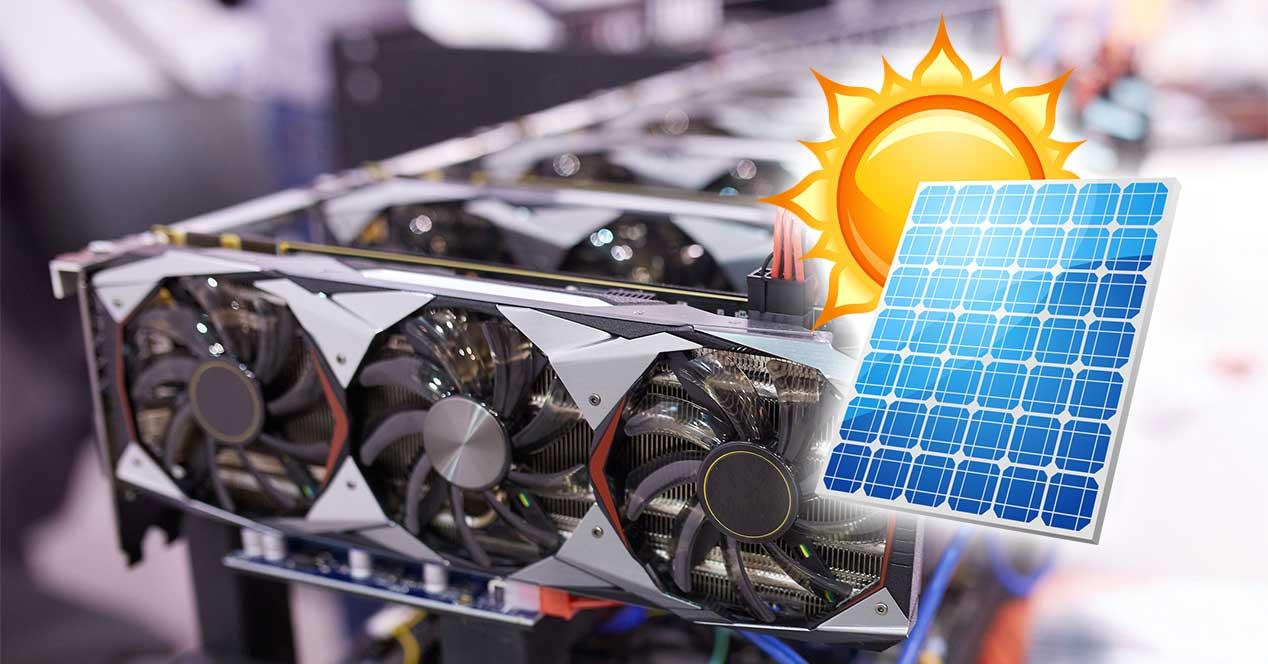 Currently, even with the prices that we have in Spain for electricity, mine Ethereum with a graphics card is cost effective. NVIDIA RTXs are the best performers for your consumption, including RTX 3060 Ti, 3070, 3080, 3080 Ti and 3090. Of course, assuming that the model we have is not LHR, since in that case they are capped and the mining performance drops by half. It is possible to partially bypass the limitation by mining several coins at the same time, but it only gets 70% of the yield compared to cards unbounded.

With 100 MH / s, we are obtaining a profitability that is around the 200 euros per month, or more if you sell when Ethereum is high and buy when it goes down. With 62 MH / s, the monthly yield is around 128 euros.

With current electricity prices, calculating it on an average of 27 cents per kWh with VAT included during the week and 20 cents on weekends, we have to have a computer on all day mining with an RTX 3070 costs about 1.2 euros a day during the week, or 90 cents on weekends. In total, the cost of light is around 33.6 euros per month, or 54.3 euros per month with an RTX 3080. When the price of light drops, the cost will be even lower.

With the current light, between 90 and 145 euros a month of profit

However, this can help us venture into putting up solar panels. An installation of solar panels with 10 panels to have a capacity of around 4 kWh costs about 5,000 or 6,000 euros, which can be below 4,000 depending on the aid available in the communities. If we mine with purely solar energy, or with the surplus returned by the electricity company that we have generated and have not consumed, we can significantly reduce the amortization period of an installation.

Mining it is possible to earn thousands of euros per year

According to the previous calculations, leaving electricity consumption aside, we would be generating 1,488 euros with an RTX 3070, or 2,400 euros with an RTX 3080. Thus, in just 3 or 2 years we could be completely amortizing a solar panel installation just by mining. If we look at what is saved in consumption and not what is generated by mining, we would be saving between 400 or 600 euros per year. depending on the card used.

However, keep in mind that you would be saving consumption of other devices and household appliances, since you probably cover almost all your consumption with what the solar panels generate. A 3,000 W installation generates an annual daily average of 16 kWh (10 kWh in winter and 22 kWh in summer) or 480 kWh per month, which is well above the annual average per household in Spain, which is about 291 kWh per year. month.

Therefore, putting solar panels exclusively for mining can be profitable in just 3 or 4 years, but if we also take into account the consumption savings of the rest of the things that we have connected at home, the amortization period can fall to just a couple of years. And from there, everything you generate mining is totally free. And if you have several graphics cards mining at home, the profitability skyrockets.

However, it must be taken into account that it is estimated that for the next summer 2022 already it will not be possible to mine Ethereum through the current system of proof-of-work, but will be mined by proof-of-stake. Thus, the network will be made up of validators that will have to have a minimum amount of Ethereum to be able to validate transactions and obtain new coins. The system, called Ethereum 2.0, was integrated a few weeks ago, and requires to have at least 32 Ethereum to be a validator, equivalent to $ 144,000 according to its current price. However, miners may simply go to other cryptocurrencies or new ones emerge that continue to make mining profitable with graphics cards.

For things like that it is not surprising that there is hardly graphics card stock in the market, in addition to the fact that with the rise in electricity there are more and more households that are encouraged to put photovoltaic panels on their roofs, since their cost has not stopped falling in recent years. Even without mining cryptocurrencies, the payback periods are even below 10 years if we take into account the aid of the communities. And the useful life of the panels is 20 or 30 years, So it is a very reasonable investment to save in the long term, since also when the time comes to change them there will be much more efficient panels, and you will only have to pay the cost of the panels themselves and not of all the rest of the equipment.