Is it common for bosses not to know how to do basic tasks? 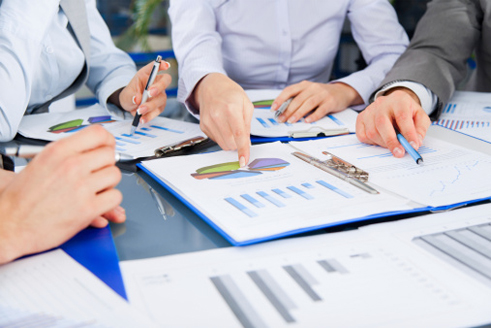 Social networks have become a window of information for millennials Y centennial, who use these digital platforms to narrate all kinds of experiences in their personal and work environment, thus generating a network of opportunities, recommendations and complaints that help others make decisions; however, sometimes it is these same anecdotes that manage to take a topic of conversation further, generating debates and making generalized problems visible in the perception of life of the youngest, as happened recently with a young woman when she explained how a simple request in her work has made workers between the ages of 18 and 35 wonder: How often is it that area heads or managers do not know how to perform the most basic tasks of their positions?

And it is that, during a trend in which TikTok users narrated the strangest or most stormy experiences with their bosses, the story of a woman became virilized among thousands of users who felt identified for considering that filling high-ranking positions with less qualified people is an unfair situation for all workers.

However, to understand why this perception occurs in the younger workforce, it is essential to know the reality of the “leadership” that is used in Mexico and in much of the world, where alarming data dictate that a 57% of employees they leave their jobs because of their boss and 80 percent say that their superiors recognize each other covertly.

And the study “Work stress in Mexico”, presented by the MX Internet Association and OCCMundial and conducted with 10,829 Internet users, shows that, at least in our country, 63 percent of workers have suffered work stress in the last two years of the pandemic; of these, 23 percent have been exposed to it since before Covid-19 hit the world, 47 percent experience it occasionally, and 30 percent consider that they rarely face this job challenge .

Among the causes that have increased this problem is poor management and leadership by employers, where situations arise such as the increase in hours in their workday, 55 percent of the time because their boss looks for them to make requests, 39 percent of the time percent by increasing your workload; 32 percent for not finishing their tasks for the day and continuing to work at home, 30 percent due to requests from their co-workers and 22 percent due to calls from clients and suppliers.

How often is it that bosses don’t know how to do basic tasks?

Before the younger workers who converge on social networks, a conversational debate has been unleashed that reflects the feelings of thousands of workers and a homogeneous perception regarding the selection of personnel and talent for high-performance positions.

And it is that, in the opinion of TikTok users, it is very common for companies to hire incompetent managers or those who simply do not know how to perform basic tasks for the position, something that mostly happens when promoting people who have less leadership instead to measure good performance.

That is the thesis for which a new debate was generated in networks, after the user @itscarolynbunn narrate how one of his previous bosses had to ask him for help to perform a simple calculation that he did not know.

“I once had a manager ask me to come to his office. He handed me a calculator and said, ‘I want to give this person a promotion, calculate a 30 percent raise for him.’ So not only was this guy unable to do a simple calculation, but I’m pretty sure HR would have frowned on my knowing another worker’s salary.” mentioned.

However, although Carolyn said she understood why some managers do not carry out day-to-day tasks and that the synthesis of their work is to delegate everything that could take time away from more complex tasks, there were situations that made her wonder: “How often people in management have no idea how to do just basic tasks.”

“I felt like a math whiz that day,” he exposes in the post that he already has 405 thousand views.

As expected, the story quickly went viral, unleashing hundreds of comments in which users tried to answer “how often does that happen” exposing their own work experiences and considering that it is a very common phenomenon in the world of work.

This, since many said that their bosses earned a lot of money and often had no notion of how they should measure employees because either they had never done the activities assigned to them or they simply did not know the process that these required.

There are examples like this that have stood out among a more informed digital community, where the voice of workers is gaining more and more when it comes to asserting their rights or, at least, pointing out a labor injustice. For example, the employee who resigned over the loudspeaker in a supermarket and then made her disagreement go viral on TikTok or the young woman who managed to be helped by legal institutions after making public the “humiliation” she went through after resigning from Totalplay by accusing harassment. .

Put up a sign complaining about not getting employees; goes viral for “bad boss”

Boss buys lottery tickets for all his employees, in the face of economic crisis