Is Google incognito mode really private? This is what the employees say 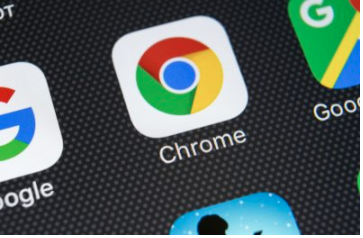 The digital world and social networks have become a favorite space for people all over the world. Recently, a group of Google employees made jokes about the Chrome browser’s “Incognito Mode” and criticized the company for not living up to its users’ expectations of privacy.

Understanding the Internet today without Google would be very difficult, That is why it is part of the most important and well-known platforms on the entire network.

Without a doubt, it is much more than a search engine, which is why it registered in 2021, revenues of 250 billion US dollars, according to data from your report. Likewise, a StatCounter study detailed that Google had a market share in 2022 in the United States of 86,885 percent.

According to a series of internal communications uncovered in court, Google employees made jokes about the “Incognito mode” of the Chrome browser and criticized the company for not living up to the privacy expectations of its users.

This came about after a Google engineer in a 2018 chat proposed changing the incognito mode icon to “guy Incognito,” a Simpsons character known for looking identical to protagonist Homer Simpson except for a mustache, according to court documents reported by Bloomberg.

According to an employee, the character’s costume “accurately conveys the level of privacy that incognito mode provides” compared to Chrome’s standard browsing mode.

“Make incognito mode truly private. We’re limited in how strongly we can market Incognito because it’s not really private, so it requires really confusing language which is almost more damaging coverage.” Twohill wrote in a 2021 email.

The incognito mode is widely used, where users of Google Chrome frequently turn to when searching for sensitive or obscene content, But critics and some of Google’s own employees say the company isn’t honest about how much user information is still exposed.

Read:  Sonic will have a third movie and animated series at Paramount +

A 2018 study from the University of Chicago and the Leibniz University of Hanover found that more than half of users falsely believe that using incognito mode prevents Google from seeing what they’re looking for online.

The same study indicated that more than 40 percent falsely believe that Incognito prevents websites from estimating their location, according to the study.

“We need to stop calling it Incognito and stop using a Spy Guy icon,” wrote a Google engineer in 2018 with a link to the study on users underestimating Incognito protections.

Court documents also explain that that proposed change was rejected by Google executives.

For his part, José Castañeda, a Google spokesman, highlighted in a statement that privacy controls have long been built into our services and we encourage our teams to constantly discuss or consider ideas to improve them.

“Incognito mode offers users a private browsing experience, and while we have been clear about how it works and what it does, the plaintiffs in this case have deliberately misrepresented our statements,” it adds.

In that regard, those emails were discovered as part of an ongoing class action lawsuit against Google in California federal court on behalf of millions of incognito mode users. Given that, if a judge allows the lawsuit to move forward, Google could be forced to pay billions of dollars in damages.

And this is how privacy in technology continues to be a very recurring theme in governments around the world, since user data is a gold coin for technology companies.

He is saved from a traffic ticket thanks to Google Maps

Google will not hire anyone else in the remainder of 2022: the reasons