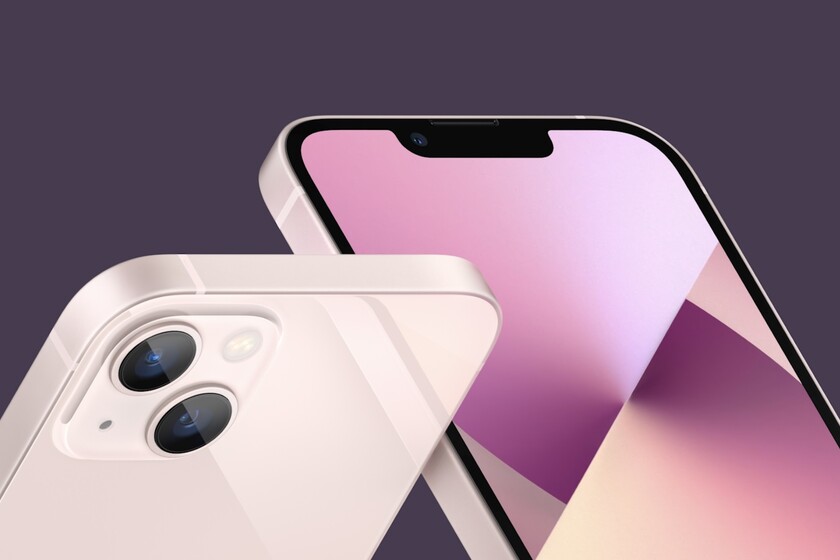 The wait is over. Apple just unveiled the new iPhone 13 mini and iPhone 13, ending months of speculation. The new generation of Apple’s flagship terminal promises to turn the market upside down with its screen, cameras, A15 processor and notch reduced. Two different models that together with iOS 15 make up a formidable team.


Again, Apple repeats the play we saw last year. The company has unveiled four different iPhone 13 models, which differ in size, cameras, and other capabilities. Thus, the iPhone 13 range consists of two entry-level models and two other high-end models.

The iPhone 13 mini and iPhone 13 bring numerous improvements under the hood. The one that stands out the most is the notch, which is considerably reduced in size. Apple has managed to reduce this area that houses Face ID through the repositioning the speaker on the upper edge.
As for the processor, we have the A15 Bionic, where Apple repeats the surname for its chip. This new brain of the iPhone 13 has numerous improvements:

The new A15 Bionic processor allows quite significant improvements in functionality, camera, 5G and battery. So, in a matter of battery, iPhone 13 mini improves in 1.5 hours and iPhone 13 in another 2.5 hours additional. When you look at the cameras, the iPhone 13 brings some of the most striking features.

READ:  Everything iOS14 will have (final count)

The cameras of both iPhones are identical and bring night mode to all sensors. Placed diagonally, they bring a new 12MP sensor with larger pixels. The ultra-wide sensor is new and we see the sensor-shift arrive as an image stabilizer.

But the important thing is what we can do with all this. The cinematic mode is the protagonist, as this system allows us to blur the background of a shot. The result is the most attractive when it comes to recording video and making our own montages.

Finally, Apple has highlighted that the iPhone 13 bring greater compatibility with a wider number of 5G antennas.

At the end of the section of these terminals, Apple has revealed the price of the iPhone 13. Initially it has been done in dollars, although we already have confirmation in euros. The prices of the iPhone 13 are as follows:

In terms of colors, the iPhone 13 mini and iPhone 13 will be available in five colors: pink, blue, midnight, red and white.

Xiaomi does not want to be left behind and will also offer three years of updates, although not on all its devices | ...