Bullfrag
Home Technology Smartphone iOS 15 will dispense with these novelties in the first update of... 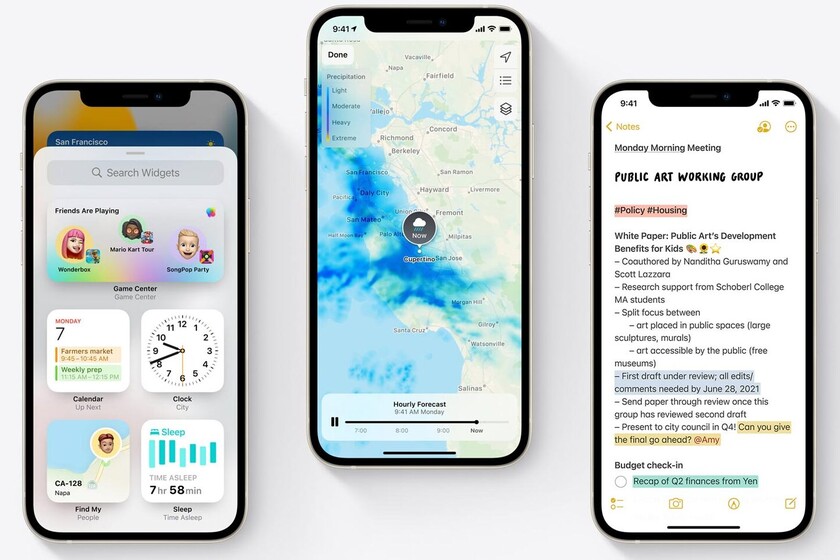 The stable update to iOS 15 is ready for today, Monday, September 20, predictably at 7:00 p.m. in mainland Spain. Although yes, with this update not all the news raised by Apple will arrive: iOS 15 will leave a few for fall. We tell you which ones.

Today is a big day for everyone who owns an iPhone, at least from the iPhone 6S onwards: Apple has confirmed that the update to iOS 15 is ready. With the new version the interface does not change excessively, but it does include notable new features, all designed to make iPhone management more powerful, intelligent and simple. The list of changes is long, not so much that of the functions for which we will have to wait.

Some changes to iOS 15 will arrive with future updates

Apple announced a long list of new features for iOS 15: both at the system level and within the applications that accompany each update. FaceTime, Messages, Apple Maps, Siri, the camera app … There is no iOS 15 software that does not receive some improvement, however brushstroke it may be.

As is often the case with major updates, not all are equally finished or tested. For this reason, and so that they do not give problems in the devices, Apple has withdrawn certain announced changes leaving them for later updates, in principle those that arrive in autumn. We do not know exactly when they will arrive, we do know the complete list of news absent in today’s update, Monday, September 20.

Apple does not distribute the news equally in all countries since it gives priority to its own, the United States. As specified in the list of changes for iOS 15 for the United States, these are the news that have not yet arrived:

Apart from the changes that are absent in a generic way, Apple Spain details several novelties that do not land with the update to iOS 15 in this country. These are:

The stable update to iOS 15 should be available during the afternoon of today, September 20. Remember keep your iPhone on battery and check if you have the new version from the settings of your phone.