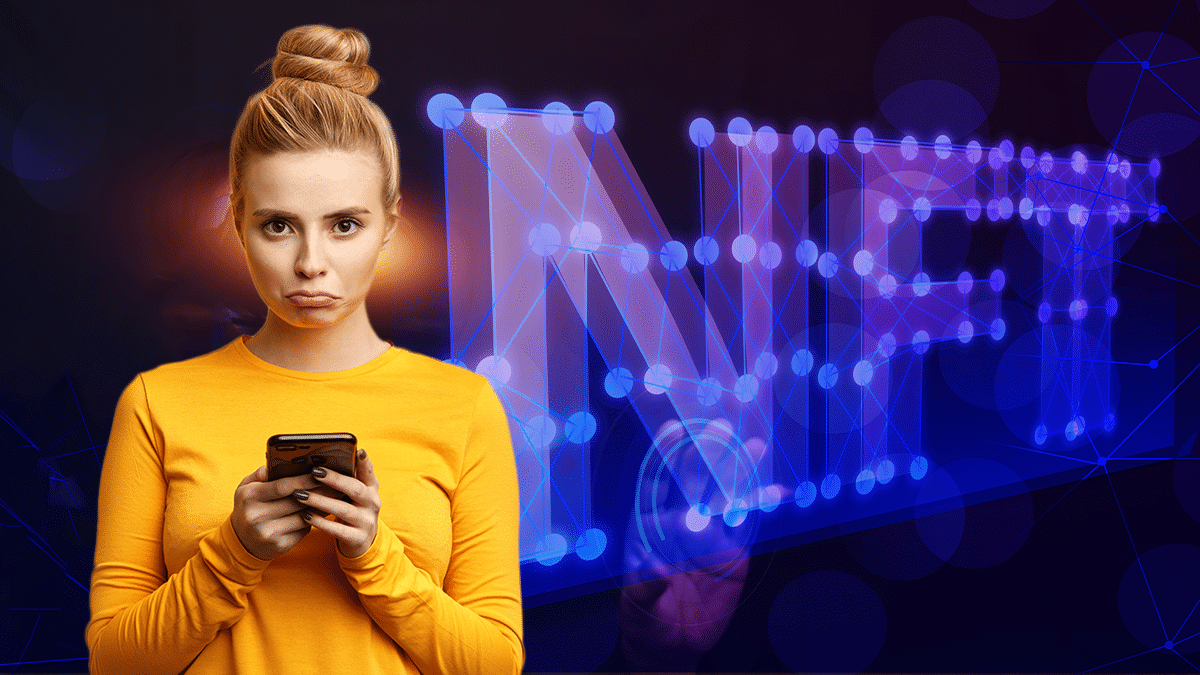 “I paid $103 for a non-fungible token (NFT) on OpenSea and now I don’t know what to do with it,” commented one person who decided to buy their first digital collectible just for fun. Like her, today hundreds of users in the world expect trade to recover after collapsing by more than 70% in the last month.

In a post by businessinside, the writer Katie Canales tells that, after going through a long process, she became the owner of an NFT that contained an image of a cartoon pig’s face. But after a traumatic experience, due to difficulties with the operation at OpenSea, she only realized that it had not been worth it, because now all you have to do is wait.

“All I can do now is wait for Rave Pigs, the NFT collection that my new artwork is a part of, to explode in popularity, much as Bored Ape Yacht Club has,” said Canales.

However, the wait can be eternal, since the average price of collectible tokens are down 48% since November of last year, according to data of NonFungible, a platform specialized in the NFT market.

the volume of general market trading suffered a reduction of more than 70% in the last monthwhile the daily volume traded on OpenSea dropped by 80% after one month.

All this panorama is generating concerns in the community where many are still wondering what to do with their digital collectibles.

The sharp drop in trading volume and average price in a short time makes many NFT owners lose money. As well they question the long-term vision of many of these projects.

What happened to a collection of NFTs launched last month literally describes what is happening in the market for these digital assets.

This is Pixelmon, an initiative that promised to be an NFT version of Pokémon, and which made its public debut in the days following Russia’s invasion of Ukraine. And as traditional stock markets crashed, thousands of excited buyers paid up to 3 ethers (ETH), about $10,000 at the time, for each monster egg.

With each transaction, users generated tens of millions of dollars for the developers. However, when the eggs hatched, the crudely drawn and poorly animated creatures they were a far cry from the promises their developers had made prior to release.

The drops in sales that the NFT market has suffered can perhaps be attributed to the war between Russia and Ukraine, but beyond that, we should also stop to think about the damage that misleading projects like Pixelmon’s are doing to the ecosystem.

Not all projects are misleading, some are quite respectful of the ecosystem, however, all suffer the consequences when the community loses interest. That’s something that’s showing the index which measures the average price of the 10 most popular NFT projects, whose trading volume has fallen by 25% in the last month. Since the beginning of 2022, large projects have lost 17% of their value.

While all this is happening, the projections for 2022 are good, as published last week by the NonFungible team in their 2021 annual report. In it they point out that the size of the global NFT market is expected to gain momentum due to the increasing value that consumers are attaching to the different use cases of these assets.