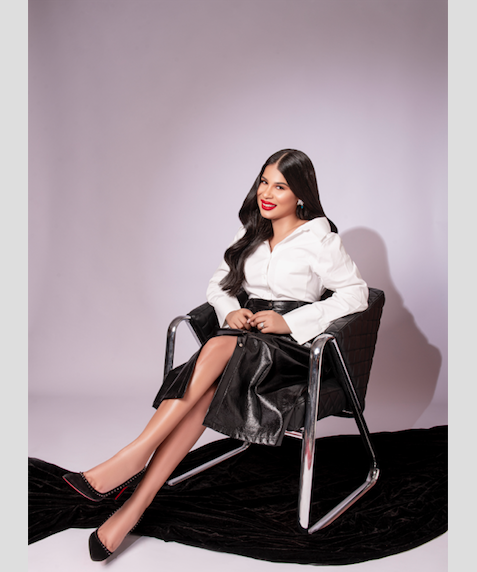 Marielis Ramos is a former medical student who, as a result of a serious accident in which she faced life or death, saw the opportunity to transform her life through an entrepreneurship, this due to the need to recover his hair, After the havoc generated by her recovery, so at the beginning, trying natural mixtures, she managed to strengthen her hair, a reason that caused neighbors and surrounding people to start looking for her product.

For Marielis, Her entrepreneurship stems from the need to help herself and other women who had problems related to loss and lack of hair, which is why over time, based on effort and preparation, their brand HAIR PLUShas positioned itself as one of the most relevant brands in the hair care industry.

Marielis Ramos from tragedy to entrepreneurship

“One August 11 changed my life forever, I had a car accident, which put me at risk of death and after 12 surgeries, 21 blood transfusionsa full year in bed, but all my hair, that’s when I started creating natural blends, with the intention of helping my hair grow,” says Marelis.

However, the mixtures were so successful that in a short time, the people around your home began to search more and more for your productIt was because of this and because of a desire to improve, and the desire to get out of the depression in which she found herself, that Marielis began to remake her dreams.

“Before the incident I was a medical student, and sometimes we believe that life is over, we believe that a moment is the end of everything, but I am the living example that no, life is just beginning, gratitude is the key.”

However, Marielis warns that entrepreneurship is not an easy task: “At first I was not a professional in the area, so I started looking for where to specialize., because I needed a certificate that endorsed me, so I consider it essential that when people seek to start a business, they educate themselves about it. “Not because you like the clothes, it’s about just starting to sell themsince various factors must be taken into account, such as looking for the best prices, the best suppliers, studying the market”

In countries like Mexico, entrepreneurs play an extremely important role in the economy, since currently it is estimated that small and medium-sized companies generate 7 out of 10 jobs in the country; however, there are several problems that these entrepreneurs face, as Marielis points out:

“Entrepreneurship is also complicated by age, when I started, I was 20 years old, and it was annoying to have meetings and that people would doubt me and my potential”

However, Marielis also points out that within the new normality, social networks play contradictory rolesince although they turn out to be an extremely useful and effective tool for entrepreneurs, they also have a negative side, which is why they point out that: One of the most important messages that I always try to carry is to point out that social networks make us believe false expectations, that success is easy.

“We see that everyone is rich, that everyone is doing well and that we are all always on the road,” that without knowing, all those efforts and sacrifices that they had to go through to obtain that.

Similarly, for Marielis, The social networks make us believe that today everyone can start a project and undertake; however, he warns that this path is not for everyone, and that before starting any project, all the variants and processes that a firm that seeks to position itself needs must be taken into account.

“Eight years have passed since the creation of the brand -HAIR PLUS- the success has been such that last year I was named by People magazine as one of the most influential women today”.

For Marielis, the success of a good venture is based on preparation and the desire to overcome all those challenges that arise on a daily basis, which is why success stories like Marielis’s inspire not only those who seek to start a brand, but to all those who face the ravages of daily life, demonstrating the importance that success stories play within an increasingly digital reality, but committed within increasingly active and demanding communities.