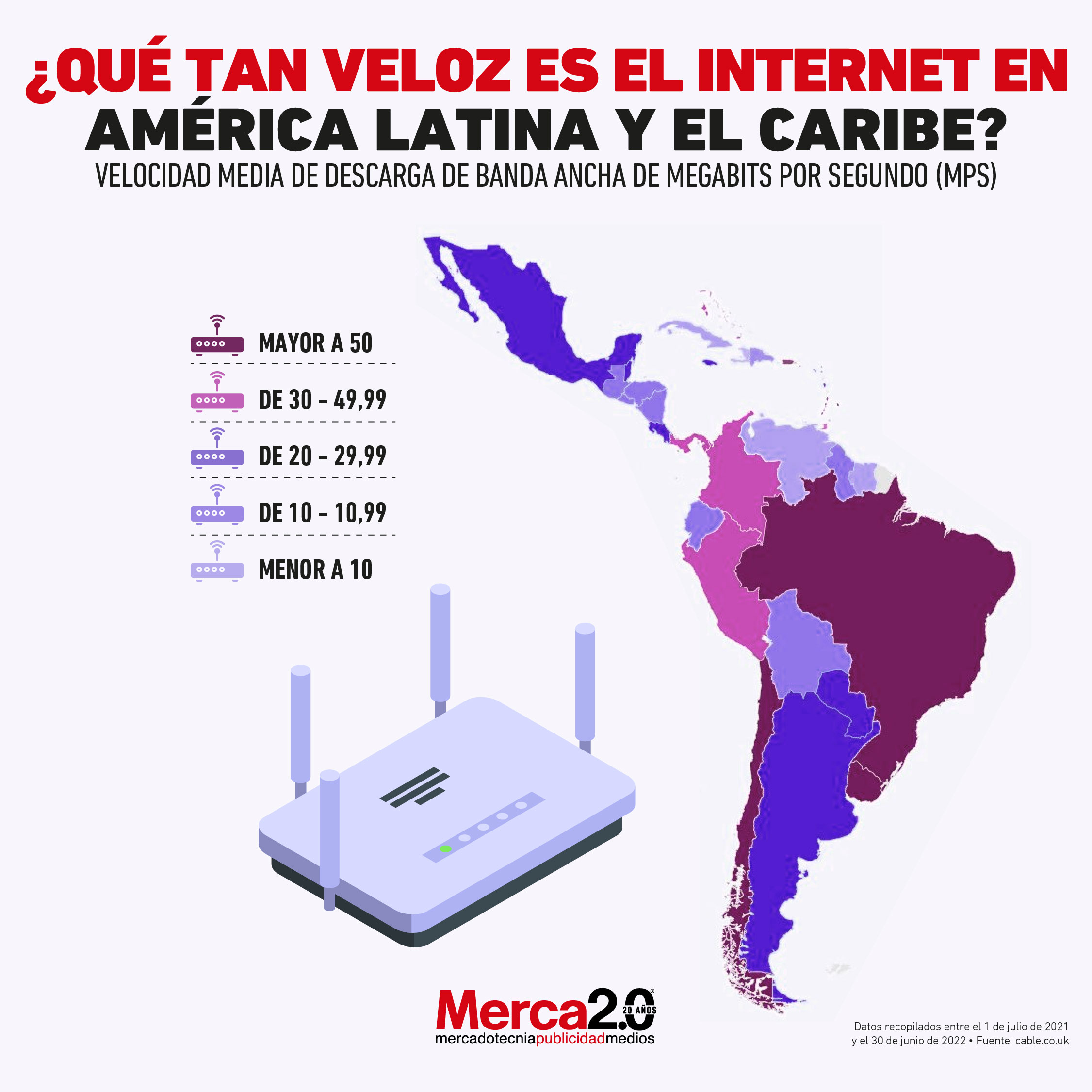 We show you the list of countries in Latin America and the Caribbean where the internet connection is faster, one of the most essential tools of this era.

Nowadays, having a good digital quality of life is essential not only for network users, but also for companies in general.

In this sense, a recent study reveals that it is the European countries, although not all, that have a great internet connection and, in general, it can be said that they enjoy good digital health, to call it in some way .

According to the ranking carried out surf shark, Latin American countries are not among the most important positions, since Chile is up to 40th, with only 0.5481. This is followed by Uruguay and Argentina in positions 41 and 45, with 0.5472 and 0.5106 respectively.

Mexico, for its part, ranks 62nd, even below Brazil (53) and Colombia (57), which means that in terms of digitization and connectivity much remains to be done.

Something that draws attention is the fact that, in Mexico, 74 percent of the Mexican population has access to the Internet, with a total of 98.6 million users; however, what fails on many occasions is the speed of connection to the network.

This is the internet speed in Latin America and the Caribbean

According to the report Worldwide Broadband Speed ​​League 2022in which the speed of connection to the network in 220 countries is monitored, indicates that Chile is the best positioned country in terms of download speed, with an average of 89.18 megabit per second (Mbps).

Read:  How to use Google Translate without internet on iPhone and Android

On the other hand, of the entire region, Cuba is the country that has the lowest average download speed, with only 3.26 Mbps, a fact that even places it in 203rd place globally, below, even , from Venezuela.

Where is Mexico? Although it is true that, in terms of digital quality of life, Mexico is one of the countries that suffers the most, so to speak, When it comes to download speed, it is average, with an average of 27.62 Mbps.

Without a doubt, in recent years, after the arrival of the pandemic, the internet was even more vital in the midst of a context in which classes and work activities had to move to digital.