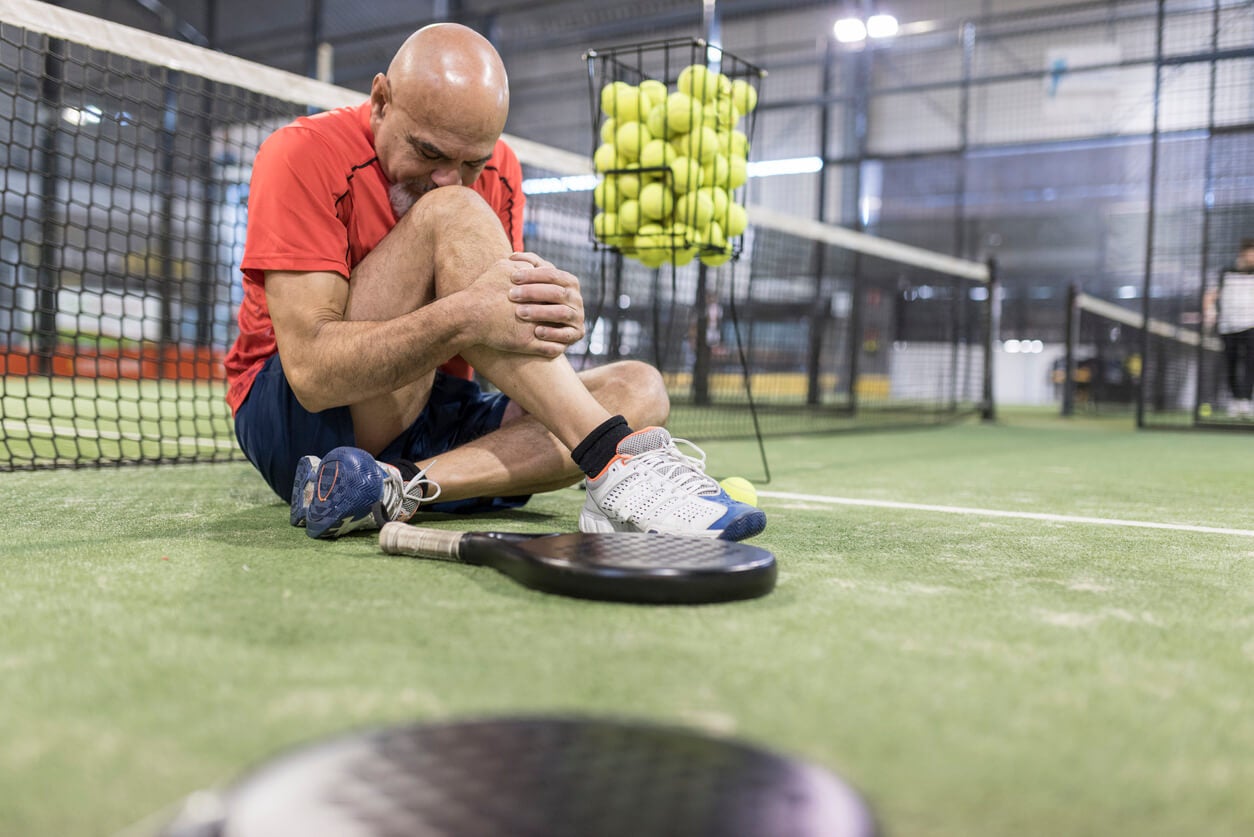 The article has been checked for accuracy (content includes links to reputable media sites, academic research institutions, and occasionally medical studies). All content on our website has been reviewed, however, if you feel our content is inaccurate, out of date or questionable, you can contact us to make the necessary corrections.

Internal calf rupture is a common leg injury in athletes; especially in those who practice tennis, basketball, skiing and soccer. We teach you a little more.

Internal gastrocnemius muscle rupture is also known as tennis legs or tennis leg. It is one of the most frequent muscle injuries in the leg, secondary to sports practice.

This injury is located on the calf. It is called calf to the back of the leg, in the area just below the knee crease (popliteal fossa) to the ankle.

Index hide
1 When is internal calf rupture most common?
2 What can cause calf muscle rupture?
3 Symptoms
4 Confirmatory diagnosis is by imaging
5 The treatment of internal gastrocnemius muscle rupture is conservative.
6 Is rest really important?

When is internal calf rupture most common?

The internal gastrocnemius muscle rupture can be a tear or a complete rupture of the muscle fibers. It is mainly due to muscle fatigue. by rapid, repeated and high-intensity movements.

The tennis leg was first described in 1883 by Powell. At that time, the researcher established that the injury is caused by extension of the knee with forced dorsiflexion of the ankle, such as when braking while running or starting with the forefoot.

It is more common in men athletes between 30 and 50 years old and in tennis players, from which its name derives. However, it also occurs in any exercise that places a higher workload on the calf muscles, such as basketball, marathons, soccer, and skiing.

What can cause calf muscle rupture?

The calf muscles are exposed to a lot of load and muscle tension, because they are responsible for supporting the weight of the body on the forefoot and fingers when walking.

Sudden acceleration movements, such as running or jumping, as well as sudden braking, cause a higher than normal workload. This, coupled with muscle fatigue, can end in a tear.

Muscle fatigue is due to repeated overuse of the same muscle group. Sometimes, without the proper warm-up and pre-stretching, plus physical conditioning, you can fall short of what you need.

At the beginning of its discovery, it was thought that the tennis legs It was the result of a ruptured plantar tendon. However, it is now known that this injury is caused by the following:

Read:  A DETOX IS THE DUMBEST WAY TO START THE NEW YEAR

The clinical manifestation of internal gastrocnemius muscle rupture is a sharp pain with a burning or stinging sensation in the calf, of sudden onset and of variable intensity.

The sensation of a blow to the calf, which is called stone sign. In addition, there is edema in the area, with warmth on palpation and even the presence of a hematoma.

When the injury occurs, at that time, you can hear and feel the pop of the break. For the most part it is a disabling injury, due to the intensity of the discomfort.

Confirmatory diagnosis is by imaging

Confirmation of internal gastrocnemius muscle rupture should be done by a doctor or physical therapist. Diagnosis is clinical and based on questioning of the mechanism of injury and physical examination of the calf.

The pain is exacerbated by palpation in the calf, leading to confusion with deep vein thrombosis. In addition, edema and bruising may be evident. A characteristic sign is the impossibility of plantar flexion. or to stand on tiptoe.

To reach the definitive diagnosis A high-definition soft-tissue ultrasound is performed. which allows visualizing the state of the muscle fibers, the presence of accumulated fluid and ruling out deep vein thrombosis. However, the ideal imaging study is magnetic resonance imaging.

The treatment of internal gastrocnemius muscle rupture is conservative.

Treatment is conservative and involves sports rest for 3 to 5 weeks or until plantar flexion can be performed without pain. Immobilization with walking boots is sometimes indicated.

In addition, means are prescribed to decrease pain and inflammation, such as the following:

After the ability to walk without a limp is restored, should be supplemented with physiotherapy, as eccentric strengthening exercises and stretching are required.

When there is the presence of hematomas (collection of blood between muscle fibers) that do not heal, an ultrasound-guided drainage should be performed. Surgery is only indicated in the presence of compartment syndrome or Achilles tendon involvement.

The treatment of internal gastrocnemius rupture is based on rest of the affected muscle, directed physiotherapy and symptomatic treatment with analgesics and anti-inflammatories. Resting the muscle is necessary to prevent fibrosis formation.

These residual scars make the tissue susceptible to breaking before a new intense stimulus. Today there are new methods, such as ultrasound-guided electrolysis, which acts directly on the fibrosis to undo it.

If you have intense pain in the lower limbs and have registered that you lose the ability to move the leg, then consult. Health professionals will be able to guide you to a resolution of your picture.

What happens if I do not deliver my proof of tax situation from the SAT?

Many new images of The Callisto Protocol appear, as well as new details