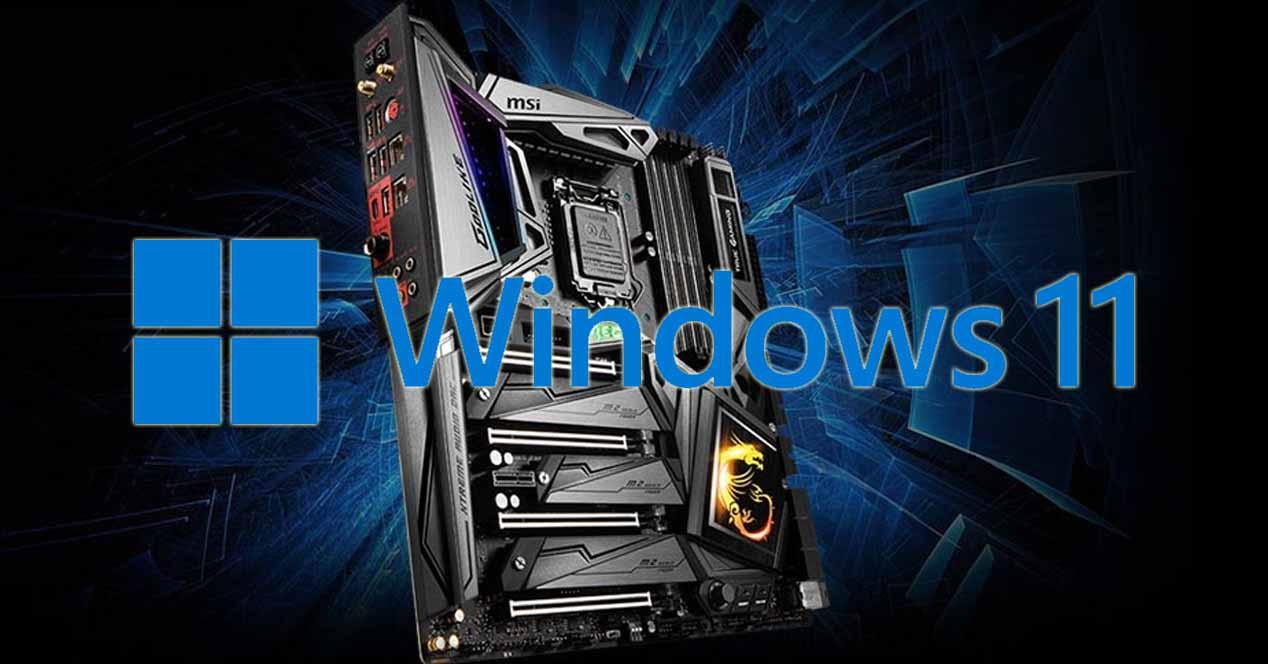 As we have mentioned on previous occasions, there is a lot of controversy around the TPM module that will be necessary to install Windows 11, but the good part is that Microsoft also allows us to do without it if we have integrated solutions from Intel or AMD, so that the support will be integrated directly into the motherboard and we will not have to worry about acquiring any external module. So, as we have mentioned before in this article, we are going to tell you which are the motherboards with chipset from the Intel side that will be compatible with Windows 11 natively thanks, in this case, to the implementation of Intel PTT technology.

Although the compatibility with Windows 11 due to the hardware will be limited in terms of the compatible hardware, there are many motherboards that have an Intel chipset that has PTT technology, although it is true that later there will also be limitations in as for the processor (but that’s another matter). As we mentioned before, motherboard manufacturers have been quick to list which of their motherboard models are compatible with Windows 11, so we for our part have compiled these models to give you a summary and to be as clear as possible.

ASRock was one of the first to publish a list with all the brand’s motherboards compatible with Microsoft’s new operating system, although they have also indicated that in many of them (if not all), the TPM 2.0 chip will have to be manually enabled. in the BIOS, as it is a factory-disabled feature.

According to ASRock, these are their supported motherboard families:

To enable TPM on the motherboards of this manufacturer, you must enter the BIOS, access the Security section and there enable the “Intel Platform Trust Technology” parameter.

ASUS has also produced a list that indicates which of its motherboard families are natively compatible with Windows 11, specifying that they are merely talking about the chipset they mount and, with this, it means that all models that carry it will be compatible without exception. . As in the previous case, you will have to manually enable TPM in the BIOS since it is disabled by default.

This is the list of Intel motherboards compatible with Windows 11, according to ASUS:

Read:  discounted laptops for everyone

In order to enable TPM in the BIOS of the boards of this brand, you have to access the Advanced Configuration section, then go to the PCH-FW menu and enable the PTT technology.

Like the previous two, this manufacturer has published which of its motherboards will be compatible with Windows 11, indicating only the name of the chipset and therefore assuming that all models that carry it will be.

Like all the others, in most motherboards the possibility of using TPM is disabled by default, so we must enter the BIOS and activate it by hand. To do this, in the BIOS you have to access Settings, then Security, then Trusted Computing and there enable the “Security Device Support” parameter.

For some reason, Gigabyte is the only major motherboard manufacturer to leave out Intel’s 100 series chipsets. In any case, unlike the previous ones, they do not indicate that you have to go to the BIOS to enable the security parameter manually, so we assume that it is enabled by default in this case. Anyway, we can find it in Advanced -> CPU Configuration.

How do you know if you have TPM already enabled?

Checking whether or not you have a TPM ready to work in Windows 10 is very simple. Simply right-click on the Start button and select Run or hit the WIN + R key combination on your keyboard. In the window that opens, type tpm.msc and click OK. Then the screen that you can see above will open in which you will be told whether or not you have TPM active and, also, the version of it (we have surrounded it with a red circle so you can see it).

If not, do not hesitate to access the BIOS of your system and enable it by hand because that is probably why, as long as your motherboard is clearly among the compatible models.