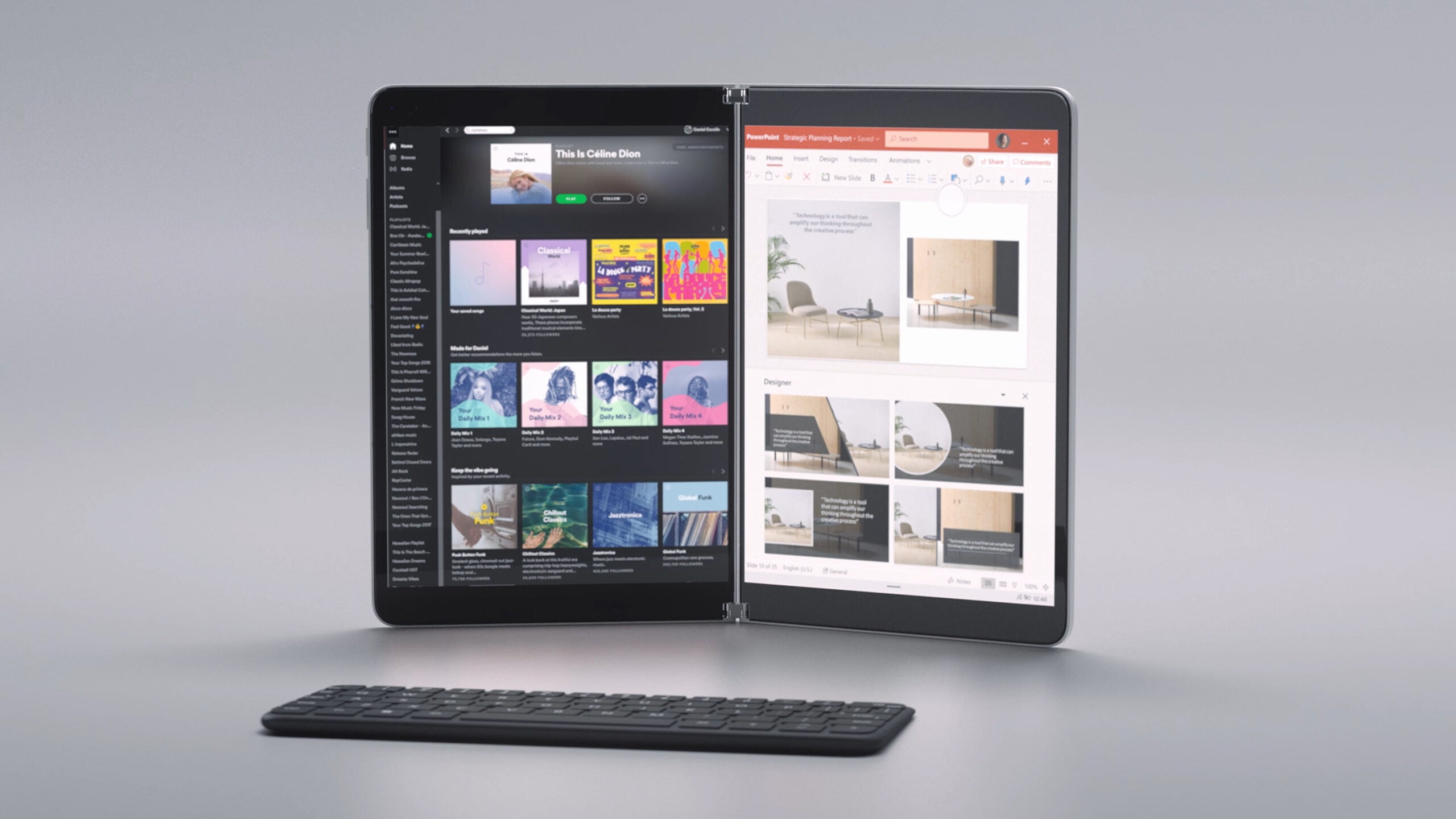 We continue to show some of the most important news from CES 2021. This time from Intel. The Santa Clara company has indicated that with the new specifications shown, the manufacture of folding devices will be adopted.

Intel today announced a new folding screen specification for its PC partners that will enable a variety of new and unique device form factors with folding screens. The company claimed that the first folding PCs to adopt this new specification will begin to be marketed this year, opening the door to a wave of exclusive new Windows PCs.

These types of screens allow a number of new form factors and postures. We’ve already seen Lenovo introduce the first Windows foldable device, the Lenovo ThinkPad X1 Fold. This device was met with criticism due to the weak chip and the operating system that was not optimized.

This year, the new folding PCs with Intel will go on sale with the specification Evo from Intel. It features 12th Gen Intel chips and focuses on responsiveness, with instant wake-up, fast charging, and battery life. “In the real world”. These new foldable PCs will be better positioned, which is good news for Windows users looking for a new folding PC.

However, Windows is not yet in a position to offer adequate optimization for foldable PCs. We will have to wait for Microsoft to report if they have been working on the Windows 11 Shell to adapt to these types of devices in their next big update.

Read:  The deployment of Teams 2.0 and its integration in Windows 11 begins

Apparently, Intel He has been working with Microsoft and Samsung on folding technology for a long time. The companies were rumored to be working together on something called “Horseshoe Bend Project” already in 2020, reaching 17-inch devices. It is clear that technology is a point of interest for several of these great technology companies.

From Microsoft they had already tried an approach to the folding PC with Surface Neo. Yes, it was two screens separated by a hinge, but the concept was similar, changing the style of the PCs. Unfortunately, that project was canceled for a number of reasons.

How to explain the eternal obsession with Star Wars