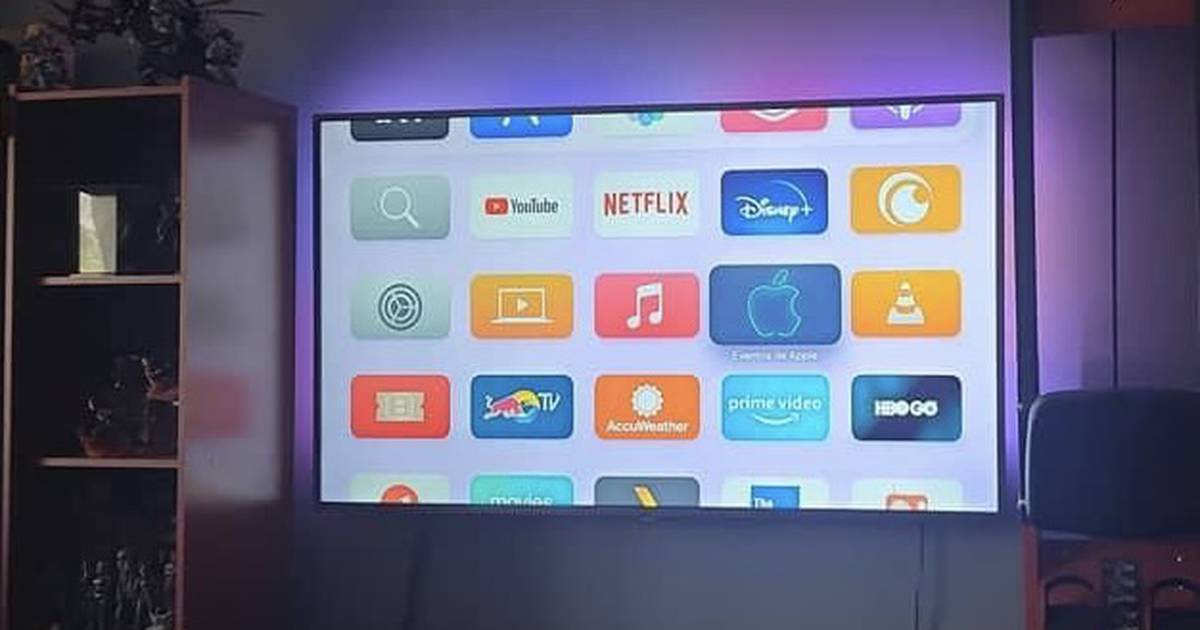 Installing a television on the wall may seem like a simple task, but it is not. “Must consider the material of the wall, the structures, the weight of the TV and of course the quality of the support”, explains Philippe Triat, owner of www.instalatuplasma.cl.

With 16 years in this trade, Triat is the installer of flat televisions with the most experience in Chile. It began when the first models of televisions of this type arrived in the country. “That’s why the site is called Instala tu Plasma, although today what is most installed are LED televisions,” he tells us.

Index hide
1 A story while we install a TV
2 The aesthetics: covering the cables
3 Why do we ask to leave the cables in the air?
4 “Weighs like a tank”
5 Technology: a challenge for older adults
6 The prices of the service: How to contact him?

A story while we install a TV

Philippe tells us the story of his undertaking, and how the scene of this service in the country has been changing while performs an installation of a 65″ Philips LED 4K Ambilight television. The weight of this television is not less: 24.3 kilos.

The expert at Instala Tu Plasma.cl is very neat with his work. He tells us that “a television of these dimensions and weight, yes or yes, must go with a fixed support. People sometimes ask me for arm mounts for large TVs, but I decline the job. I am not going to install something that does not correspond, something that will not last”.

The aesthetics of the installation is also very important for the expert. Measuring at each step “the level” so that the TV is correctly aligned, Philippe also asked us what height we required for the TV and gave us his own recommendations.. “At this point it will be aligned with the furniture next to you,” he recommended.

The aesthetics: covering the cables

Philipe always covers the TV cables with gutters, so that they “don’t look messy.” However, if one wishes to leave the cables uncovered, this can be requested. “I do not leave them uncovered, because I consider that work looks neater, better quality and cleaner when cables are hidden”, he pointed out to us.

And about cleanliness, not a minor fact: Philippe took care to put a container (shovel) when drilling the wall. We asked him why: “I always like to leave my workspace clean and tidy. No dust, no mess,” he explains.

Why do we ask to leave the cables in the air?

The first television that Philippe worked for us, the aforementioned Philips, is the one we use for reviews, retro reviews, and others, and we usually change the type of cables a lot (for the consoles), so we ask to leave them exposed so that they are more easy to change. However, and equally concerned with aesthetics, Philippe left them tied and they look straight and lined up.

On a second installed TV, Philippe did use the gutters (in this case white) and it looks great too. Can all types of televisions be hung? Yes, but the specialist points out that there are more complicated models than others.

Read:  Meet the 10 most expensive NFTs in history (part 2)

“One of the most difficult is The Terrace, the television that Samsung proposes to install outdoors. It is very heavy, and honestly because of its weight and its price I do not recommend it”. You have to remember that this TV weighs more than 39 kilos and Triat describes it as “a tank”.

In this case, the specialist points out that it is much more worthwhile to use another cheaper LED, and change it when it breaks. “I have installed many televisions on terraces or barbecue areas, and honestly they do not spoil even if they are outside”he tells us.

They are part of the things and stories that Philippe has been observing with this profession in 16 years. The specialist says that to some people their prices may seem somewhat high, but “I am concerned that it be a quality installation and I take responsibility for that”.

Triat accuses that in recent times many other television installation services have been installed “but they are not concerned that the fixing systems they use are of quality.” “I am always aware of my suppliers,” he tells us.

“You have to know which plug to use, drill correctly according to the wall, use an appropriate support according to the dimensions of the television and more. It’s not just showing up and hanging up”, he explains to us.

Technology: a challenge for older adults

Triat also has great patience and a lot of love for its customers. He tells us that when he has had to attend to elderly people, he worries about extra details such as installing their audio systems on the televisioninstall applications like Netflix and teach them how to use their equipment well.

“I have had a lot of older adult clients who change their television to update it, but who do not have anyone to teach them how to use them properly.” His career has led him to install televisions throughout Santiago, from the most affluent neighborhoods to the most humble. “The attention is always the same, I want my clients to know that quality work is being done and that their TVs are safe.” And it is that a television is not a minor investment. Something very important, if we consider that Chile is also a seismic country.

The prices of the service: How to contact him?

The prices of InstalaTuPlasma.cl are very clear on their website. The installation with a fixed support of a television of up to 55″ has a price of 60,000 Chilean pesoswhile from 56″ to 65″ it costs 80,000 Chilean pesos.

For televisions that measure from 66″ to 75″, the value is 100,000 Chilean pesos and it also has tempered glass solutions to put video equipment such as streaming boxes or Cable TV. You can learn more about the specialized television installation services offered by Philippe Triat at www.instalatuplasma.cl, where you can also contact him via WhatsApp.