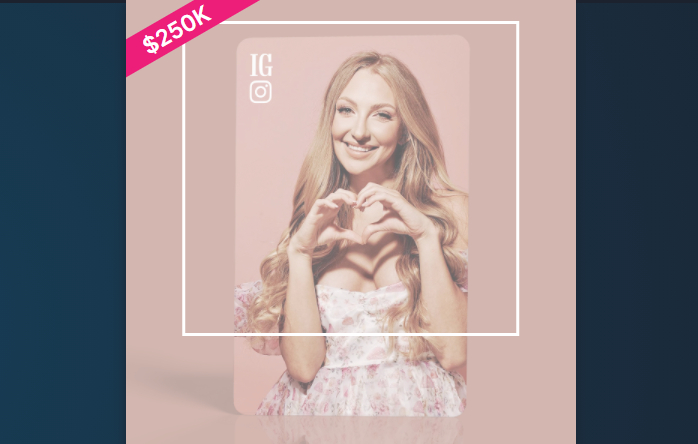 Although for many central banks and proponents of traditional finance, digital assets are just a bubble waiting to burst, the sector continues to deliver news that mobilizes huge amounts of dollars. NFTs are an example of this.

Before going to the influencer who sold her “digital love” in the form of NFT, we must explain that, by definition, non fungible tokens They are unique digital assets that can be used as a store of value or to make transactions.

Humanity has always valued tangible products that are scarce, such as gold or works of art, for example. The NFTs are more or less the same, but they cannot be touched (they are in the digital world) and they work under the rules that establish the validations of the blockchain format. This makes them related to cryptocurrencies, but they are not the same.

Sites like Open Sea, Makers Place and SuperRare They allow creators of digital art and collectors to find themselves in a huge market that ranges from digital paintings, to “virtual cats” and “love”, just like the influencer in question.

Marta Rentel, a 26-year-old Polish woman with 660 thousand followers on Instagram, sold the non-expendable token on July 13 and, as a result, promised to love the buyer and have a date.

But it will not be she (the real one) who has the appointment, but “Marti Renti”, a virtual identity that is the one she put up for sale in the form of NFT. “It’s part of my personality online,” he told NYPost.

The Renti’s website says: “My name is Marti Renti. But it is not my ‘real’ name, it is my digital version in this parallel world where the Internet is my stage ”.

Read:  Zoom or Microsoft Teams, when should we use each one

The sale represents the first of many intangible assets that you plan to offer in the form of NFTs. It will also sell original video and image files.

Renti says he was “inspired” by the NFT’s marketing of an “invisible sculpture” by Italian artist Salvatore Garau for $ 18,300 last May.

“Marti Renti” did not share the identity of the person who paid $ 250,000 for an NFT of her love and a dinner date, but said she was looking for someone “who is crazy enough” to travel with her “to this infinite galaxy of digital emotions ”.

NFT: a world of dollars

In general terms, the NFT market is an exchange of encrypted digital information, where the recipient unlocks his high security “tokens” to give access to the buyer.

Due to its highly encrypted nature, it is considered one of the most secure ways to exchange information over the Internet, resulting in some very high-profile sales of late, such as the Doge meme, whose image is now that of the cryptocurrency dogecoin, for 4 million dollars.

For other examples, this year a picture of Emily Ratajkowski was sold for $ 140,000; Twitter CEO Jack Dorsey’s first tweet for $ 2.9 million; and the source code for the initial launch of the World Wide Web, for 5.4 million.