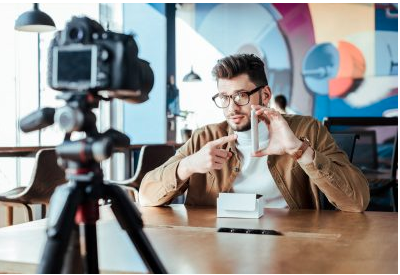 Within the current context, social networks and digital platforms have positioned themselves as the trending technology, largely due to all the tasks they allow to be carried out; However, its great success is not only in the number of active users, but also in the number of content creators that have taken these spaces as the big windows to make themselves known and generate income, thanks to virality strategies such as It is influencer marketing.

It is estimated that worldwide, the number of Internet users in the world already exceeds 4 thousand 950 million, a figure that represents just over 62.5 percent of the world population, of which it is estimated that there are few. more than 200 million content creators around the world, who make use of the networks, to generate income, this not only for earnings from views, but also for collaborations with brands and companies, who bet on virility to give learn all kinds of strategies.

In this sense, and according to Glassdoor, within the national territory, the average salary for an Influencer Marketing Manager is just over 27,306 per month, while earnings from collaborations can vary, depending on the number of followers of the influencer. creative, as well as the presence of the brand, in the same way TalentMX, points out that the salary of an average content creator is around 114 thousand pesos a year, this considering a considerable base of followers, since as the number of followers increases, also profits do.

Read:  This is how a tiktoker was saved from cancer thanks to his followers

That is why a user who has between 100 to 10 thousand followers can be considered as a micro-influencer, who already has an active community, however, when beginning to exceed these types of figures, content creators begin to apply as macro influencers, who can already register millions of followers, in which they have an impact and generate trends.

Consumers are more receptive to podcast ads than TV ads

Spotify and great news for podcast creators: they will be able to charge US $ 150 per month