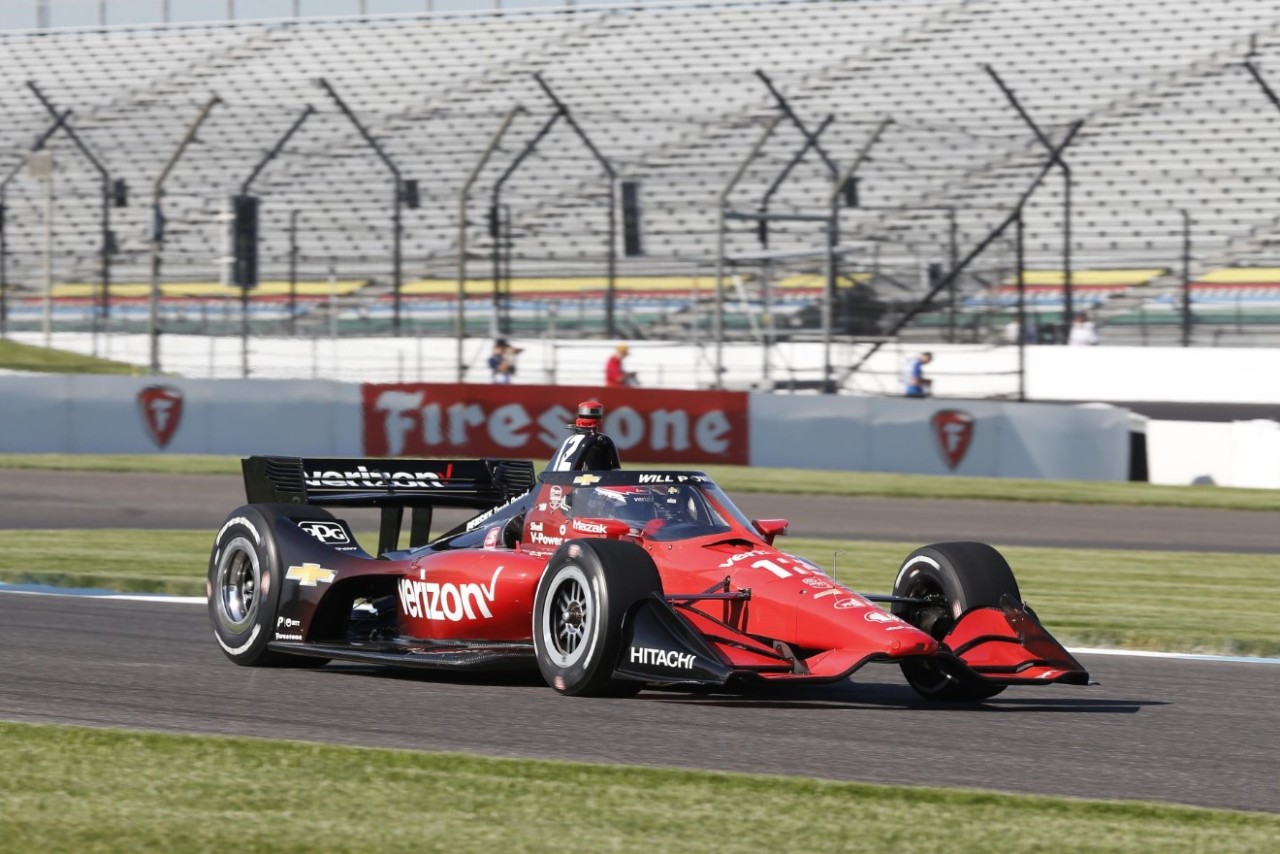 It was close at hand, but Álex Palou narrowly missed what would have been the second pole of his IndyCar career. On a pristine Friday in which he hasn’t dropped out of the top two at all times, the Chip Ganassi Racing driver had set the fastest time of the Fast 6, with only one driver left to finish his lap. But of course, he was not just any driver, but the best driver who has ever faced an IndyCar in these circumstances. Will Power’s lap appeared, and pole position at the Indianapolis Grand Prix became his.

The 41-year-old Australian veteran got the 64th pole of his sports career in IndyCar after a final time of 1:09.766, with which he improved by 43 thousandths the time previously set by Palou. Power, who has already achieved at least one pole for 14 consecutive seasons, has already obtained six poles on the Indy GP track, the second best record in history on a permanent or urban circuit after the nine that he himself has obtained in St. Petersburg, and He is already only three poles short of the 67 with which Mario Andretti holds the all-time record.

Palou spent the entire classification almost in a technical tie with Power, after being 14 thousandths behind in the first round and 79 thousandths ahead in the Fast 12 with the best time of the weekend (1:09.411). He had only qualified in the top two on his Portland pole last year, and it will be the fourth time the Spaniard has started on the front row adding the ‘gift’ positions from Texas 2021. The Spanish driver will start right in front of a solid Josef Newgardenone of his main rivals after his two wins in the first four races.

The great sensation has been the fourth position of Conor Daly, improving two places on his last appearance in a Fast 6 last year at this same track. Contrasting his team-mate Rinus VeeKay and a slightly disappointing 15th position, Daly has equaled his best road-course qualifying for his fourth top-five finish on an IndyCar grid. The good handling of his soft tires allowed him to overtake the two McLaren SP drivers: Both Felix Rosenqvist and Pato O’Ward passed the Fast 12 after Palou, but when push came to shove, they fell behind, with the Mexican ahead of the Swede.

At the gates of the Fast 12 were two promising rookies in the figure of Callum Ilott and Christian Lundgaard. Especially noteworthy was the participation of Ilott, who was 15 thousandths behind the Fast 6 and signed the first top 10 of Juncos in classification. Lundgaard championed the strong presence of Rahal with his three drivers in the Fast 12with Jack Harvey ninth and Graham Rahal twelfth behind Scott McLaughlin, who is second in the overall standings.

As was seen coming after the first free session, Andretti Autosport suffered a lot again, with Romain Grosjean’s 10th place being his only decent position. Colton Herta, a usual great circuit classifier, could only be 14th, and Alexander Rossi will start from 16th. It was even worse for Palou’s teammates in Ganassi, with Marcus Ericsson taking 18th place and the Scott Dixon’s surprising 21st placevery unhappy with the balance of his car throughout the day.

For the race on Saturday (21:45 in Spain), there are forecasts of rain and unsettled weather during various portions of it, so the tire strategy and positions can be totally altered, as has happened in the past on several occasions with this test. For Palou, it will be a great opportunity to get, or another great result before the Indy 500… or a victory that takes you with the maximum possible inertia to the Month of May. So be it.

The race will be broadcast on Saturday on Movistar Deportes 1 and 6 starting at 9:30 p.m. (Spanish time).

You can turn off someone else’s iPhone alarm using Siri

The drama of invisible marks