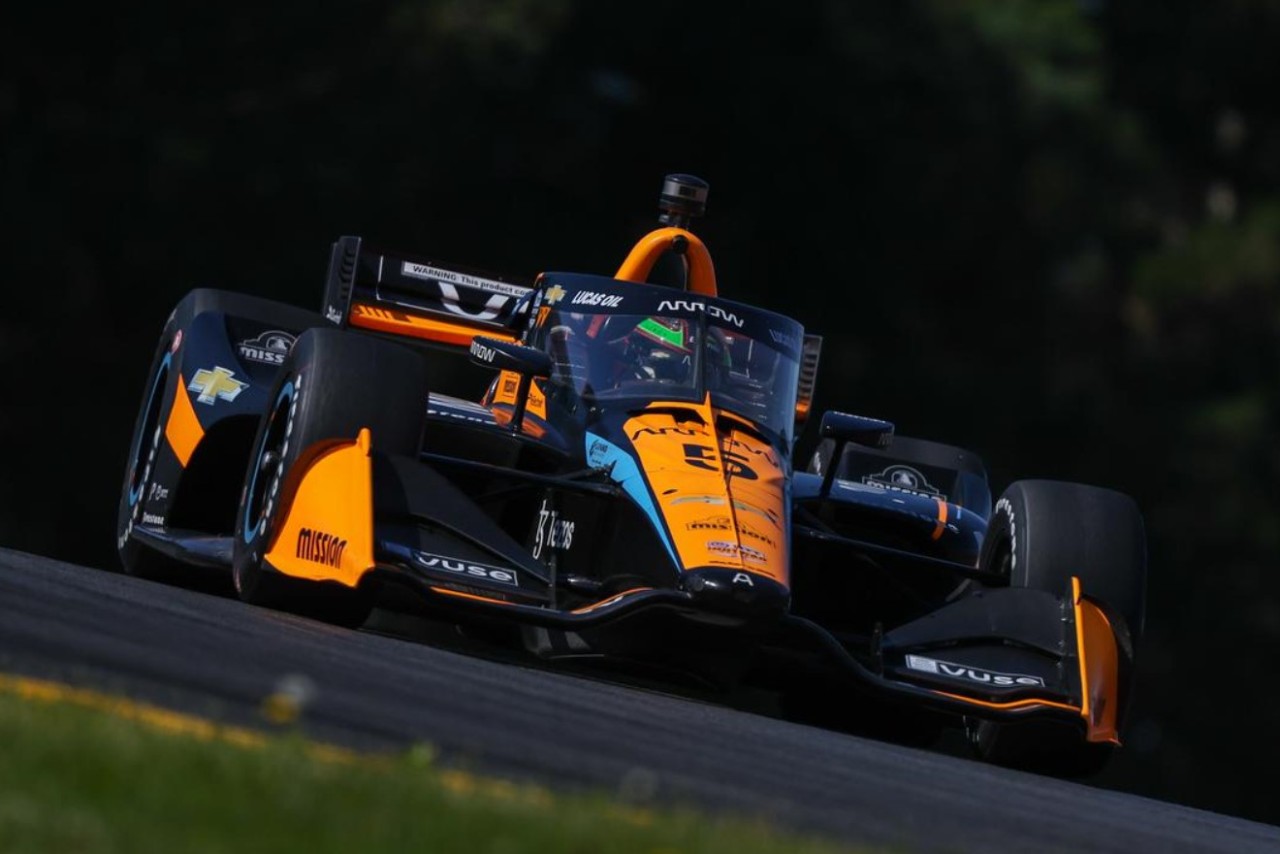 The first nine races of the 1961 USAC Championship Trail season had nine different drivers on pole position, a fact fueled by the dirt oval qualifying, and which had already happened in 1952. six decades laterthe drivers of the IndyCar Series have matched this historic record from another era this Saturday, by becoming Duck O’Ward in the ninth poleman of the season in nine dates after the highly disputed classification of the 200 miles of Mid-Ohio.

The Mexican driver, who this year had been on the verge of the fifth pole of his career in Barber, finished a solid classification to finish redeeming himself. After two rounds in the wake of his partner Felix Rosenqvist, the McLaren SP star was the only driver with two sets of tires available. He took advantage of it to set a first lap in 1:07.0 that was close to being enough for pole, but O’Ward ended up raising the bar further in his second game with a 1:06,705his best qualifying time in the same tenth as in the two previous sessions despite the tires used, and two tenths off the best time of the day.

On the opposite side of the scale, Rosenqvist could not complete his great work in the first two rounds, his good fourth place being a prize that he knows little about. In fact, O’Ward was the only one who could deprive his second pole of 2022 to a very launched Scott McLaughlin, who took over from Team Penske in the face of the various misfortunes of his teammates, leading his group and the Fast 12 before his last attempt in the Fast 6 left him one tenth from the coveted pole. Even with everything, it was enough to overcome Colton Herthawho quietly returned to the noble part of the rankings after several appointments in the middle zone.

veterans Scott Dixon and Simon Pagenaud they completed the Fast 6 after a very tight duel in the previous round in which the drivers from fourth to seventh were separated by just two thousandths. Who lost out in the equation was Alex Palou, whose seventh position equals the one obtained in the 2021 qualy. The Spanish Ganassi driver already had a busy access to the Fast 12 after suffering two important scares with track exits on his last lap, and an insignificant margin of time ended up costing him two or three potential positions. Fortunately for him, many of its direct rivals suffered major setbacksincluding the top three overall.

Leader Marcus Ericson he was knocked out by one place in the first group and will have to start 13th after failing to overtake rookies David Malukas and Callum Ilott, who did a great job getting their cars to eighth and tenth respectively. Next to him, he will share the seventh row Joseph Newgarden, whose favoritism heading into pole position was completely diluted by traffic caused by Jimmie Johnson and Tatiana Calderón on their best laps. The worst side of the coin was for Will Power, Ericsson’s closest pursuer in the general standings, whose excellent lap of 1:06.479 (the fastest in qualifying) was neutralized after blocking Hélio Castroneves on the track due to a Penske communication error. From a potential pole position, to 21st on the grid.

The driver who knocked Newgarden out of the Fast 12 was Kyle Kirkwood, an expert in Mid-Ohio in the lower formulas, and who signed his best classification in IndyCar with a ninth place that could have been even better, ahead of very fast drivers like Rinus VeeKay or Alexander Rossi who did not achieve an effective lap in this second round, or a very frustrated Romain Grosjean with his tires who will start 17th. Total, nine of the 10 teams managed to place one of their cars in the Fast 12; the only exception being the Rahal team, again outside the top 15 entirely with another performance lacking in speed from all three of their cars.

AJ Foyt, Rodger Ward, Jim Hurtubise, Parnelli Jones, Don Branson, Al Keller, Dick Rathmann, Eddie Sachs and Tony Bettenhausen were the polemicists of that 1961 streak before Sachs broke the mold. On this occasion, the protagonists of the poles have been McLaughlin, Rosenqvist, Herta, VeeKay, Power, Dixon, Newgarden, Rossi and O’Ward. It remains to be seen which of them will break the dynamic, or if the Toronto event will have an outright record 10th different poleman to ‘start’ the year. All this, added to the fact that no one has won from pole in the last seven races. Competitiveness in its purest state.

The race will be broadcast on Movistar Deportes 2 on Sunday from 6:40 p.m. with comments from Raúl Benito and Roldán Rodríguez.

What is special about Henry Martin’s car?