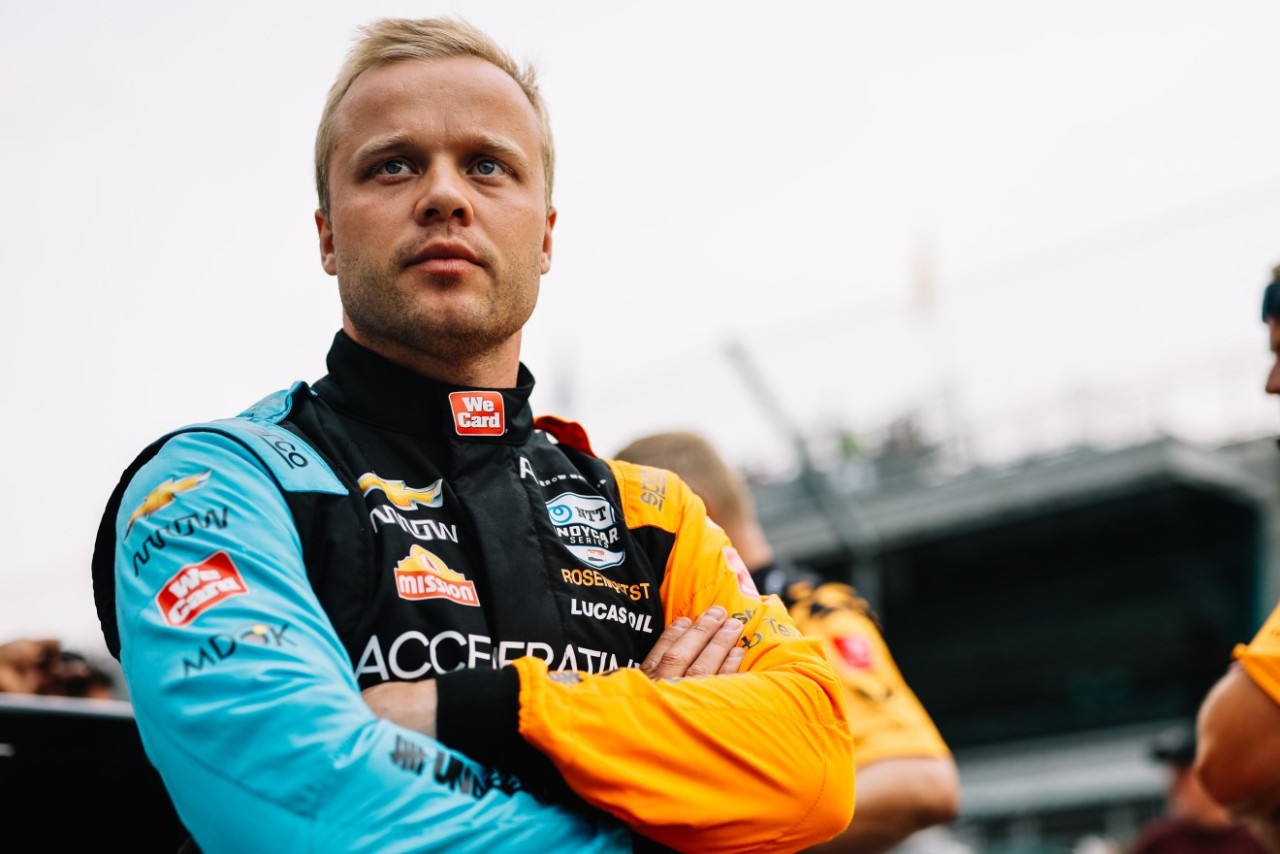 The disputed future of Felix Rosenqvist It will continue to be tied to McLaren’s orange colours, but its competitive destiny could be very different from today. In an official statement published this Thursday, McLaren Racing has confirmed that the Swedish driver has signed a multi-year renewal with the organization, for which he has been competing since 2021 in the IndyCar Series within McLaren SP. Nevertheless, It was not the American branch of the team that made the announcementsince this renewal does not imply the confirmation of its program for 2023.

A month ago, McLaren confirmed its entry to the Formula E World Championship from the 2022-23 season, filling the vacancy that Mercedes will leave when the competition ends in two months, and will use the Nissan powertrain, an aspect that has also been revealed today. All this fits the profile of Rosenqvistwho was third in his debut season in Formula E in 2017 and performed well in his two years with Mahindra before being recruited by Ganassi, is currently in his fourth IndyCar season and second as a member of McLaren SP.

Despite a recent good run that places him eighth overall, and the expansion for 2023 of the McLaren SP program to three cars, its significant performance bumps in these years they have questioned its continuity, as well as the renewal of Pato O’Ward and the signing of Alexander Rossi for next year. It is for all these reasons that McLaren has chosen to communicate publicly that Rosenqvist chooses to compete “in one of the two categories”, which in theory leaves the door open for him to continue in the United States in the third car. However, the verb forms in the past tense invite us to think that the Swede’s mind is already set on an upcoming challenge.

“The expansion of the team provides additional opportunities for me in the United States and in Europe. I look forward to announcing my plans in the coming weeks,” said Rosenqvist, who turns 31 in December. «I have enjoyed my time with McLaren SP in IndyCar and we’ve had some great times together, like this year’s pole at Texas and finishing fourth in the Indianapolis 500. I am grateful for the opportunity to explore the new options available to use my experience in helping McLaren.

Read:  The most powerful and sporty SEAT León diesel is now available with manual transmission

In recent weeks, multiple US media have pointed to several candidates to fill the vacancy that Rosenqvist would vacate at McLaren SP, ringing out the names of Rinus VeeKay, six-time champion Scott Dixon (who would have been offered a percentage in the team and a future executive position, according to these rumors) and even the current champion Álex Palou. Be that as it may, the Zak Brown lineup maintains that the final make-up of their line-ups will be announced “in due course”so it could still be a few months before the puzzle is unraveled.

Rosenqvist’s promising debut with Ganassi, finishing fourth in St. Petersburg after leading the race and sixth with two podium finishes in his first year, it didn’t end up fully materializing. After being eleventh in 2020, and with the renewal on the table, he accepted the offer from McLaren SP, giving his place to an Álex Palou who took the opportunity to be champion; at the opposite end of the deck, Rosenqvist signed a nightmare 2021 with just two top-10 finishes in the second half of the year and missing two races through injury. This year he seems to have rediscovered a good part of his form, finally showing himself comfortable in ovals that were his kryptonite until very recently. Maybe he doesn’t have many cambers left to face…

Voyager goes bankrupt and everything around it falls apart

Is Formula 1 a sport?

Copper collapses to a 20-month low, dragging down miners