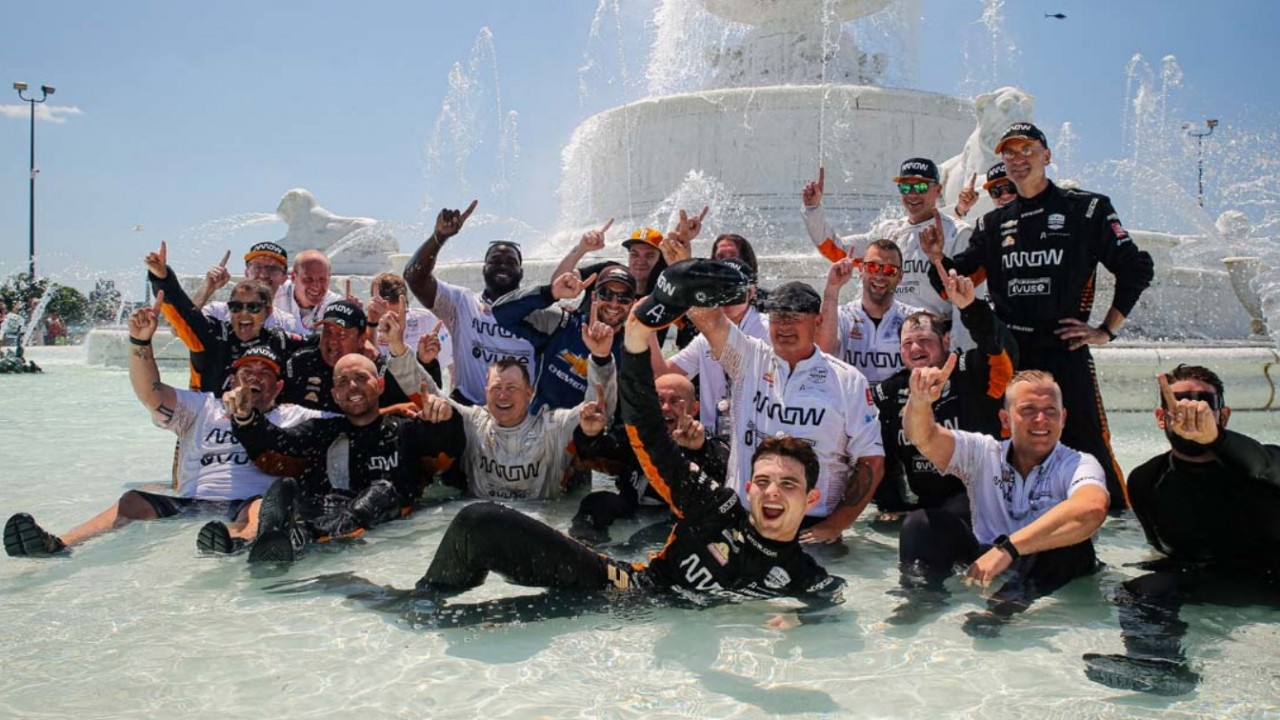 With the year 2021 about to close its last chapters with very little competitive activity, one of the main IndyCar teams has already decisively defined its future as a structure. Three and a half months after announcement made in early August, McLaren Racing has formalized the agreement to become the majority shareholder of Arrow McLaren SP, the formation formerly known as Schmidt Peterson Motorsport.

McLaren announced in summer 2019 the beginning of a fruitful association that led to the change of name of the team for 2020, and with which both parties achieved the objective of fighting for the championship, hand in hand with the Mexican Pato O’Ward. Now, the greater economic and human integration could be the decisive step to consolidate between the great teams of IndyCar and get hold of the successes that Penske, Ganassi or Andretti usually monopolize.

The official statement issued today serves as mere confirmation of the key points announced in August: the board of directors headed by Zak Brown in which Sam Schmidt and Ric Peterson, now as minority shareholders, will be accompanied by three McLaren appointees, and Taylor Kiel’s prominent role as the team’s president of operations, reporting directly to Brown on the performance and the different challenges that McLaren SP may encounter during a key 2022. Again, the financial terms under which the agreement has been produced are kept in the strictest confidence.

Being the great bet of McLaren SP as the main driver, Pato O’Ward went from being a promise stuck in low-budget teams, to becoming one of the stars of the contest. In 2020 he finished fourth in the general classification with one pole and four podiums, and in 2021 was Álex Palou’s main contender in the title fight, leading on two occasions and obtaining his first two victories at the Texas oval and the Detroit urban. Arriving at the final round in Long Beach with few options, a mechanical problem relegated him to third place, losing the runner-up to two-time champion Josef Newgarden.

Read:  We discover the design of the BMW X5 Facelift 2023 and all the novelties of the Bavarian SUV

McLaren SP’s big unfinished business as a team remains his second car, which has only been in the top 10 five times in a total of 30 races. His first driver, Oliver Askew, achieved three of them in the first six races, including the podium at Iowa, but the late aftermath of a severe accident in Indianapolis affected his performance, and a poor internal handling of the situation left him without seat for 2021. His replacement, the coveted Felix Rosenqvist, had an even worse year in which he finished outside of the top 20 overall, with just two late top-10 appearances and missing two races in a shocking collision in Detroit.

The key to valuing McLaren SP as a real alternative in the immediate future will go through the performance improvement of the # 7 and the stability that keeps both drivers. More so in a formation that, due to injuries or other incidents, has only completed all races of a season with the same pair in one of the last seven years (2016). On the horizon, for 2023, a third full-time vehicle that will appear in several rounds this coming season, for which Nico Hülkenberg was linked after his test before the German discarded this alternative, and to which Stoffel Vandoorne could apply. after his own test next week in Sebring.

Announced the new free game of the Epic Games Store