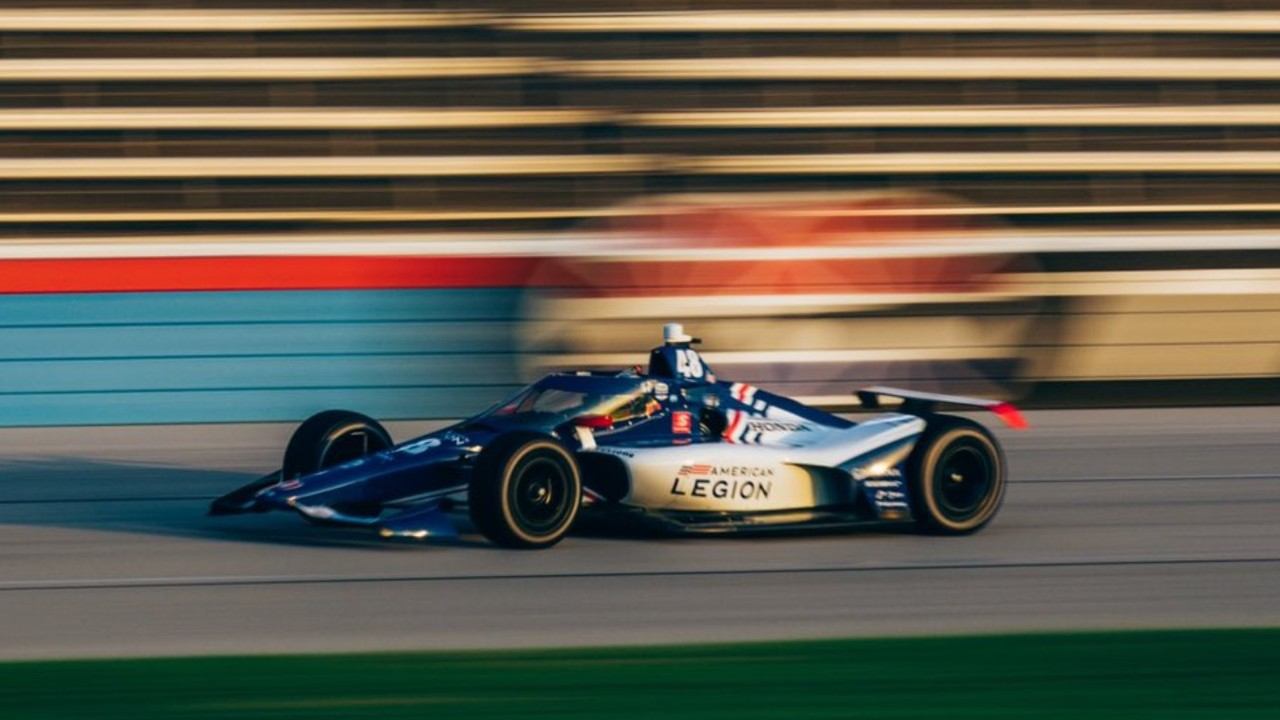 In yesterday’s journey, Jimmie Johnson He returned for a moment to be 30 years old. After shaving off the beard that has been with him for the past decade, the seven-time NASCAR champion headed for the Texas Motor Speedway this Monday for a test day. That stamp was repeated many times at the time, but this time his work tool was far from being a 1,500-kilo stock car. Chip Ganassi Racing # 48 awaited him there, with the aim of Johnson making his first oval test as an IndyCar driver, something that until very recently seemed unthinkable.

Almost 10 years after his controversial statements Following the death of Dan Wheldon, in which he assured that “IndyCars should not run in ovals”, the American driver has launched himself to the highest level on the calendar, with up to 24 degrees in the curves. The initial plan was to do it at Homestead-Miami Speedway, an oval that is in the pools to return to the calendar in the next two years. However, given that the last time they raced there was in 2010, and with a car very different from the current ones, Ganassi and Johnson opted to carry out the test in an enclosure present in the calendar, in which the Dallara DW18 had valid setup references.

Due to some publicity commitments in another state, the test took place at very early hours to allow as much filming as possible, taking place between six in the morning and one in the afternoon to be able to complete the criteria of the ‘rookie test’ in oval. To assist their partner in his oval initiation in a single-seater, they were in the enclosure Scott Dixon and Tony Kanaan, plus a Dario Franchitti who has served as a coach since his forced retirement in 2013. The three accumulate an invaluable experience of six victories in Texas, a scenario where Johnson has won NASCAR seven times, including a streak between 2012 and 2017 in which he won six of the 10 times he raced there.

Although no information has been leaked regarding the times he recorded, Johnson was satisfied with the adventure: “The overall experience has been incredible. We learned a lot, I picked up speed fast and clocked some really fast times. Being on a circuit where I have already raced in the past has been helpful, ”said the 45-year-old veteran champion, for whom the introduction of the aeroscreen has played a fundamental role. “The way IndyCar has advanced its safety, and what the circuits have done to improve it, make my worries much less, and that’s why we are here today. Knowing that I can come here, test it and experience it as a pilot was important to me. Do it by myself, and in the difficult oval ».

Read:  Valentino Rossi retires from MotoGP at the end of this season

Despite having disputed almost 800 oval races throughout its trajectory, his experience did not necessarily have to be transferred to what is necessary to go fast in an IndyCar, something that the pilot himself has been able to calibrate. “The laps that I have done today help me to fit in the similarities that exist between IndyCar and NASCAR, and there are some differences that I was also able to understand today. The way I attack the oval is very similar to my NASCAR days. The tools we use are somewhat different, and the pace of the car is a bit faster, so I have a lot to adjust in my field of vision. The speed of the adjustments in the car, and the lateral G-forces in the curves, are very high compared to what I’m used to.

Johnson, without any competitive experience in single-seaters until this year, disputes his first IndyCar season with a program focused on permanent or urban circuits, without having passed in nine appointments the 19th place obtained in his debut. So he has not participated in all four oval races, including the Indianapolis 500, but the chances of him competing in the ‘Greatest Show in Motorsports’ seem higher and higher. The doubt resides in whether he will also dare with a complete program and will compete in the rest of the ovals: Texas, Gateway and the double date of the returned Iowa. As in his contract, Tony Kanaan also signed with Ganassi for two seasons to take charge of # 48 in those tracks

«Today is the first step to racing the Indy 500, and potentially the ovals. I feel like I have to work on the things that make me comfortable in the car, and this is one. I need more sessions on the track before I can make a decision, and have more conversations with my family, with Chip and with the sponsors, “said Johnson. “There are a lot of moving parts in all of this, but I’m very grateful to the team for finding the dates and saying, ‘Hey, let’s get you a few laps, see what you think.’ As soon as you have had a couple of days to digest it, we will know what the next step may be.If we go to another oval and try to get more experience for a later race.

Bitcoin Price Clings to $20,000 as Analysts Warn of a Turbulent Road Ahead