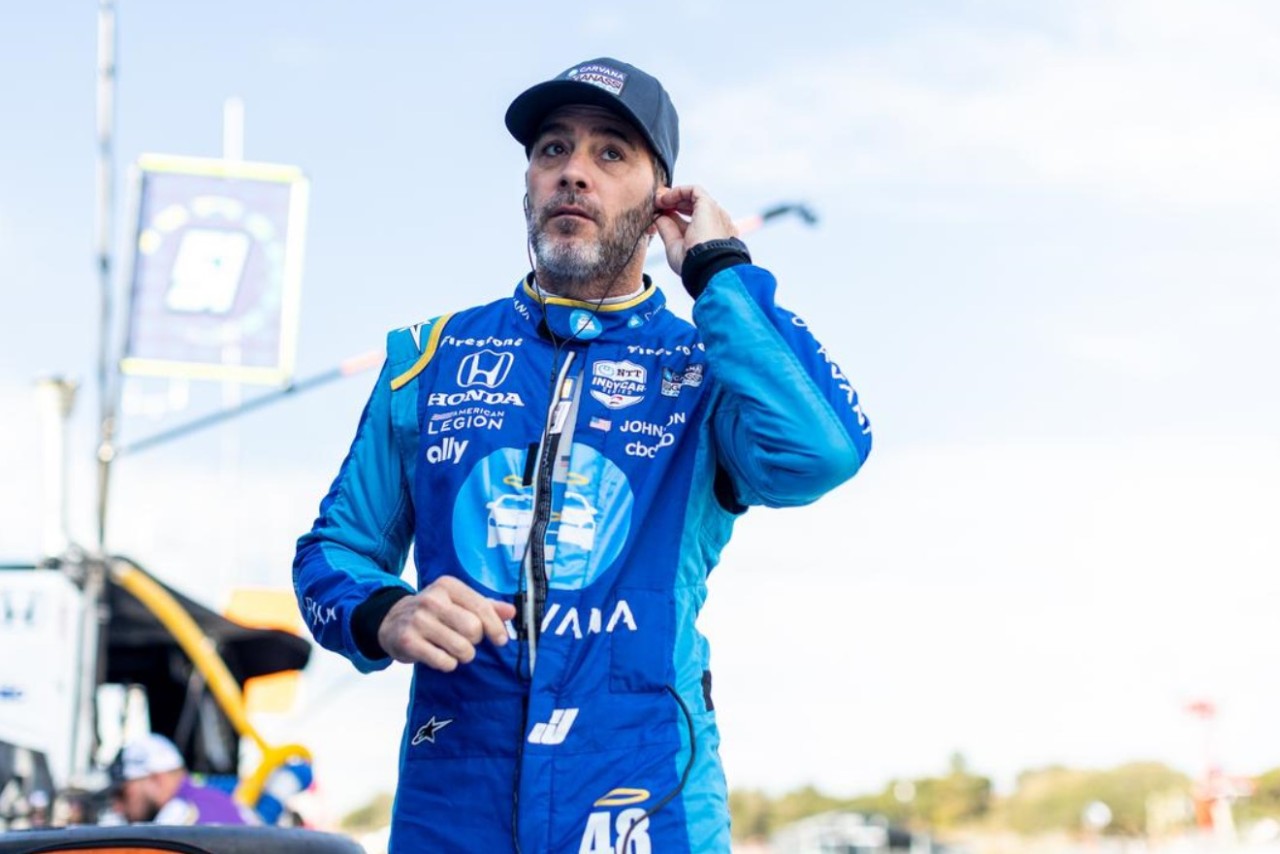 The veteran seven-time NASCAR champion will not contest the full IndyCar season in Ganassi’s fourth car, but is confident of a partial return focused on the ovals and the Indy 500. In his future plans, the 24 Hours of Le Mans and returning to some NASCAR event.

the adventure of Jimmie Johnson in the IndyCar Series, like his career in motorsports, he faces his final stretch. The 47-year-old Californian, who has dedicated his efforts for two seasons to single-seaters after a successful career of more than two decades in stock cars, announced this Monday that won’t compete in IndyCar full-time in 2023opening the door to a competitive program of select events yet to be determined.

The seven-time NASCAR Cup Series champion, with five consecutive titles between 2006 and 2010 before repeating in 2013 and 2016, made his IndyCar debut in 2021 with a program focused on circuit racing, before undergoing this year a full 17-race schedule that included the Indianapolis 500 and the other oval tests, his specialty par excellence. He combined all this with his participation in the four endurance races of the IMSA championship, which led to a 2022 with many commitments, and far from the greater tranquility that I was looking for fleeing from the almost 40 events that NASCAR celebrates.

“I have improved, but the challenge is two or three times bigger than I imagined”

“It’s been a busy summer. It seemed like in my time in NASCAR, being away from Thursday to Sunday all the time, ”says Johnson, who this weekend closes his season with the Petit Le Mans at Road Atlanta, and who seeks to combine his calendar with his family life. «I feel like I’ve improved, but the challenge is two or three times bigger than I originally imagined.. This was about the experiences, not the results, and the friendships and relationships I’ve formed. I don’t want to play another full season if I know I can’t give it my all»

Despite driving for a top-tier team like Chip Ganassi Racing, Johnson has gone through the expected difficulties of a change of discipline so late, higher than his fans expected, with two 16th places as the best result in 24 races. His best numbers by far have come in the ovals, giving brushstrokes of his great style with a fifth place in Iowa and a sixth in Texas. Despite his accident in the final laps of the Indy 500, a double point event in which he had qualified twelfth, Johnson has managed to finish the year in 21st position in the table ahead of four other regular competitors.

Index hide
1 All ovals or just the Indy 500?
1.1 Le Mans and cameos in NASCAR, next horizons

“I’m at a point where I am satisfied with the achievements I have had in 2022. When the year began, I really felt that I would like to stay for more years and continue. But in this period of time that I have had to reflect, being so satisfied with my entire season in IndyCar and with the experiences that I have been able to have, it has come to this, “says Johnson. “I still really want to compete, but I don’t see myself being able to cope with the energy, effort, time away from home and all the commitments required to perform at my best in a full season, and I think 2022 has met a lot of goals for me.”

Read:  SAP leaves the Russian market after 30 years of operation

Indeed, Johnson plans to continue competing next year, but with a much reduced schedule of events. With the continued support of his sponsor these last two years, the doubt lies in whether he will contest the five/six oval tests, if it will be limited only to the Indy 500 or if you will do a mix that includes some circuit racing. In any case, everything indicates that the #48 car will not have a second driver for the races other than Johnson, since it does not receive funding from the IndyCar Leaders’ Circle as it is Ganassi’s fourth machine.

Johnson, driving a Cadillac DPi for which he doesn’t appear to be running in 2023.

Le Mans and cameos in NASCAR, next horizons

Beyond single-seaters, his future plans continue to include resistance, where he contemplates a possible LMP2 program at IMSA or even compete in the WEC for satisfy your desire to “live a year or two abroad” with his children, as he has told the Associated Press. In turn, he seems to plan a sporadic return to the discipline that saw him succeed: «I am working on the list of races in which I want to compete. I still have the 24 hours of Le Mans pending. i’m curious in case there was some isolated event in NASCAR that could fit for me, so all of that is still in the works, and I can anticipate that I will be driving something next year. This is not a good bye. I’m going to find new projects and new ways to challenge myself.”

In this sense, Johnson has applied several times to compete in the 24 hours of Le Mans within the garage 56 projectwith which his former Hendrick Motorsports team will line up a modified ‘Next Gen’ stock car specifically for this event. At the same time, he does not rule out doing the famous ‘Double Duty’ of completing the Indy 500 and the Charlotte 600 on the same day, as well as other NASCAR special events such as the Los Angeles Clash at the Coliseum stadium, the new urban test in Chicago or the return of historic North Wilkesboro as the venue for the All-Star race. What is clear is that good old Jimmie has some rope left for a while.