Bullfrag
Home Technology Automobiles IndyCar – Álex Palou’s accounts: these are the results that would make... 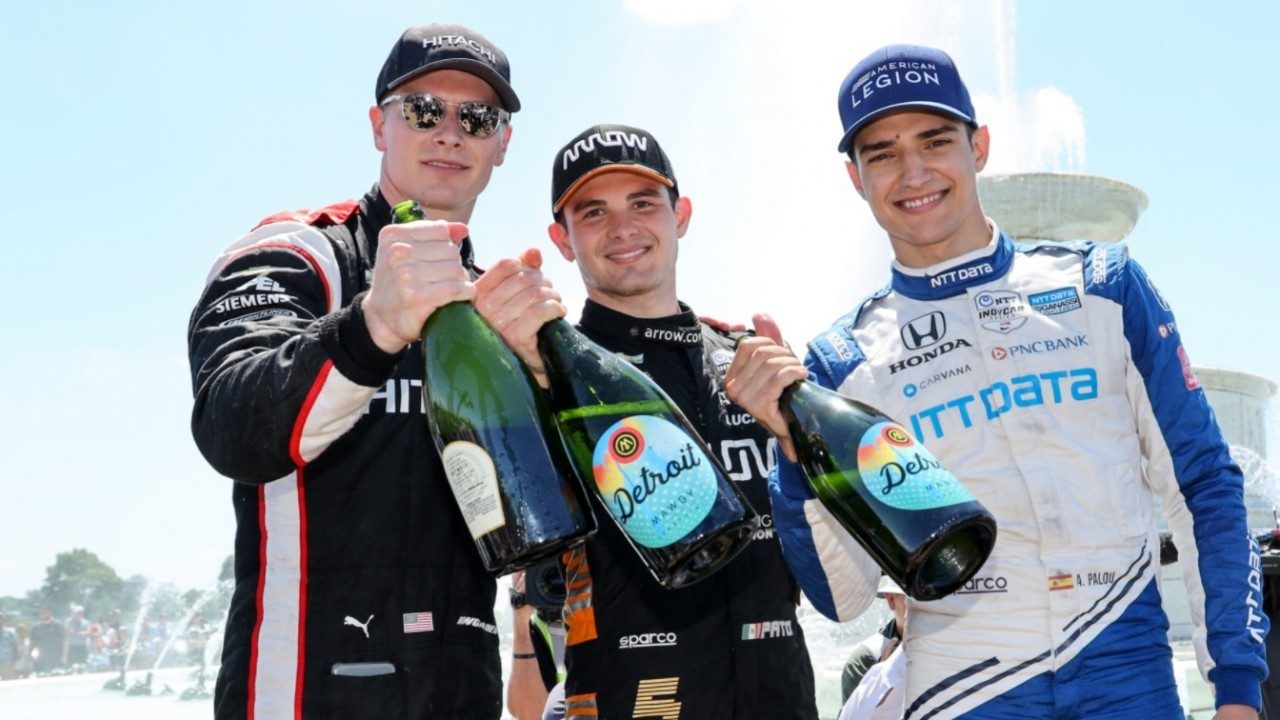 No one could have dreamed such an incredible setting for Álex Palou on your IndyCar Series adventure. Not only in his first season, where he competed with the precarious Dale Coyne Racing team fighting for the top 10, but this past winter, when his incorporation to the giant Chip Ganassi Racing was formalized. A team where only Scott Dixon had fought to be champion in the last decade, and where his teammates struggled to get results. But the 24-year-old Spanish rider has turned the tables, and an almost flawless season sees him reach the final round of 2021, the Long Beach Grand Prix (9:35 pm, #Come on) with the title to the point of caramel.

With three victories, eight podiums, a legitimate pole (two positional) and 517 points in his locker for the season, Palou will face one of the most famous urban in the world with an almost unbeatable situation. With a total of 54 points up for grabs, the Sant Antoni de Vilamajor rider accumulates an advantage of 35 points over Pato O’Ward, the Mexican McLaren SP driver, and 48 points compared to two-time champion Josef Newgarden, who competes for Team Penske. That variable of 54 points, in practice, is reduced to just 49 by the composition of the IndyCar point system, in which all drivers who start a race score a minimum of five points.

With all this, the accounts are simple: even assuming that O’Ward or Newgarden obtained the 54 possible points, winning from pole (one extra point) and leading more laps than anyone else (three points), all Palou needs is to finish in eleventh position to be proclaimed champion. A very advantageous situation that almost no other driver in the history of the event has missed in comparable disputes. Still, Long Beach and the unforeseen events of the last race can be highly treacherous. What if Palou doesn’t finish in the top eleven? Here are all the combinations that would make him a champion.

Index hide
1 Scenario 1: O’Ward finishes third or worse and Newgarden does not win
2 Scenario 2: O’Ward wins the race
3 Scenario 3: Newgarden wins the race / O’Ward is second
4 The historical numbers that support the Palou cabals
4.1 Preview and schedule of the 2021 Long Beach Grand Prix, the IndyCar final

Scenario 1: O’Ward finishes third or worse and Newgarden does not win

Palou’s two rivals are obliged to excel in order to surpass the Spaniard’s total points. In the event that the Mexican does not finish in the top two, or the American does not win the race, the accounts go out automatically for Palou, even if the Spaniard adds only the minimum of points for finishing in the bottom four out of 28 Long Beach competitors.

The number of bonus points O’Ward earns will determine the target position Palou must land on Sunday if the Mexican is victorious. In the event that O’Ward did not obtain pole, the reference would become 12th place., and that the Spanish rider himself obtained it would make him champion finishing in 13th position, the same that would serve him if O’Ward does not lead most of the laps. Nor is it unreasonable to think of a victory for the McLaren SP driver in a comeback plan, which would open the option to finish in 14th place.

Read:  The new Rimac Nevera sets a new record in a 1/4 mile test

The bar is lowered considerably in the event that O’Ward fails to win, being enough a 21st place or a 22nd if the Mexican does not add the pole on Saturday. Some easily achievable positions if the race is finished without mishaps of any kind … but in the event that these occurred, it would be necessary to do an accounting. Finishing below 23rd place would open the season for Newgarden, which would not only need to get the win, but lead more laps than the rest, and even that might not be enough if O’Ward finishes second with an extra point. In the two complicated cases of triple tie at 523 and 522 points, it would be the American who would prevail.

The historical numbers that support the Palou cabals

In the 89 different IndyCar championships that have been contested since 1946, this will be the 46th time the title will be decided in the last race, and the 16th in a row. On all those occasions, the overall leader has lost the title 11 times, and only 2 of them were not in very tight situations where a podium might not be enough. Mario andretti he would have won the 1968 title with a fifth place finish at Riverside, but had two separate car accidents and lost to Bobby Unser by a difference equivalent to one point today. For its part, Johnny rutherford, who only had to finish seventh to be the 1976 champion, the title evaporated in an engine breakdown at Phoenix, giving Gordon Johncock the winding by another slim margin.

On the eight occasions the championship leader didn’t need to finish in the top seven to be champion, the title has never escaped them: Tom Sneva (1978), Rick Mears (1979), Mario Andretti (1984), Kenny Bräck (IRL 1998), Buddy Lazier (IRL 2000), Sébastien Bourdais (Champ Car 2004), and Scott Dixon (2008 and 2020). Of all of them, only Sneva (left) and Bräck (10th) finished below the position they needed, but his rivals did not comply. The only driver who faced a more advantageous situation than Palou was Lazier, as he was worth a 13th place to be proclaimed champion, who happened to be 14th when his opponent Scott Goodyear did not achieve pole.

So things, the numbers smile at an Álex Palou that, far from paying attention to these accounts, will not go out to speculate and will seek to be as high as possible. Both O’Ward and Newgarden are perfectly capable of winning, and The American already proved it last year by winning the final event in St. Petersburg, forcing Dixon not to relax in the slightest. The veteran six-time champion will not be in the final contest for the winding, but if the lessons Palou has been able to learn from him have worked, the LBC drama will only be a Snoop Dogg song.