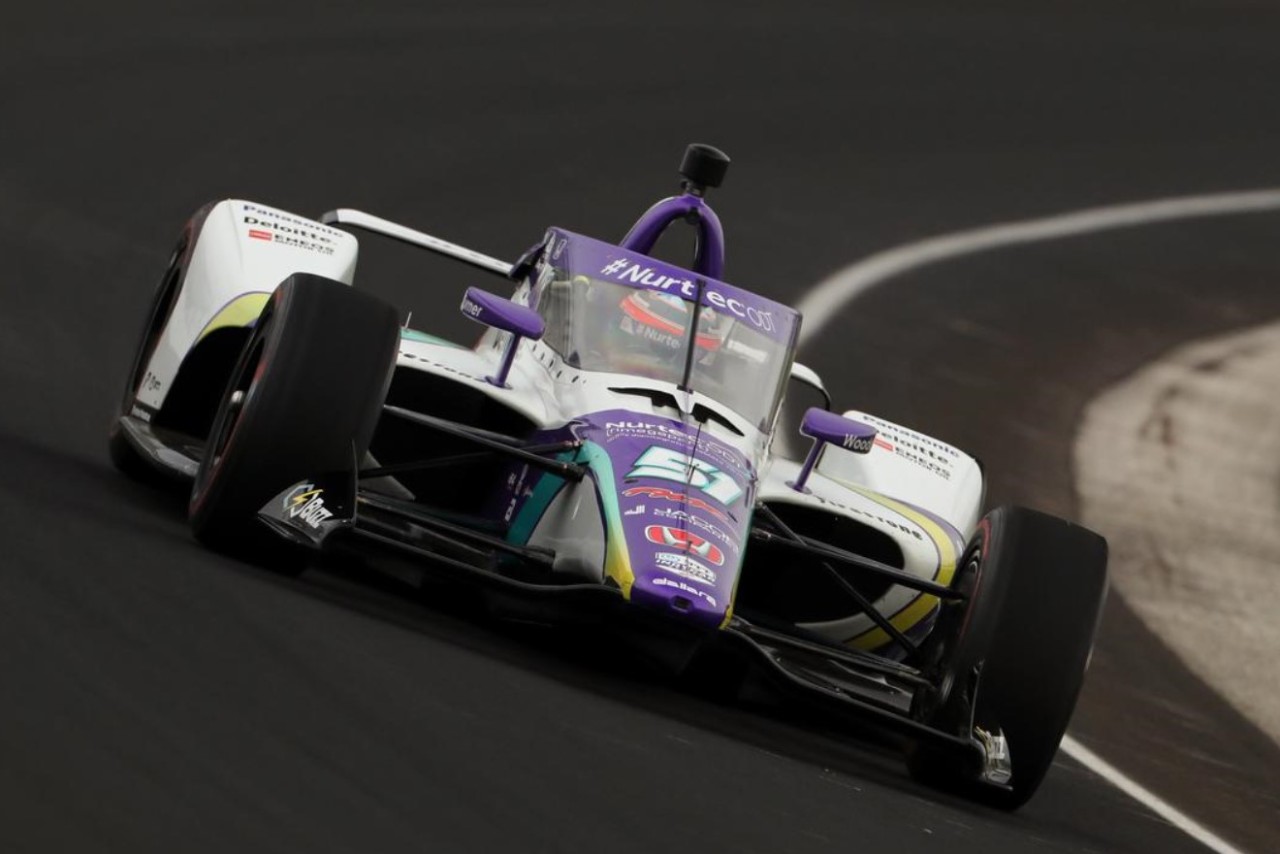 The activities of the Indianapolis 500 miles have begun this Tuesday with the dispute of the first day of official training and with its 33 participants present. On this first day, there were two separate sessions of two and three hours for almost all the competitors, with an intermediate session for the only driver who still had to pass his refresher test. Being all times and conclusions very relative on a first day, Chip Ganassi Racing It has seemed to take a clear step forward, although they have not led the table.

The best record of the day corresponded to the two-time winner Takuma Sato with a blistering average speed of 228,939 miles per hour (39.311 seconds). The time of the Japanese, who competes this year for Dale Coyne Racing, is the best of the Aeroscreen era with race setup, recorded just six minutes from the end of the day during Happy Hour. However, the Ganassi cars were the big stars of the day, with four of them located in the first six positionsand three drivers in the top 5 for slipstream-free times above 220 mph.

At the front, as usual, Scott Dixon, who is still on the hunt for a second win 14 years later at the Indy 500. The New Zealand veteran had been fastest in the morning two hours with a time of 227.119 mph, and gained a further half mile in the afternoon, being the record that endured for almost three hours until almost the end. In third place, heto the sensational presence of Jimmie Johnsonwho made use of his two decades of oval experience in Texas, and who was very comfortable in his first official sessions for this test, staying just eight thousandths behind Dixon and setting the second best time without a slipstream.

You just have to go down to sixth place to find Álex Palou, a good position beyond being the fourth best of his team. He finished two places behind a Marcus Ericsson who had finished the opening morning session in second place, and his clean slipstream time was ‘only’ eighth best. Palou was one of multiple Honda-powered riders to suffer a small fire at the exhaust outlet as a result of a new installation, despite which he obtained the eighth fastest time in the morning after 26 laps. To those, the Spaniard added another 68 in the afternoon for a better average of 226.973mph.

Ahead of Palou, the Dutchman completed the top 5 Rinus VeeKay, the fastest driver with a Chevrolet engine, and one of the suspiciously few presences of the American brand in the top positions after the great performance of its units at the start of the season. In turn, the Ed Carpenter Racing driver was also the fastest without slipstreams with a turn of 221.551 mph. The noob David MalukasSato’s teammate at Coyne, placed his car in seventh position, and the record of sage karam in the morning, with the one who had finished third, it was enough to be the eighth fastest of the day, despite being one of the five drivers who did not improve in the afternoon.

Given Ganassi’s apparent dominance, complete with Tony Kanaan’s 10th-place finish, his arch-rivals showed no opposition in the first instance. Josef Newgarden was Team Penske’s cleanest driver with the ninth fastest time of the day, while his two teammates barely cracked the top 20. For its part, Andretti Autosport did not place any car in the top 10, of which Marco Andretti and Devlin DeFrancesco stayed just outside. The three heavyweights of the teams, in contrast, barely participated in the slipstream trains and finished at the bottom of the table, highlighting the penultimate position of a Romain Grosjean who is once again a ‘rookie’ in this Indy 500.

Read:  The Alfa Romeo Giulia will be transformed into an electric car to stay alive
Index hide
1 Schedules and where to watch the Indianapolis 500, session by session
2 RESULTS OF the first day of training in Indianapolis

Schedules and where to watch the Indianapolis 500, session by session

Also a discreet day for McLaren SP, without its three cars in top 15 positions. Much of the day’s prominence fell on Stefan Wilson and a return of DragonSpeed ​​that has had logistical help from various teams on the grid. The British pilot passed his ‘refreshment test’ without too much trouble (15 laps in a certain speed interval, and another 15 without limit) during a specific session for it, and was able to do some laps with the rest of the participants afterwards. Being a converted car time trialed in just three days, Wilson managed a decent 221.386mph, but they’ll have their work cut out for them in the coming days.

In a day that started out a bit cold, but which steadily warmed up, the seven hours of filming passed without major setbacks beyond the initial problem with the exhausts, and a curious interruption when a fox jumped onto the track between turns 3 and 4managing to escape into the stands shortly before a line of cars led by Palou reached that location. Each of the next three days will have an open track for a total of six hoursas long as the rain allows it.

RESULTS OF the first day of training in Indianapolis