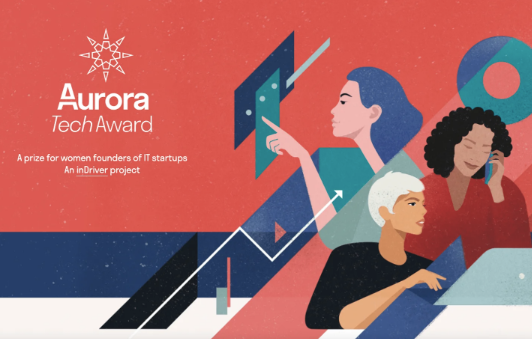 Subway Mexico donated furniture: With the aim of promoting the comprehensive development of boys and girls in vulnerable situations and a better quality of life for older adults, Subway® Mexico donated playful and recreational furniture to non-governmental organizations in the country. The furniture is made up of tables and chairs for children, wooden games, inflatable pools with balls, a seesaw, and Acapulco-type chairs and tables. Donations were made to the Counting with a Friend AC home, located in Playa del Carmen, Quintana Roo, to the Hogar Dulce Hogar IAP Foundation, and to the Concepción Béistegui Foundation for the Elderly, both based in Mexico City. Together, these donations benefit about 105 boys and girls, and 60 elderly people.

Second stage of SINDE begins: Club Tigres de Fútbol received Mexican driver Noel Jesús León Vázquez at its facilities in San Nicolás de los Garza, Nuevo León, to provide him with all the support for the consolidation of his professional career in motorsports. This is how the second stage of promotion and dissemination of Mexican sport began by SINDE, an organization launched in July 2022 and whose objective is the promotion of sport and the promotion of athletes in Mexico and Latin America. The first stage was carried out extremely successfully alongside boxer Alan “Rey David” Picasso, and now this alliance has been forged with the talented pilot to continue showing, with real examples, that Mexican talent is immense and that with the support right, it is possible to achieve, maintain and grow successful professional sports careers.

inDriver will reward women founders of IT companies: Gender stereotypes in the Information Technology (IT) industry are still relevant in today’s society. In fact, some recent studies reveal that investors are still hesitant to allocate their capital to companies founded by women. Thus, female professional talent often hear that a career in IT is not a suitable option for them. Thinking about it and with the purpose of refuting this perception, inDriver launched in 2021 the Aurora Tech Award, an annual award for female founders of new IT companies, whose projects have had a positive and profound impact on world development. Now, as of October 3, the platform has opened registration for the 2022 edition, which will be available until December 2 in its first stage.

Read:  Coca-Cola and Merca2.0 take you to America vs. San Luis in Azteca Stadium

McDonald’s launches Happy Meals for adults: In collaboration with the cult streetwear brand, Cactus Plant Flea Market Box, McDonald’s has decided to launch a limited edition of Happy Meals for adults. To do this, the brand partnered with Cactus Plant Flea Market, known for its unconventional use of asymmetrical typography with patterned graphics worn by hip hop stars, who were commissioned to design a box in the label’s signature style along with McDonald’s iconic golden arches. It should be noted that customers who buy their Cactus Plant Flea Market will have the opportunity to participate in a draw for exclusive products. “We are taking one of the most nostalgic McDonald’s experiences and literally repackaging it in a new way that is highly relevant to our adult fans,” Tariq Hassan, director of marketing and customer experience for McDonald’s USA, said in a statement. .

Burger King, McDonald’s and KFC will raise employee salaries by 2024: Employees of chains such as McDonalds, Burger King, KFC, Rodilla, Tagliatella, Tacobell, Pansfood or Goyko will receive, at least, an annual compensation of 16 thousand euros from 2024. This significant salary increase, which affects more than 50,000 employees, is part of the first agreement in the sector, remaining in force until December 31, 2025. Now, that is not all, since a reduction in the annual working day to 1,792 hours is proposed and includes the improvement of weekly breaks , among other benefits.

Huawei bets on culture: In an alliance with the Municipal Theater of Santiago, Huawei seeks to promote culture through its devices, hoping that fans of art and architecture. From the Municipal they lowered their famous lamp, better known as the sun of the main room of the Theater, at the beginning of the month, in order to clean its 14,300 Baccarat crystals. This process, which occurs only twice a year, was captured in high resolution by the cameras of the HUAWEI P50 Pro and uploaded to the venue’s social networks, causing a series of positive impressions on the part of users and strengthening the beginning of this alliance. .