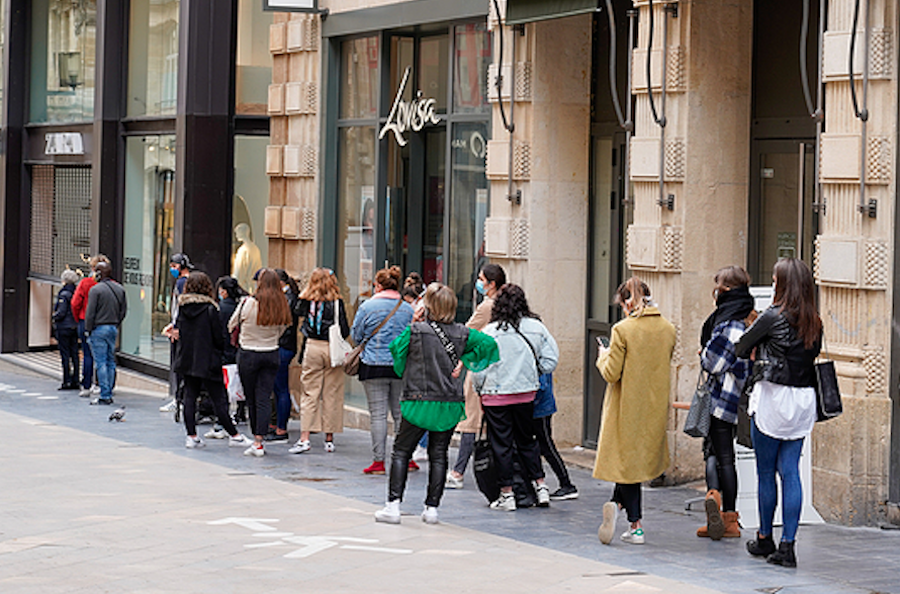 the market of used clothes has been unleashed in recent dates with bets such as Zara Pre-Owned, for the bet that he retail has found in this sales channel, appropriating used products and taking advantage of the consumer’s willingness to spend in this segment.

McKinsey drove a study where he found the reasons that led the consumer to buy second-hand luxury garments. The first one is because 41 percent of those interviewed said that it was their option to buy products that were no longer for sale in the store. 40 percent said that it was a sustainable way to shop and 36 percent recognized that it allowed them to save money.

“According to a 2021 survey, 41 percent of global consumers bought used luxury products because they can get hard-to-find products or items that are no longer available this way. In addition, 40 percent bought used luxury items because it is more sustainable,” he acknowledges. Tugba Sabanogluresearch leader in Statistaspecializing in non-food GC and retail.

Inditex enters the used clothing market and the latest bet it has launched is called Zara Pre-Ownedwith which apparel adds another giant to the reuse of garments.

The announcement has been accompanied by a website where we see Inditex’s commitment to allow its consumers to sell their used garments under the precept that love for these garments is maintained in the hands of other consumers.

Read:  This wins a Mexican drink vendor in Central Park

This environmental awareness turned into a new business channel is leading, at least in the case of Inditex, to setting up a kind of marketplace, where users sell their garments and, most importantly, used clothing is capitalized as a product.

This concept, at least in the case of Zara, has led to the fact that, through a website, the owners of the garments avoid throwing away their garments and reuse them by new buyers.

The action has apparently only been enabled in the United Kingdom, but in Mexico there are already similar models such as Vopero, where users create accounts and put their clothes up for sale, from high-priced brands like Gucci and similar brands, to brands like ACwhich gives an idea of ​​the type of garment and cost that each of these has.

on the site of Zara Pre-Owned Two options are enabled, that of buying and that of selling. To buy there is a catalog of clothing for men, women and children. In the women’s section, the most expensive garment is a trench coat with a belt for 3,711 pesos, while the cheapest garment is a skirt for 46 pesos.

What Zara Pre-Ownedother brands in the apparel sector have raised recycling to a concept of upcycling and in the case of competitors of the Inditex chain, such as H&MThis even created a robot that breaks down used garments into fibers, to spin new fabrics and from these to be able to make new garments.

Innovation continues to be the best pretext for innovation and has represented a very important phenomenon in the way sustainable practices are being implemented in the market by brands.