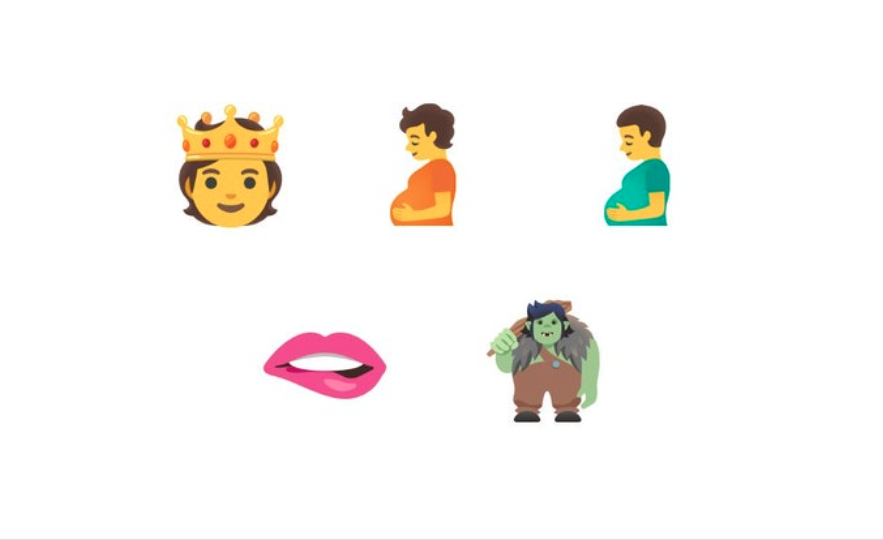 A total of 37 new emojis, including a number of inclusive emojis, are coming to Android devices.

Although mobile phones began to change the way users communicate, with the launch of emojis this became much more noticeable.

And is that, despite the great progress in this area, emojis or “emoticons” came to put emotions and feelings in a flat conversation like those usually have through text messages.

Of course, as time progresses, the meaning of words evolves. The same happens in the digital section, where conversations tend to occur even more frequently, especially on social networks.

Given this, it could be said that, with the arrival of social networks, such as Facebook or Twitter, among others, a new form of communication between users was created and that is where emojis began to gain greater relevance. .

The so-called “emoticons” have become so important that, today, it is impossible not to carry out a digital conversation without some of the users involved making use of them, and just as the trends in life itself are changing, the Emojis do too and adapt to what is happening around the world.

That is why more and more we see more updated emojis, as well as those that are coming to Android 12 L devices, which have already been approved by Unicode last September and that Google has been implementing between October and until December of this year. .

Of the 37 new releases, inclusive emojis are striking, including two new gender-neutral figures and a pregnant man. This series of emoticons will be coming to Apple, Facebook, Samsung, Twitter, among others, between January and August of next year.

Read:  They claim in networks failures in izzi internet service

In recent years, in various parts of the world an effort has been made to be increasingly inclusive or inclusive, and in different sectors of society.

To mention one example, the last edition of the Olympic Games has been classified as the most inclusive Olympics in history. In fact, a non-binary transgender athlete went down in history as the first to receive an Olympic medal.

Looking ahead to the next Olympics, in Paris, it is expected that there will be even more athletes who are members of the LGBTQI + community, as it is a fact that, from being a trend, it has become a reality.

However, this not only happened with the Olympic Games, but in sectors such as fashion, the LGBTQI + community is also having a greater presence and relevance. Based on this, there are international catwalks that already include trans models among their ranks and some brands, such as Tommy Hilfiger, have launched special collections for people who are classified as non-binary.

Undoubtedly, the topic of inclusion will continue to be one of the ones that will generate the most conversation in the coming years and for brands it also represents a great space, as more and more consumers are demanding greater representation in content.