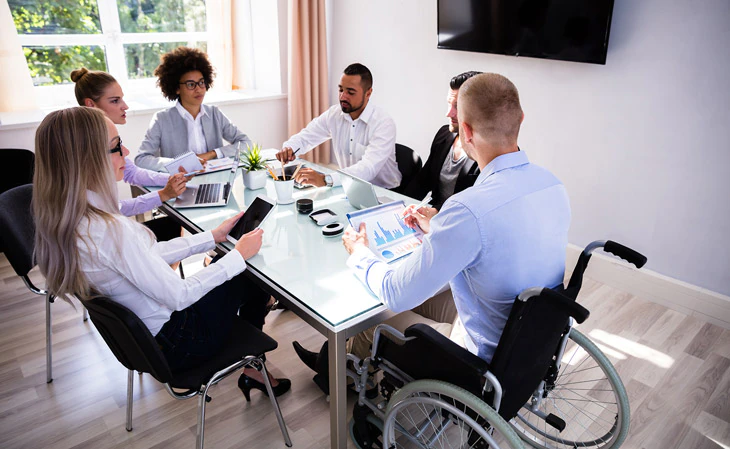 concepts inclusion and diversity are now key to creating a healthy workspace. More and more companies decide to appropriate these terms and make them stand for themselves. Exclusion has always closed doors, only now there is the will to change.

On discrimination and work spaces

Probably a common theme in daily discussions is discrimination; mainly, labor discrimination towards different social groups of the population. This has made it difficult for many not only to find a job, but also to stay in one.

In fact, this is not a problem that concerns only Mexico, but Latin America in general. On this, there is a survey carried out by the Latinobarometer Corporation in 18 Latin American countries by the end of 2020. Throughout the region, nearly 28 percent of those surveyed say that the poor are the most discriminated against. 11 percent believe that indigenous people are the ones who suffer the most discrimination. Another 8 percent indicate the same for the black or Afro-descendant population. Even so, at least one in ten of the Latin Americans surveyed, 12.5 percent, consider that there are no people discriminated against in their country of residence.

In addition to this, we have information about a survey carried out by the National Institute of Statistics and Geography (INEGI) in 2017. Said document indicates that The main reason for discrimination against young people 18 years of age and older is their appearance or the way they dress. indistinctly.

On the other hand, according to the Facebook Diversity and Inclusion Report 2020, More than half of Mexicans have faced some type of employment discrimination. In the meantime, 80 percent claimed to have witnessed acts of discrimination. These practices are detrimental to companies as they affect the quality of life of workers, reduce productivity and cause employees to quit their jobs.

Also, the report “Differentiated impact of covid-19 on the LGBTI+ community in Mexico” points out that 36 percent of people in the community experienced labor exploitation. And not only that, because he also experienced an unjustified reduction in wages in the context of the health contingency.

This negatively impacts the development of happy spaces in the work environment. According to professional studies, it is already difficult for the new generations to remain in stable jobs. Stress, violence, and of course discrimination are fundamental pieces so that these safe spaces do not develop. Therefore, it is the task of every company to ensure that they offer their employees the best possible workspace.

Ensuring safe and happy spaces at work may not be such a difficult task to solve. For example, the firm dedicated to solving problems in the area of Human Resources, Factorialpoints out some key points.

The first, according to this, would be to start by developing a company policy of equality and non-discrimination. This must be clearly expressed both in the internal and external limits of the company. These are the values ​​that have previously been cemented and that have become the pillars of the company. In order to be consistent with this objective, it is necessary to be an example of inclusion and diversity.

It is also of great importance that the tasks of recruitment and selection of personnel within companies begin by being inclusive. Every company leads by example, and inclusive leadership is a fundamental aspect of this.

And it is that this should not present any inconvenience, since we are aware that companies like Google provide experiences of inclusion and stimulation for their employees, in order to guarantee not only inclusion in the workspace, but an excellent environment in general. This somehow sends signals to the rest of the partners, who are able to understand and accept where the ship is going.

Statistical data show that a 85 percent of CEOs of companies that promote diversity and inclusion in the workplace say they report better performance overall. But not only this, according to this, the diverse teams warn to have a 30 percent more profit. Finally, figures suggest that the teams with the greatest diversity achieve a 39 percent higher customer satisfaction.

Something that is also of great help to be able to carry out an inclusive recruitment and selection of personnel is the use of technology. This is probably the best weapon, without subjective bias and using blind recruitment, better known as “blind recruiting”in which information that can generate prejudice is excluded from the resumes, leaving only that which has to do with the candidate’s qualities, skills and professional career.

There is still a long way to go, but, without a doubt, this could be the first step to see a real change in the business world in favor of diversity.

Inclusive actions ensure tourism in Latam for the LGBTIQ+ community

This prefabricated and mobile house, with an exterior porch and distributed in three heights, costs only 43,000 euros