Bullfrag
Home Technology In which country do you have to work harder to buy an... 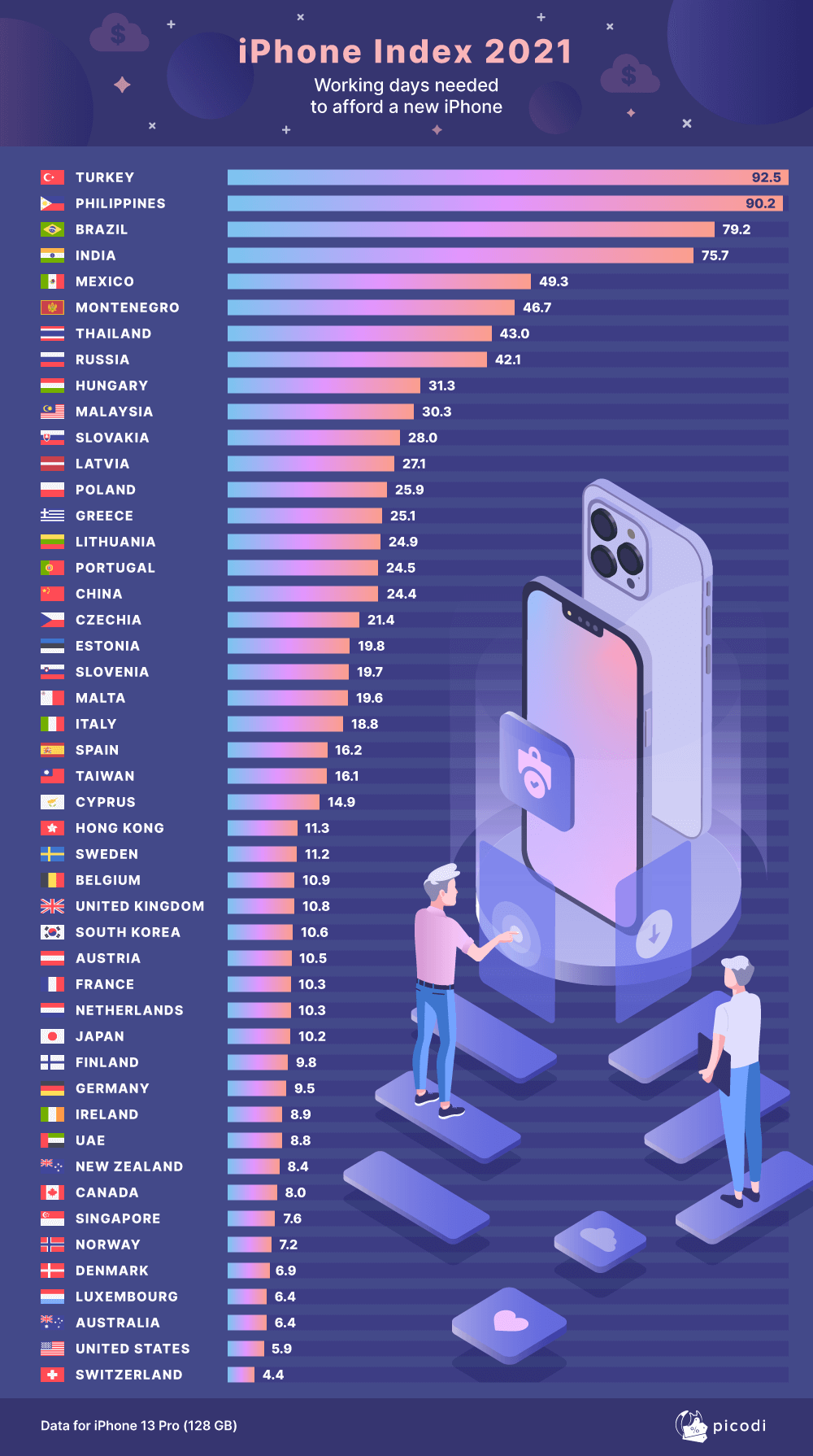 The new ones iPhone 13 They are already official and the good news is that this year the 4 phones dropped considerably in price compared to the previous year’s launches. However, as they are premium phones, the prices are much higher than most of the equipment on the market.

According to the latest official INEGI data, corresponding to July this year, of the 57.1 million Mexicans who have paid work, only 2 out of every 100 earn more than 18,483 pesos.

However, although salaries in Mexico are not as high as in other countries, Mexico is not the place where you have to work longer to buy an iPhone, although it is in the top 5, this despite the fact that the prices of the phones are lower than the previous year.

Why are the processors of the iPhone 13 and 13 Pro different?

According to figures from Picodi, the average salary in Mexico per day is 527.3 pesos per day, that is, 15,820 pesos per month.

Considering this figure and without taking into account other expenses, a Mexican would have to work 49.3 days to buy an iPhone 13 Pro of 128 GB, whose official price is 25,999 MXN.

In which countries would it take the longest and least time to buy an iPhone 13?

The same study reveals that Turkey is the country where you would have to work the longest to buy the same phone, taking almost 93 days to achieve it. In second place is the Philippines with 90.2 days; Brazil in third position with 79.2 days; India with 75.7 days and then Mexico.

Read:  Face ID stops working if you change the screen of the iPhone 13 for an unofficial one

At the other extreme we have Switzerland as the country with the shortest time due to the fact that the average salary is quite high, since the Swiss only take 4.4 days to get enough money to buy a 128 GB iPhone 13 Pro.

The second position is occupied by the United States with a total of 5.9 days, followed by Australia with 6.4 days; Luxembourg with the same time; Denmark with 6.9 days; and Norway with 7.2 days.