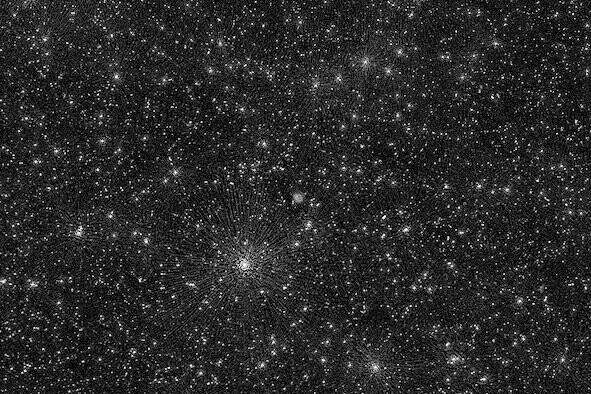 The image that heads this post is not at all typical, although it may seem so: it is actually the visual map, created by researchers at the University of Hamburg in Germany, showing a total of 25,000 black holes at the center of distant galaxies.

Each of those white dots is an active supermassive black hole. It is the most detailed map of its kind to date and the result of years of work.

This map covers the ultra-low radio wavelengths, detected by the LOw Frequency ARray (LOFAR) in Europe. This network consists of around 20,000 radio antennas, distributed in 52 locations throughout Europe.

But what exactly do we see? Aren’t black holes supposed to let the light escape? It is true: black holes do not generate significant radiation, and therefore are difficult to find.


However, when gas and dust from stars are directed toward a black hole, they do so in a spiral fashion. What Explain physics Mar Gomez on his Twitter: “The material in the disk rotates around the black hole’s event horizon at significant fractions of the speed of light and sometimes that material is ejected by the intense magnetic field of the black hole, creating jets of particles. at the magnetic poles. ”

These relativistic jets, as they are called, emit many radio waves. This is what astronomers mapped in the skies of the northern hemisphere using that network of 52 radio telescopes across Europe.