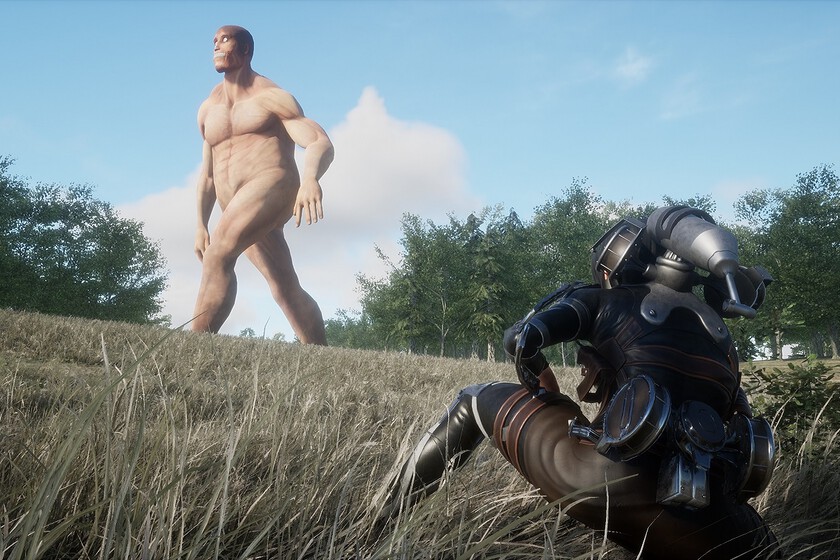 If you are one of those who are up to date with the anime series of Shingeki no Kyojinalso known as Attack on Titan, maybe you feel sad about having to wait until 2023 to see the last chapters that will put an end to Hajime Isayama’s work, although to a group of fans He has come up with a great way to pass the time so the wait won’t be so long.

Thus, they have left us with a game that they have created and that is completely based on this popular anime and manga series. With the name of Swammys AOT Fan Gameone of the best things about this curious project is the fact that it is completely free and you can download it from the following website.

The title in question does not intend to follow the plot that we already know. Instead, his proposal focuses solely on its gameplay, highlighting above all the fact that it is in first person, so that the experience is even more immersive while we face the fearsome Titans. In this way we will have to aim correctly with the three-dimensional maneuvering equipment to move from one side to the other and to hook ourselves to the gigantic enemies.

Even so, those who are not convinced by this point of view can opt for a third-person perspective, which will make the fights more similar to the official Attack on Titan games that were released a few years ago. In addition, we will even have the possibility of transforming ourselves into the Attack Titan in case we want to crush these beasts with punches.

Read:  Splatoon 3: The third installment of the Nintendo game arrives in September this year

The fact that it is free earns you points to give it a try, but on top of that, its managers they update their content from time to time to improve it even more and add more novelties along the way. You can even access their Discord channel to see more information about it and thus kill time until next year.

Dolphins also self-medicate and they do it better than you