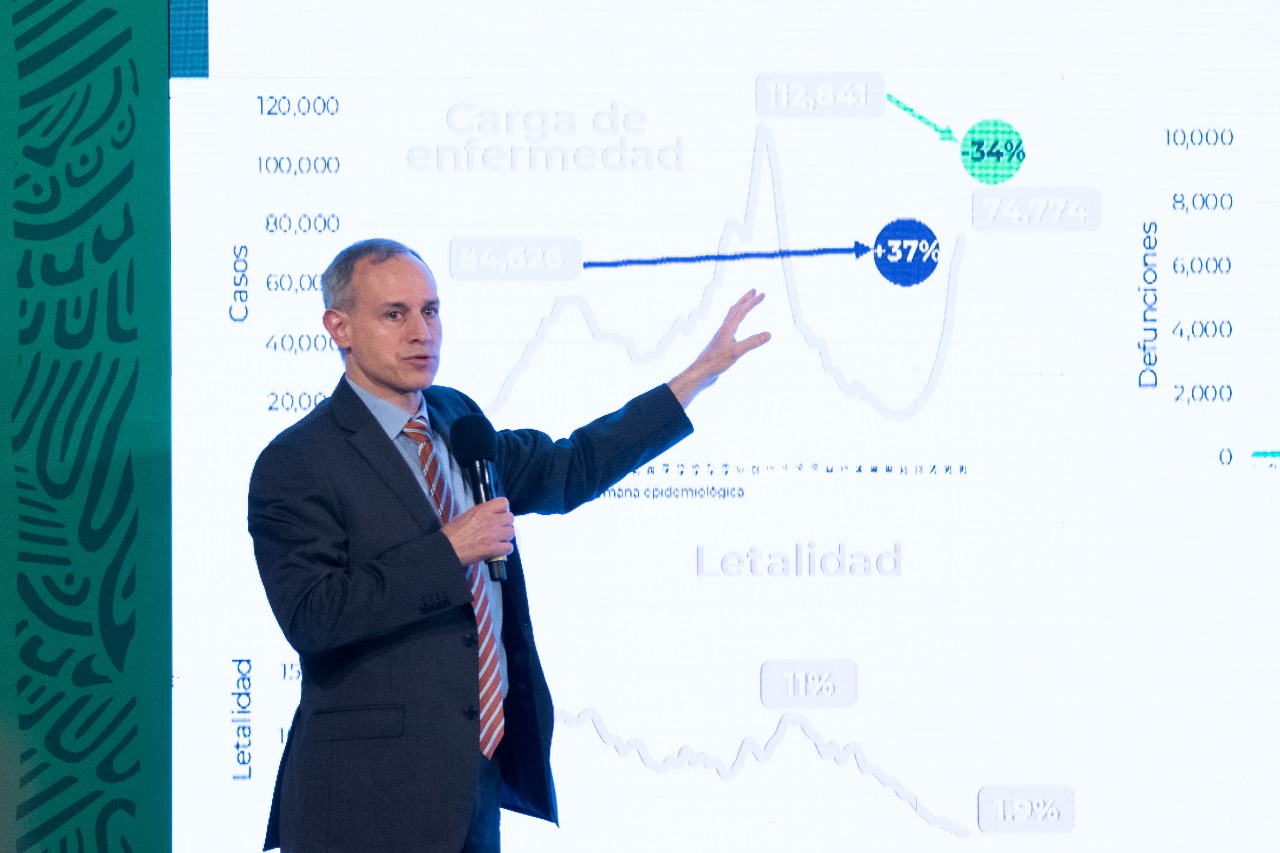 In the third wave of infections by COVID-19 that is registered in various states of the country, the lethality of the virus is barely 2% compared to the first wave where this rate reached 22%, reported Hugo López-Gatell, Undersecretary of Prevention and Health Promotion.

“When we had the peak of the first wave, the probability was 22% for people suffering from COVID-19, be careful, it does not mean that 22% of Mexicans died, of course.

“In the second wave, the probability of dying from COVID-19 was half, 11%, at this time it is less than 2%. This is what is happening with the epidemic, we continue to vaccinate ”, explained López-Gatell at a press conference.

Read: AMLO defends the effectiveness of vaccines after his son’s infection

The official acknowledged that although more infections are registered at this stage, the probability that COVID-19 patients experience serious cases that require hospitalization have been substantially reduced.

He explained that if the figures are compared with July 2020, today there are 37% more infections, however, compared to January of this year, there are 34% fewer cases.

Regarding the mortality associated with the coronavirus, López-Gatell explained that it is currently 77% lower, that is, when 5 thousand 719 deaths were estimated, compared to the first wave and 87% lower compared to the second impact, where 9 thousand died 913 people.

In that sense, he estimated that the mortality rate in Mexico was considerably reduced thanks to the fact that 48% of the population is vaccinated, however, he called for the entire population to participate in the inoculation days.

Samsung will remove advertising from Samsung Pay and other native applications, according to a South Korean media