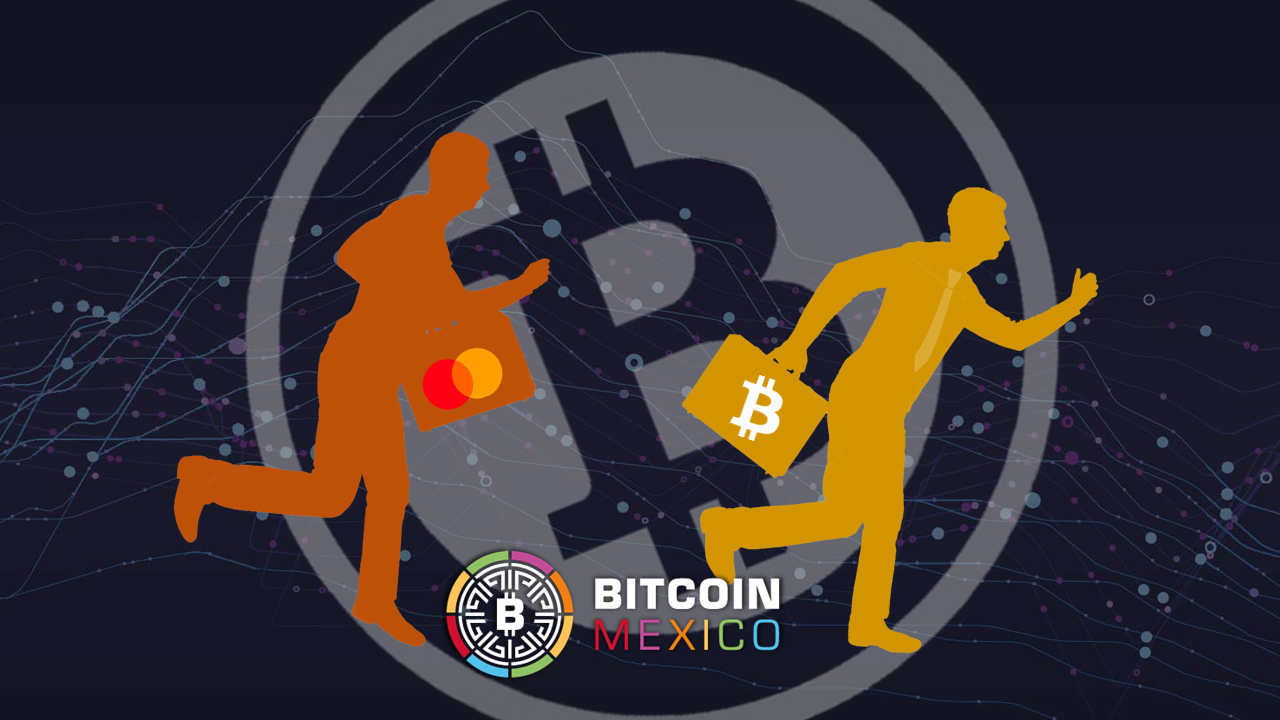 Since its birth in 2009 as a totally disruptive asset, Bitcoin has known how to break down barriers. Not only in terms of price, the ones that beat almost all of them and look at the $ 100,000 with great enthusiasm, but also in adoption and expansion. Although it is only in an early stage, the network could reach two giants.

If you think of three large payment technology companies today, you will turn to Visa, Mastercard and PayPal. Those names are not random, nor is the order: these divide the payment processing market. BTC has already surpassed the last of them in terms of value transfer.

The market intelligence platform Blockdata studied and analyzed the amount of money transferred and concluded that Bitcoin is close to dethroning Mastercard in second place. The Bitcoin network registered $ 489 billion in processed value per quarter in 2021, while PayPal was $ 302 billion. How were the numbers of the credit card companies? $ 1.8 trillion and $ 3.2 trillion, respectively.

Today, the volume of Bitcoin represents 27% of that of Mastercard and 15% of that of VISA. Eyes are on the company founded in 1966, which is the first target. As noticeable as the difference is, the gap could narrow faster than expected.

“If Bitcoin increased its transferred value per transaction today by 260%, it would be processing a volume equivalent to Mastercard on a daily basis.“, summarize the report. This means that digital gold should reach a price of $ 245,000 per unit. To get to Visa it would have to reach $ 435,000.

Blockdata estimates that If BTC maintains the growth rate it has shown over the last few cycles, it could process the same level of transactions as Mastercard in 2026. In the less positive scenario and with Bitcoin stabilized at the current price, the tie would only arrive in 2060.

Read:  Cofepris and Conadic issue health alert for vapers and the like

What does Bitcoin need to outperform Mastercard?

One of the technical limitations that the crypto asset network has par excellence is the number of transactions it carries out. Layer 2 solutions could spell a solution in the desire to continue to pursue Mastercard. BTC processed $ 280,000 transactions per day in the last quarter, while Mastercard averaged $ 366 million in the same time. Visa is out of reach with a record of $ 597 million a day.

Another number to keep in mind in this heavyweight “fight” is the number of users currently using the platform. Although there are no details about it from either party, the estimates make a noticeable difference.

Being a technology that protects identity, it is very difficult to know how many real users there are of BTC. Some reports estimate that there are 100 million users, while other more optimistic research gives 300 million. If it were 200M, it would mean 3% of the world’s population handles cryptocurrencies.

Mastercard and Visa also do not disclose figures. A Shiftprocessing report highlights that in August this year there were 2.8 billion credit cards in use worldwide. If each of these would represent a single user (which is not real), 46% of the population would have access.

To reach the volume that Mastecard handles, BTC would have to grow 240%. However, looking at the adoption of each one at the moment, that goal does not seem to be so ambitious for the next five years.

Dakar 2022 – Sainz: “We are much calmer with the shock absorbers”