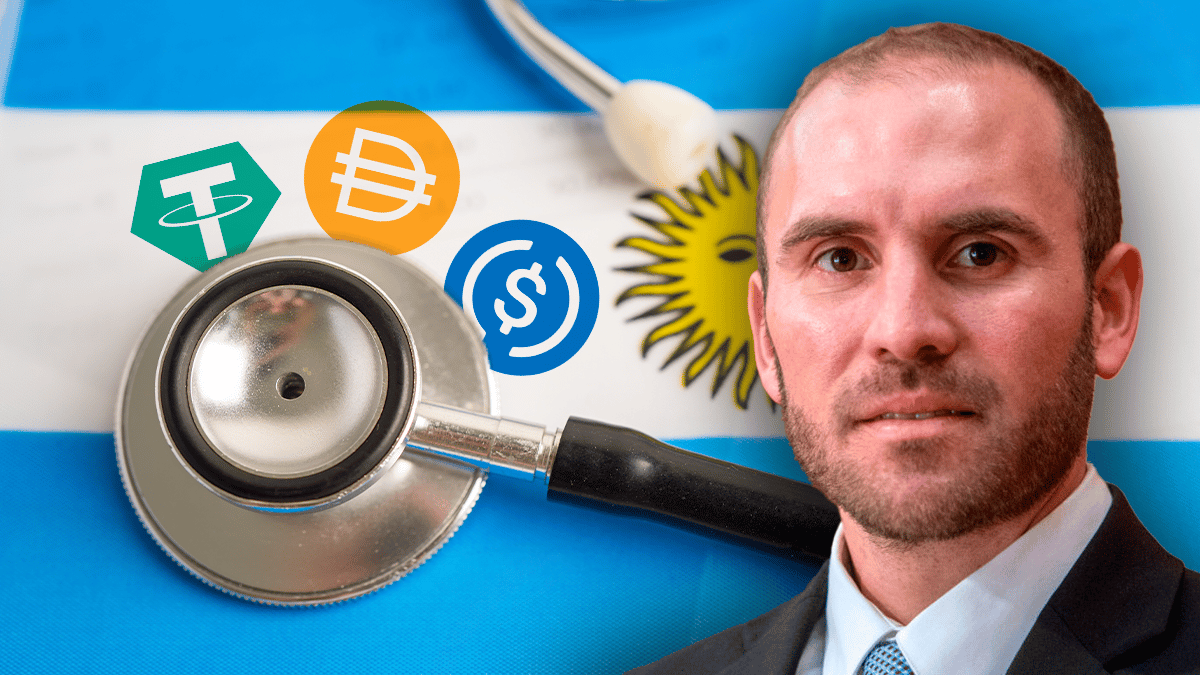 As of Saturday afternoon, July 2, Martín Guzmán is no longer Argentina’s Minister of Economy. As usually happens in the country, the official’s resignation generated uncertainty and it is expected that this will be reflected in the foreign exchange market starting Monday. Meanwhile, the crypto dollar anticipates what may come to pass.

Like many other political events in the country, the resignation that Guzmán presented to President Alberto Fernández on Saturday may alter the already turbulent waters of the Argentine foreign exchange market. It is that in situations of this type, one of the first measures of savers is to resort to foreign currency, mainly the dollarto prevent a possible loss of purchasing power in the face of a devaluation of the peso.

On Friday, July 1, before the minister’s resignation is known, the blue dollar (that is, the one that is traded unofficially) is already was offered at ARS 236 for the purchase and ARS 239 for the sale. However, as of Saturday, the frenzy seems to have increased.

Until the exchange market opens again on Monday at 11 am (Argentina time), one of the ways to know the mood of savers is the so-called crypto dollar. This is the average value in pesos at which stablecoins whose price is tied to the US dollar are soldsuch as DAI (DAI), Tether (USDT), Binance USD (BUSD), and USD Coin (USDC) on exchanges and brokers.

If the price of these stablecoins, determined by supply and demand, is taken as a reference, the trend is bullish. For example, DAI cryptocurrency is listed for purchase at approximately ARS 281 in brokers such as Buenbit, Belo and Lemon, while in the Binance P2P it is traded from ARS 263 at the time of writing this note.

Read:  Does holding Bitcoin on crypto exchanges affect the price?

Likewise, the values ​​of other stablecoins such as USDT range between ARS 255 and ARS 282, while BUSD trades between ARS 265 and ARS 283. Finally, USDC can be purchased at an average price of ARS 281.

Argentines flee the peso to protect their savings

The current market value of stablecoins contrasts with the quotation of the official dollar and the blue dollar. Last updated on the afternoon of Friday, July 1, the price boards indicate a value of ARS 123 and ARS 130 for buying and selling in the case of the official market, and ARS 236 and 239 in the parallel market.

On Monday morning, when the markets reopen, the numbers may change. However, in the United States, the 4th of July is a non-working day due to Independence Day, so the Argentine market will have more specific references on the following day, Tuesday 5.

Although President Alberto Fernández has not yet communicated it, he will accept Guzmán’s resignation and will have to find a replacement for him. This could mean a change in the economic direction of the country and even a possible devaluation of the currency, say political analysts.

Before that, savers seek to hedge by buying more stable currencies, and therefore the supply of dollars (physical and digital) increases. With the markets closed and even considering the various exchange rate traps in force, interest in acquiring digital assets that fulfill this function increases, which also increases their price.