By NicolasDecember 9, 2022No Comments4 Mins Read 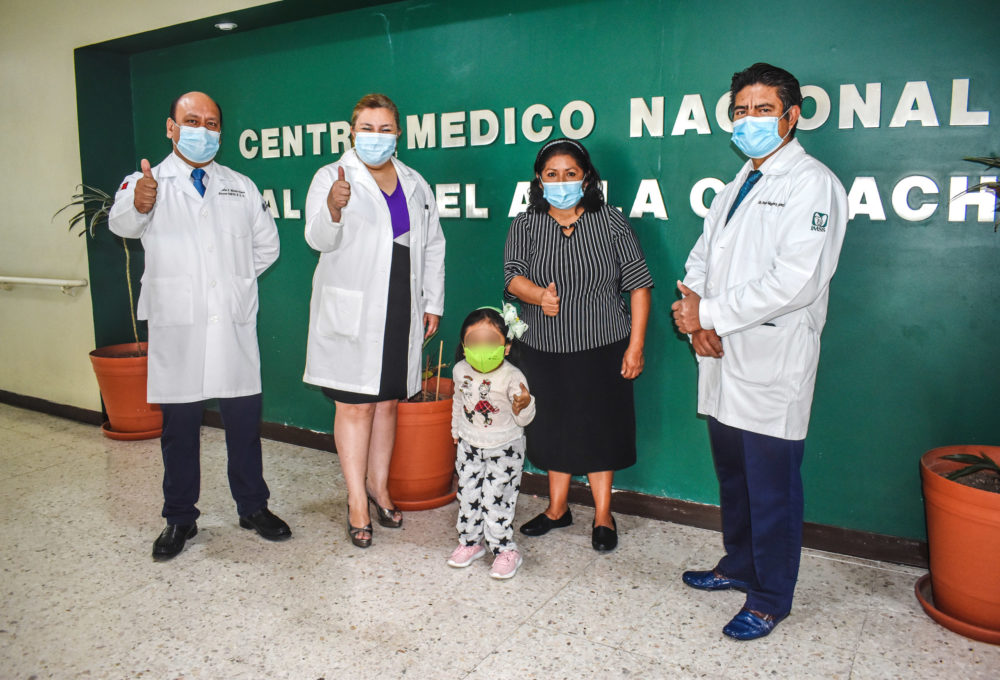 The Mexican Social Security Institute (IMSS) is about to celebrate its 80th anniversary. Despite the criticism of the shortage of medicines, there are also positive aspects that should be highlighted. Thanks to the capacity and effort of its members, there are always success stories that must be disseminated.

Description of the medical case

In that sense, the High Specialty Medical Unit (UMAE) Hospital of Traumatology and Orthopedics (HTO) in Puebla unveiled an inspiring story. She is a 9-year-old girl who suffers mucopolysaccharidosis type IV-A. As a consequence, his quality of life has been impaired because he had lost the mobility of his lower extremities.

Thanks to the timely intervention of hospital specialists, the little girl’s life changed radically. The first thing was to receive a elosulfase alfa enzyme replacement therapy. The event was historic because she became the first patient at the IMSS Puebla to receive it. While her next step was to subject her to a knee surgery (genu valgus correction) that allowed him to walk again.

In this sense, the patient originally from Atlixco since she was two years old was diagnosed with turner syndrome in other institutions. From that moment on, she received growth hormone treatment with special care for a child with this pathology.

During the beginning of Melisa’s school life her body postures were not normal. She was sticking out her chest and ribs, so her mother sought other medical opinions to help her daughter.

About the case, she shared that during her first four years of life she did not grow more than 4 centimeters and what scared her the most was that she stopped walking, coupled with the pain in her joints, which did not let her sleep and kept her scared.

Read:  IMSS begins with basification of medical personnel in this state

For his part, Dr. José Pedro Martínez Asensión, a pediatric orthopedist at the UMAE HTO of the IMSS in Puebla, explained that the knee surgery was performed on June 7, 2021, due to a deformity called genu valgus. In the intervention, staples were placed that allowed her to straighten her knees, restore mobility to her legs and improve her posture.

“It was a challenge for health specialists as it was a unique case in the IMSS in Puebla with this pathology.”

Dr. Magda Tinajero Esquivel, head of the Quality Division and specialist in Medical Genetics at the UMAE HTO, explained that the replacement enzyme is applied weekly, intravenously, the dose is adjusted to their weight and size. What the enzyme does is remove the GAGs that your body cannot remove on its own.

History of one of the best IMSS units

This hospital opened its doors on November 18, 1988, becoming UMAE on April 22, 2004.for the care of patients with traumatic and orthopedic pathologies, according to its director, Dr. Carlos Francisco Morales Flores.

Regarding equipment, in 2022 a budget of more than 13 million pesos was achieved, which includes hospital beds, ultrasound equipment, mechanical ventilators, and medical surgery equipment.

The UMAE HTO cares for a population of 130,000 beneficiaries in Puebla, Tlaxcala and Oaxaca. On a typical day, he performs 25 surgeries, 400 Specialty consultations, 120 Emergency consultations, 450 laboratory studies, 500 radiological studies, among other actions.