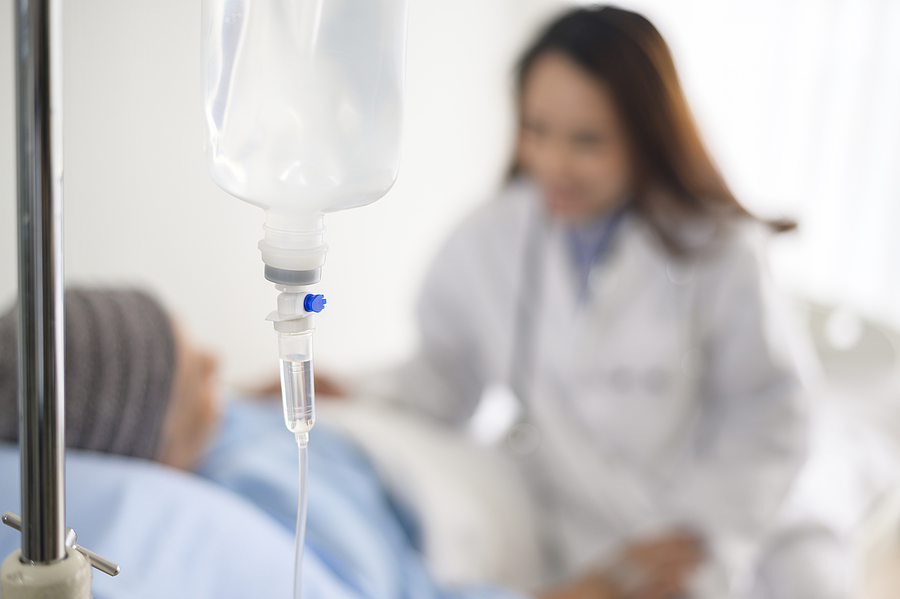 A mistake can be made by anyone, and it can be remedied in time; however, a woman was subjected to 30 chemotherapy treatments based on a mistaken diagnosis in the General Hospital of Zone number 50 of the IMSS in San Luis Potosi.

This was announced by the National Human Rights Commission (CNDH), informed about the very serious mistake made by the staff of the Mexican Institute of Social Security (IMSS).

A #Woman underwent chemotherapy treatments based on a misdiagnosis in the HGZ-50 of the @Your_IMSS. For this reason, we issue #Recommendation 117/2022.

Index hide
1 The medical staff was responsible for the violation of human rights
2 WHAT HAPPENED?
2.1 During treatment, no laboratory studies were ordered that would have allowed the diagnosis to be changed.
3 IMSS ENDORSE ITS WILLINGNESS TO COOPERATE

The medical staff was responsible for the violation of human rights

The statement indicates that the medical staff of the General Hospital of Zone number 50 in San Luis Potosí was responsible for the human rights violation that affected the life of the victim and her two children.

CNDH led the Recommendation 117/2022 to the director of the Mexican Social Security Institute, Zoé Robledo, for omissions in the care of a patient who received the wrong medical diagnosis and inadequate medical care in the clinical management of a noncancerous tumorattributable to two people from the areas of Surgical Oncology and Medical Oncology.

Violating human rights to the protection of the health and personal integrity of the victim. The fact was disclosed in a media outlet on September 12, 2019 and the complaint was filed in November of the same year.

The patient went to his Family Medicine Unit in April 2017 due to severe pain in the back, buttocks and legsthey told him it was a contracture, but his pain got worse without any tomography for considering that he suffered from sciaticabut returned home with medical treatment and four months of rehabilitation.

In November 2017 they informed him of the alleged cancer that they described as: malignant, aggressive, non-operable and “would die in six months”. But in May 2018, another doctor mentioned that the tumor was not cancerous, but that it had grown too large, therefore their limbs would be amputated from the waist down.

The woman, without trust to the Institute, underwent surgery for the removal of the leg and part of the hip in a private hospital; however, he required a second operation. The patient is under treatment with Denosumab, a drug for osteoporosis and severe bone pain in patients with bone tumors.

The victim received unnecessary chemotherapy, producing secondary effects that affected the growth of the tumor.no, having pain, lack of sensitivity in the right leg and problems in walking, putting his life at risk.

During treatment, no laboratory studies were ordered that would have allowed the diagnosis to be changed.

The victim submitted a written claim to the Head Office of Legal Services of the State Delegation of the IMSS for the payment of compensation for damages arising from his medical care. The Bipartite Commission for Attention to Rightholders resolved it as appropriate under the argument that the woman, by her will, went to private medical services without contemplating the IMSS care protocols.

The CNDH requested that the damage caused to the woman be fully repaired and that they be granted the respective medical care.

IMSS ENDORSE ITS WILLINGNESS TO COOPERATE

Moments after this note was published on the VANGUARDIA portal, the Mexican Social Security Institute sent a information cardwhere he expressed his commitment to the case.

Regarding the Recommendation 117/2022 of the National Human Rights Commission, the Coordination of Attention to Complaints and Special Cases of the IMSS reports the analysis of the recommendation issued on the events recorded from April 2017 to May 2018.

“The Institute endorses its willingness to cooperate with the purposes of the CNDH,” he wrote in his statement; “Social Security expresses its commitment to timely and adequate health care for its beneficiaries,” the statement concludes.

Hospital uses tiktok as a means to hire doctors?

Monkeypox: WHO definitively rules out that it is an international health emergency