Immersion cooling, how to extend the autonomy in PHEV and electric 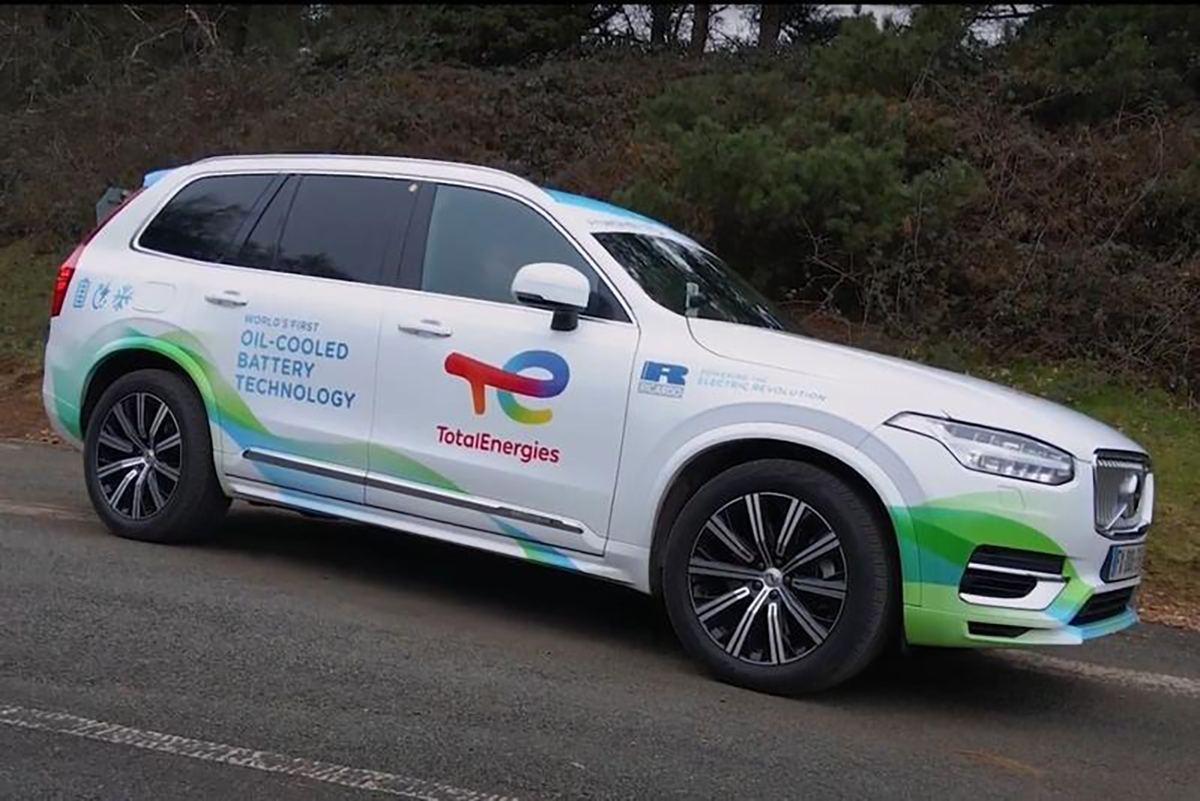 One of the big problems with lithium-ion batteries is the high temperature they reach during ultra-fast charging. Those of TotalEnergies have managed to develop an unprecedented technology, that of an immersion-cooled battery on board a Volvo XC90 with important advantages.

One of the great keys to recharging the most modern electric cars is their liquid cooling system, a technology that allows the optimal temperature of the cells to be maintained and does not raise the temperature during the process in chargers that reach a power up to 350 kW. Something practically impossible when it comes to vehicles equipped with technology PHEV.

The engineers of TotalEnergies they have achieved something that, for now, was completely unfeasible. Develop a battery cooling technology on board a production model such as the Volvo XC90 PHEV. The Swedish brand’s SUV has been modified to house a battery cooling by immersion. For now, it is a prototype that needs long tests to verify its viability because, despite the fact that it offers important advantages –faster charging, greater security and lower cost and weightwithout the need to modify the battery or the vehicle – manufacturers who have already had access doubt their future.

Index hide
1 The keys to cooling the battery by immersion
1.1 Goodbye to electric car fires, the world’s smallest fire extinguisher is real

The keys to cooling the battery by immersion

The team of engineers, in which British specialists from Ricardo have participated, have been able to verify how this technology offers better cooling of the system, at the same time as faster charging, since the XC90 PHEV’s on-board charger of 3.7kW of power was replaced by another of 22 kWthe same one that is offered as an option in electric cars.

Read:  KIA announces the launch in Europe of an electric SUV larger than the Sorento

The developers have not provided much information on the modifications, pointing out that the system works thanks to the immersion of the batteries in a dielectric oil, which does not conduct electricity and can act as an insulator. The viscous liquid circulates throughout the battery pack, passing through a cooler and re-entering the cell pack again. A principle that you can see in more detail in the video on these lines.

The company’s authorized sources point out that the cost of the system is minimal, representing 4% of the price of the battery, and what it means to cut 1% what the liquid cooling system of the charging device currently costs. It is certainly a true novelty for future electric cars, whose batteries will be more powerful and greater durability should be sought. However, car brands suppose an added cost to redesign the cooling circuits with the consequent increase in price and, in addition, they doubt the safety of the vehicle as a whole. The key you will face in the next tests.

How to make homemade pacharán or patxaran, recipe for Navarrese sloe liqueur