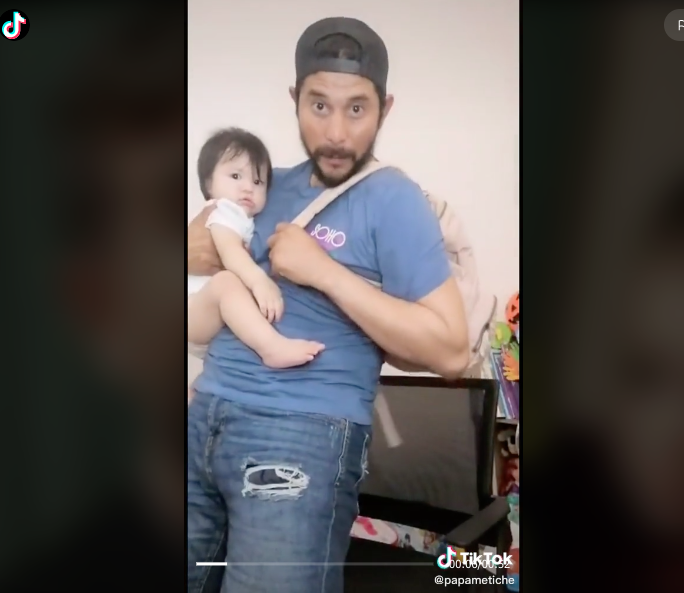 The digital community has become extremely active in recent years, largely due to forced social distancing, causing not only a considerable increase in the base of active users and Internet users, but also causing the digital community becomes one of the most active and under great pressuremanaging to make brands and even governments take into account the pressure that can be generated within the network, which is why it is common for content to be generated with the intention of changing or improving some aspect of society, As revealed by a network trend that is committed to responsible parenthood, under the slogan “I’m a dad and I can.”

Although not as popular as Mother’s Day, Father’s day It has been celebrated in Mexico since the 1950s, and the celebration dates back to 1910 in the United States. Nowadays this celebration is celebrated every third Sunday of the month of June, with the intention of celebrating with the family and representing the role in social and family life.

Through a TikTok trend, the @ pagepapameticheseeks to encourage the creation of responsible fatherhood, this with the purpose of deconstructing what it means to be a father in Mexico, embracing the motto “I’m a dad and I can”, followed by a series of acts that demonstrate that being a parent is committing oneself to parenting, education, household chores and daily life in general in all aspects that involve children.

According to data from the National Institute of Statistics and Geography (INEGI) in which it is pointed out that of a sample of 100 fathers, 93 are married or in a free union, six are in some condition of separated, widowed or divorced and one is single, a figure that reveals that within the country there are just over 21.2 million dads whose ages range from 15 years of age and older. Figure that reveals the number of parents that exist within the country, and who perform all kinds of jobs and tasks; who should be present in the daily life of their children and their home, performing all kinds of tasks necessary to improve daily life, beyond being the provider of a home.

Balenciaga and Prada at 3 dollars in Mexico? From Monday, at the Meta store
Consumer shows why he prefers to buy in Chedraui and not Soriana; “Not even with their 3×2 do they do it”
This is how the chaos was experienced after the return of the Monster High dolls to Mexico
He wakes up from anesthesia and only remembers Batman, “he even forgot his family”