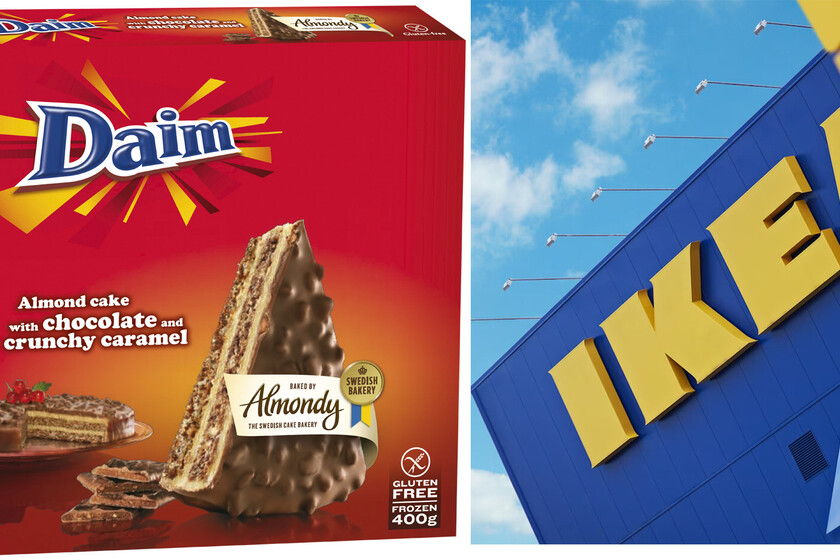 Ikea has announced that it is proceeding to withdraw a number of lots from its Daim almond, chocolate and caramel ice cream cake of its stores, after detecting the presence of metallic fragments in one of its products. Although no case associated with this alert has been reported in Spain, it is recommended not to consume and return to the point of sale.

It has been the supplier company of Ikea itself, almondywhich has detected the foreign bodies in one of its internal self-control processes, immediately notifying the company, which has transferred the information through the European Food Alert Network (RASFF) and which has been echoed by AESAN in Spain.

The specific data of the affected product are the following:

The affected batch of this frozen cake has been distributed in Spain in the autonomous communities of Andalusia, Aragon, Asturias, the Balearic Islands, the Canary Islands, Catalonia, Castilla y León, the Basque Country, Galicia, Madrid, Murcia and the Valencian Community, although they are not ruled out. others.

As reported by Ikea, Almondy asks consumers who have purchased this product in one of the stores to return it to the location where they purchased it to receive a full refund of the same; You can also contact the company through the official website.

In DAP | Food alert in Lidl for Salmonella: they withdraw this sausage and request that it not be consumed
In DAP | Food alert: Aldi withdraws its Pisto Fritada due to the possible presence of pieces of rubber

Read:  Director of The Black Phone talks about a possible sequel |