Bullfrag
Home Technology Gaming If you have 700 euros to spare, you have what you need... 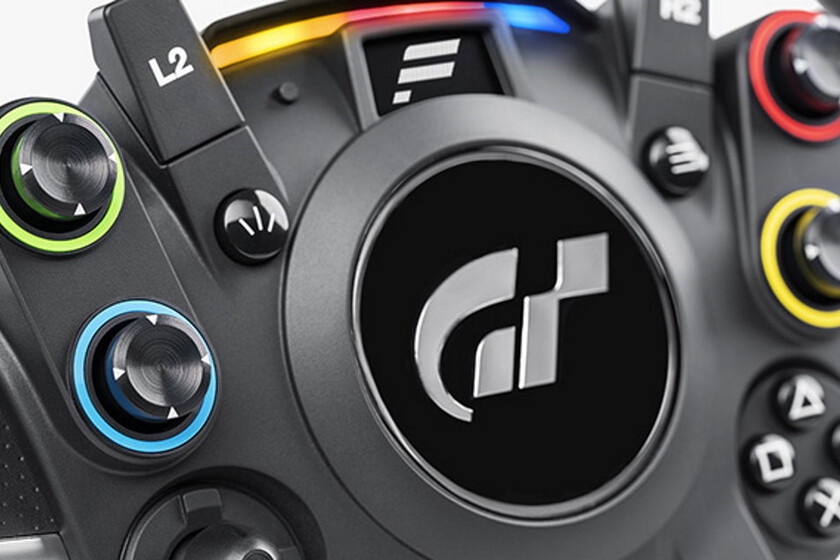 If Microsoft already has the latest installment of its flagship within racing games (Forza Horizon 5), Sony has its replica almost ready. Because Gran Turismo 7 is just around the corner with its date set for March 7, 2022on both the new PS5 and the veteran PS4, which resists dying.

Logically, for an event of this caliber (Polyphony Digital has to come back after not satisfying everyone with Gran Turismo Sport, despite its clear commitment to eSports) a new officially licensed steering wheel to debut on PS5. And it comes to us from the Fanatec house. Your name? Gran Turismo DD Pro. And beware, your reservation is activated tomorrow from 699.95 euros.

As can be seen from its official page or the trailer on these lines, we are facing a steering wheel with Direct Drive technology to guarantee the force feedback most dynamic and smooth on the market. Or at least that is what its creators claim. In addition, they have collaborated with Polyphony Digital for its design …

Much has rained since Gran Turismo 3 precisely implemented force feedback technology (2001, to be exact), being two decades later before its evolution thanks to the aforementioned Direct Drive, with much more professional features. Without going any further, its engine has been developed in Germany specifically for driving simulators and with FluxBarrier technology.

All this translated into a clearer language means that there will be more precision, a greater sense of realism and where any small detail will be noticed much more clearly. Besides, it has been designed to be comfortable to use without affecting the response with each turn.

Read:  Scorn has been delayed until 2022

Fanatec has announced several editions of this steering wheel, starting from the basic model (699.95 euros) with 5 Nm torque, steering wheel, the Direct Drive base, two pedals and the relevant connections; shooting up to 849.95 euros if we want a torque of 8 Nm (with larger feed). There will even be a Premium bundle with an additional pedal and other extras for 969.85 euros. All with book from November 26 and scheduled for launch in March 2022, the month in which it will hit the market precisely this Gran Turismo 7.

And what about compatibility? Its creators make it clear that it will be compatible with PS5 and PS4, apart from many racing video games published on PC.