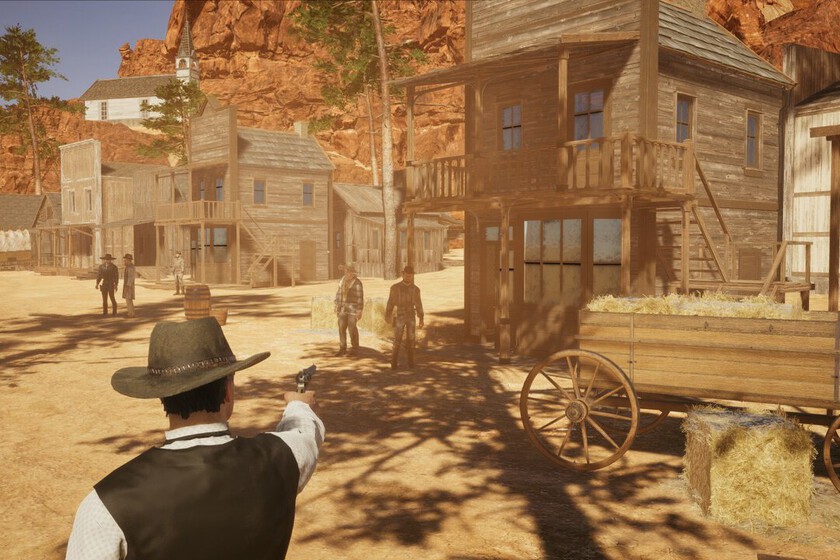 The survival genre is one of the sweetest. There is always a game that achieves an explosion of enormous popularity, being able to verify it in examples such as Valheim, Rust or the most recent rafting. All of them place us in contexts fantastic, apocalyptic or unusualbut this time the proposal is much more real.

And it is that Wild West Dynasty It proposes us to throw ourselves into the middle of the 19th century on the west coast of the United States and we already know what that means if we have played Red Dead Redemption 2. Gunfights, gold, incessant dangers and the feeling that a false step can mean our death Instantly. To experience all this, we will embody a lone survivor in one of the hardest times of humanity.

In the work of Moon Punch Studio we can build our own farm to start collecting resources. Food will be plentiful if you take care of livestock properly, it will be possible to hunt animals, and the reward will be some good gold coins for selling skin and meat.

Little by little, other adventurers will want to settle on your land and this will be how a tavern, the sheriff’s office, the blacksmith shop and all kinds of establishments will begin to emerge. In fact, we can be the mayor of the city, being able to defend the area from the bandits. In addition, if we find a partner, an heir of ours will continue the successful dynasty that we have started.

Wild West Dynasty It promises a multitude of quests, dialogue options, dynamic weather, exploration, management, and skill trees. We certainly won’t have time to get bored when it comes out sometime in 2022 for PC.

BlackRock offers, for the first time, investments in bitcoin to its institutional clients